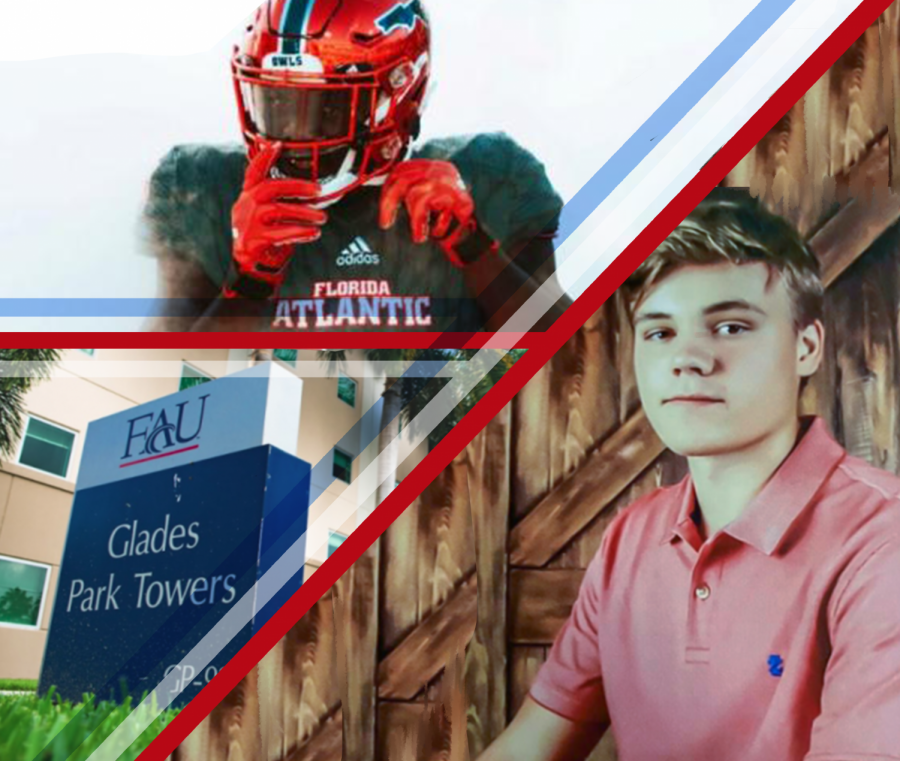 The death of Issac Nunamaker, Tim Bonner, and the death of Carole & Barry Kaye make up some of the most viewed stories of 2020.

All statistics are accurate as of December 20th, 2020.

January: Bong Joon-Ho’s “Parasite” talks about class inequality and it’s brilliantly done by Editor-in-Chief Zachary Weinberger with 1629 views
The now four-time Oscar award-winning movie by Bong Joon-ho took both the world and FAU by storm, as it played at the Living Room Theaters. Weinberger called it, “one of the most thrilling and funniest movies of the year” and highlights the rainstorm sequence in the climax of the film.

February: Not everything is so magical in the Disney College Program by Staff Writer Kimberly Swan with 13936 views. This story is also the fifth most-viewed story of the year.
Madalynn Ralston, a senior psychology major at FAU, was called racist by a park guest for not letting them into the park for “Extra Magic Hours,” and Lindsey Cartwright, a senior interdisciplinary studies major, had her foot almost broken by a guest in a handicap scooter trying to get on the Peter Pan ride.

April: Dead body found in FAU dorm last week by Managing Editor Joseph Acosta with 143869 views. This story is also the most viewed story of the year.
On April 7th, the body of FAU freshman Isaac Nunamaker was found alone in his dorm. Body identified on April 26th, it wasn’t until about seven months later that the manner of death was released, declared undetermined.

Honorable mentions:
These other stories posted in April got the second, third, and fourth most amount of views this year.

Student in GPT death identified by Managing Editor Joseph Acosta with 25244 views, the second most viewed story of the year.

Analysis: Tim Bonner has all of the tools to be an NFL player — can he do it consistently? by Managing Editor Joseph Acosta with 23906 views, the third most viewed story of the year.

FAU donors Barry and Carole Kaye die of COVID-19 by Web Editor Marcy Wilder with 21999 views, the fourth most-viewed story of the year.

May: FAU to be used as a COVID-19 testing site by Managing Editor Joseph Acosta with 7371 views
For Palm Beach residents, the FAU Tech Runway is being used as a testing site for anyone over the age of 12, as long as you have an appointment.

June: Opinion: Black Lives Matter isn’t a social media trend, people are getting killed by Former Managing Editor Israel Fontoura with 13658 views
“All Lives Matter appeals to the pathos of a unified society where race doesn’t matter, but this notion is pure ignorance. Black Americans are disproportionately incarcerated, killed, and assaulted compared to any race in the U.S. And it’s going to keep happening until we speak up and dismantle the system,” says Fontoura about the performative activism he sees on social media.

July: Opinion: Conference realignment in the wake of the coronavirus would be a win for FAU by Sports Editor Jensen Jennings with 2307 views
To Jennings, a merger between Conference USA and the Sun Belt Conference would be great for all parties involved, making FAU games closer to home and more accessible to fans.

September: FAU reports 42 positive COVID-19 cases in new system that updates every 30 minutes by Editor-in-Chief Zachary Weinberger with 1921 views
Using Microsoft BI, FAU created a case data system that refreshes every 30 minutes with new numbers if there are any. According to FAU Spokesperson Joshua Glanzer, all numbers “come from positive test results that have been directly reported or recorded to Student Health Services.”

October: FAU makes revisions to the spring schedule, spring break canceled and semester to end a week early by Editor-in-Chief Zachary Weinberger with 572 views
“In alignment with many of our peer institutions in the State University System and with the well-being of the university community as our foremost concern, Florida Atlantic University will adjust the Spring 2021 academic calendar,” an email from the Office of Registrar said.

November: FAU Lab Coordinator Geri Mayer, 67, passes away from COVID-19, virtual memorial service to be held Sunday by Editor-in-Chief Zachary Weinberger with 1213 views
Geri Mayer, a lab coordinator at FAU, passed away on Oct. 8 at the age of 67 due to COVID-19 complications. “On a personal level, we will all fondly remember Geri’s office as the departmental water cooler of sorts where faculty, staff, and students could spend hours catching up on the latest happenings within the department,” said Dr. Sarah L. Milton, Chair of the Department of Biological Sciences.

December: FAU reaches close to 370 positive COVID-19 cases, tells students that most classes for the spring will have an option to attend virtually by Editor-in-Chief Zachary Weinberger with 348 views
“The vast majority of in-person classes will allow you to attend your classes remotely,” said the Office of Registrar in an email. According to the distribution map provided by the FAU coronavirus updates page, Boca Raton houses the most cases by a wide margin with 97.3 percent and as part of the active cases, all 11 are at the main campus.

Marcy Wilder is the web editor for the University Press. For information regarding this or other stories, email [email protected] or tweet her @MarcyJWilder.