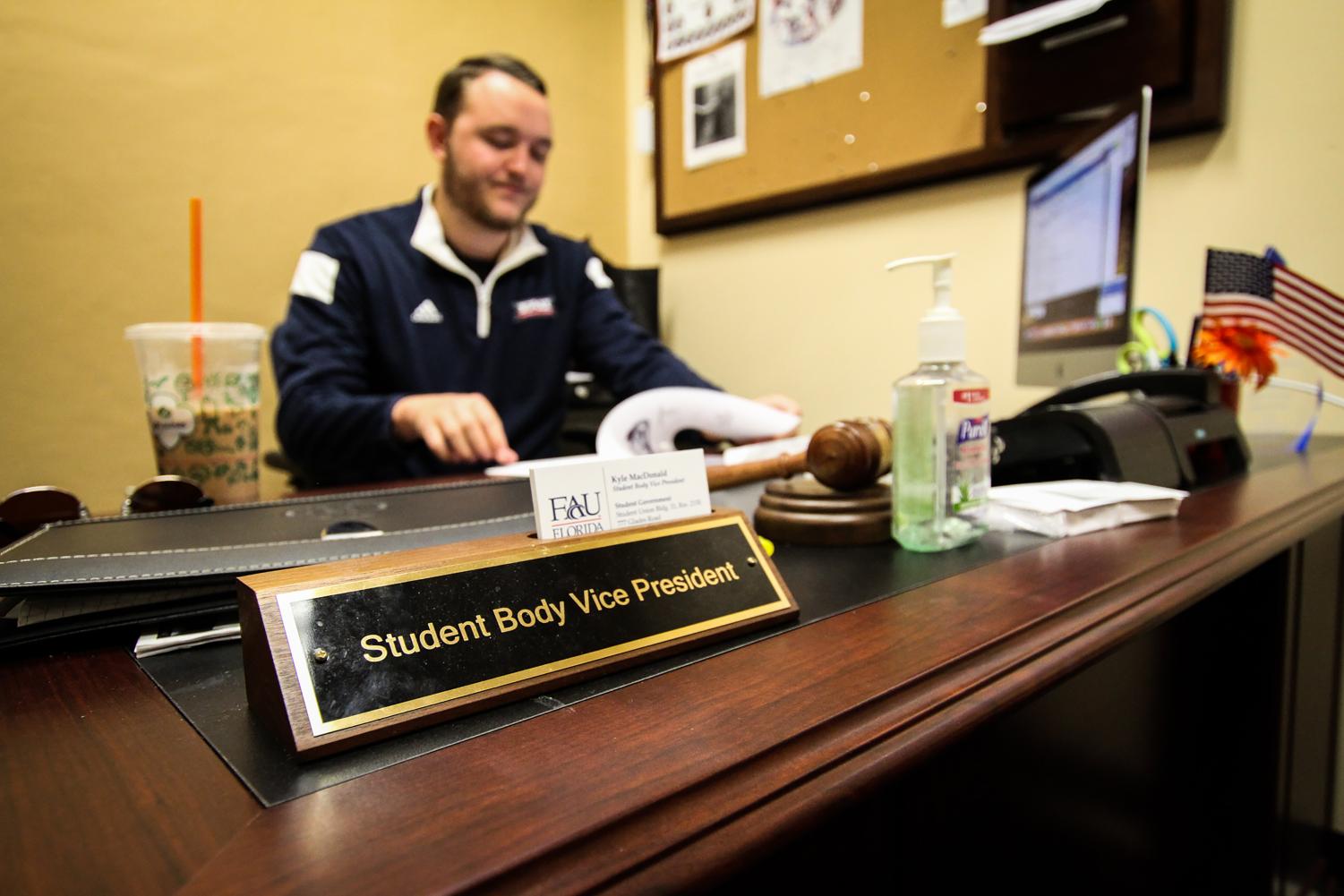 VP-elect Kyle MacDonald sits at his desk in the Student Government offices. He has taken over as temporary student body president. Photo by Alexander Rodriguez

VP-elect Kyle MacDonald sits at his desk in the Student Government offices. He has taken over as temporary student body president. Photo by Alexander Rodriguez

Instead, her VP Kyle MacDonald took over earlier this month as Student Government’s head honcho — for now.

This is despite LaBayne’s first win in the spring presidential election and her second in the subsequent special election.

What’s with the wait?

MacDonald’s presidency is only temporary for one reason — the special election results haven’t been finalized yet.

This can only happen once the Student Court hears out election “contestation appeals.” (See sidebar “Contestation Breakdown” below story.) After the hearing, LaBayne can serve as president.

But between summer starting and SG members leaving town, Student Court Chief Justice Isaiah Moriarity said it’s been difficult to schedule a hearing. He added that he’s aiming to hold the hearing June 16.

What happened to the previous president?

This absence, according to the SG Constitution, means current student body VP MacDonald would take over as president, Van Pelt said.

Now, MacDonald is tasked with hiring a new VP. He told the UP that he’s currently interviewing candidates.

Explaining what contestations are, why they matter, and how they shape election results.