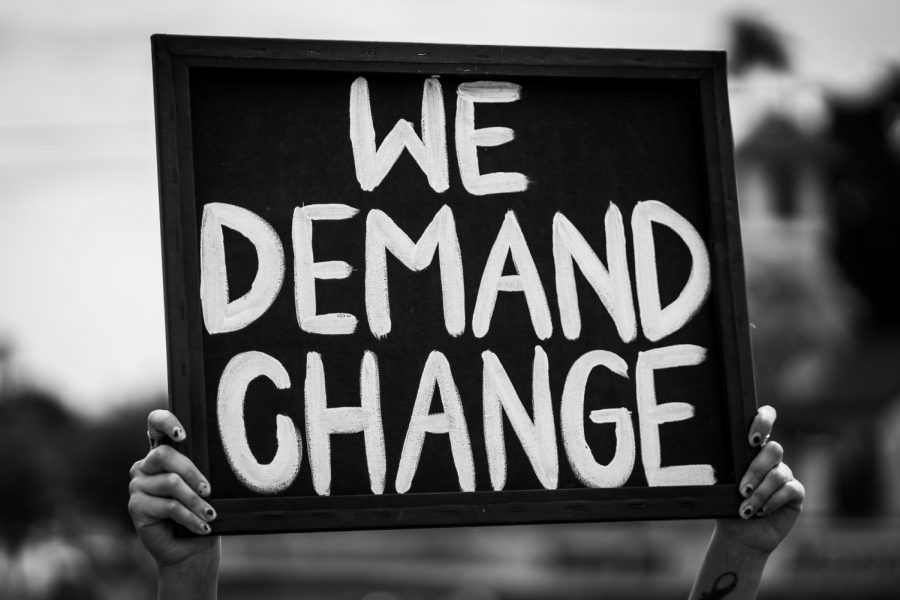 With 2020 over, let’s take a look back at the social activism led by FAU students, faculty, and alumni in support of Black Lives Matter. 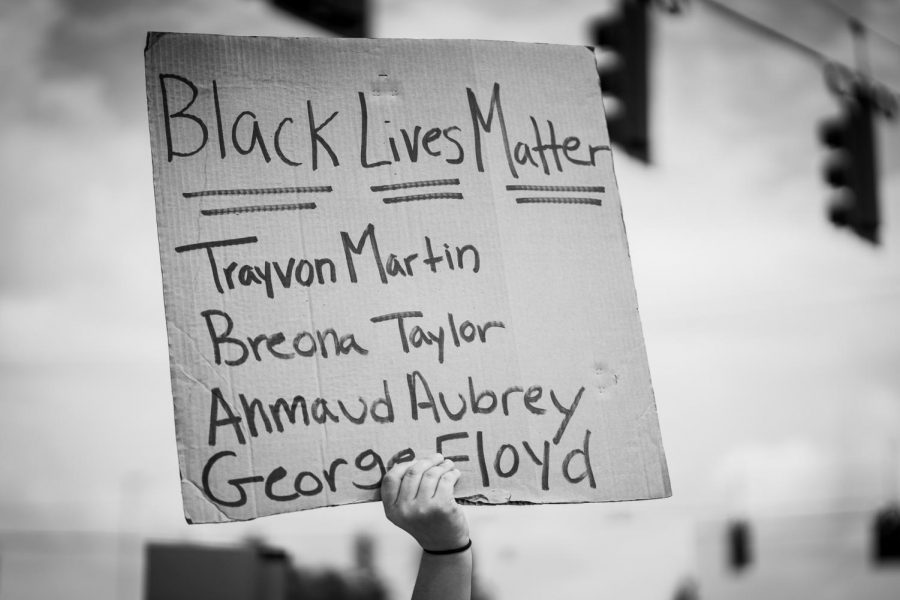 From trending hashtags and posts of black squares, to petitions and protests demanding change, 2020 has been full of social justice action. As we start the new year, let’s take a glimpse back at the social justice activism at FAU in response to the injustice of police brutality and racial discrimination in America.

Following the deaths of Ahmaud Arbery, Manuel Ellis, Breonna Taylor, George Floyd, and countless others, students and alumni have organized protests, circulated petitions, and led discussions about racial injustice across the nation — and here at FAU.

Ahmaud Arbery was the 25-year old son of Wanda Cooper-Jones and Marcus Arbery Sr. While jogging, Arbery was pursued by three white residents and was murdered due to a fatal gunshot wound near Brunswick in Glynn County, Georgia.

Manuel Ellis was a 33-year-old musician at his church, and father of two children: an 11-year-old son and an 18-month old daughter. In Tacoma, Washington, Ellis was struck repeatedly by officers during an arrest in March as he lay on the ground, and died shortly afterward.

Breonna Taylor was the 26-year-old daughter of Tamika Palmer, and a decorated Emergency Medical Technician (EMT). Taylor was fatally shot when white officers out of uniform raided her apartment in Louisville, Kentucky.

George Perry Floyd Jr. was a 46-year-old fiancé to Courtney Ross, and father to his 6-year-old daughter, Gianna Floyd. Floyd was killed during an arrest after being suffocated to death as one of four police officers knelt on his neck for eight minutes and forty-six seconds in Minneapolis, Minnesota.

Tony McDade was a 38-year-old African-American transgender man and was the perpetrator of the fatal stabbing of Malik Jackson on nearby Saxon Street. McDade was killed by the police due to a fatal gunshot wound in the Leon Arms apartment complex in Tallahassee, Florida.

Dr. Andrea Guzman Oliver, FAU’s Associate Vice President for Student Outreach and Diversity, noted that to fix the issue of racism, education and legislation need to be updated. Dr. Oliver was featured in a panel hosted by Florida State Senator Lori Berman titled, “As Women, As Leaders,” via Zoom, including 11 other community representatives discussing racial injustice and education.

Rayshard Brooks was the 27-year-old husband of Tomika Miller, and father of three daughters: 1, 2, and 8 years old, and a 13-year-old stepson. Responding to a complaint that a man was blocking a restaurant drive-thru lane, Brooks lost his life from a fatal gunshot wound by a police officer in Atlanta, Georgia.

On June 15, a peaceful protest at the intersection of Glades and State Road 7 was the destination for nearly 200 protesters in support of the Black Lives Matter movement. Students organized the protest for students. Weinberger writes, “The fight isn’t over, and it won’t be for a long time.”

Celebration and remembrance as students commenced with live music, barbecue food, and numerous guest speakers on June 19. Hosted by the Progressive Black Men chapter at FAU, the event was one to remember with over 200 members of FAU’s Black community and allied supporters gathering in solidarity and commemoration in the wake of recent protests.

On June 29, in the wake of a national outcry against racism and police brutality, FAU senior Sydney Seeley stood along Federal Highway with over 75 protestors, holding signs in support of the Black Lives Matter movement.

In an interview, Acosta spoke with President John Kelly and Associate Vice President of Outreach and Diversity Dr. Andrea Guzman Oliver who have been working to improve the diversity of FAU’s campus.

Dr. Larry Faerman, Interim VP for Student Affairs, hosted a five-day session on racial inequalities and discrimination. The conversation was directed toward students who identified with specific racial/ethnic identities to provide feedback related to any significant circumstances they’ve faced throughout their college experience at FAU.

The Division of Student Affairs hosted a Webex session for students who identify as Black/African American to discuss their experiences, and perspectives on racial inequality, diversity, and representation at FAU. With 35 virtual attendees made up of faculty and students, the virtual forum was set up in a question and answer format for students to convey their thoughts on how FAU addresses issues of racial inequality, diversity, representation and discrimination.

When asked about racial injustice on campus, students asked FAU to simply do better. During the discussion for students who identified as Hispanic/Latinx, they admitted that they have felt ignored and neglected throughout their college experience, most notably during this time of adjustment and change for nation and university.

While the point of the talk was aimed towards people that were White/Caucasian, most of the students who spoke up identified themselves as Black/African-American. The notable lack of attendance and silence by members of the White/Caucasian community during the discussion spoke volumes in regards to the issues of racial awareness and inequality at FAU.

Jacob Blake is the 29-year-old fiancé to Laquisha Booker and father to three children ages 8, 5, and 3 years old. While trying to break up a dispute between two women, Blake was shot seven times by police in Kenosha, Wisconsin. Blake, now paralyzed, is recovering from injuries to his arm, kidney, liver, and spinal cord with his family in Illinois.

While some clubs and student organizations are hesitant to speak out on matters of racial injustice and police brutality, the Black Student Union (BSU) and National Organization for Women (NOW) believe everyone should be actively using their platforms to show support for the BLM movement.

The Black Lives Matter movement has affected students, organizations, and faculty alike at FAU. The effort to continue supporting and pursuing equality is paving the way for more inclusive conversations, drastic changes, and representation at FAU and across the country.

Darlene Antoine is the Features Editor for the University Press. For information regarding this or other stories, email her at [email protected]