From his initial blog posts claiming the Sandy Hook shooting was carried out by the U.S. government to the start of his legal battle against FAU, we look at the conspiracy theorist’s history with the university. 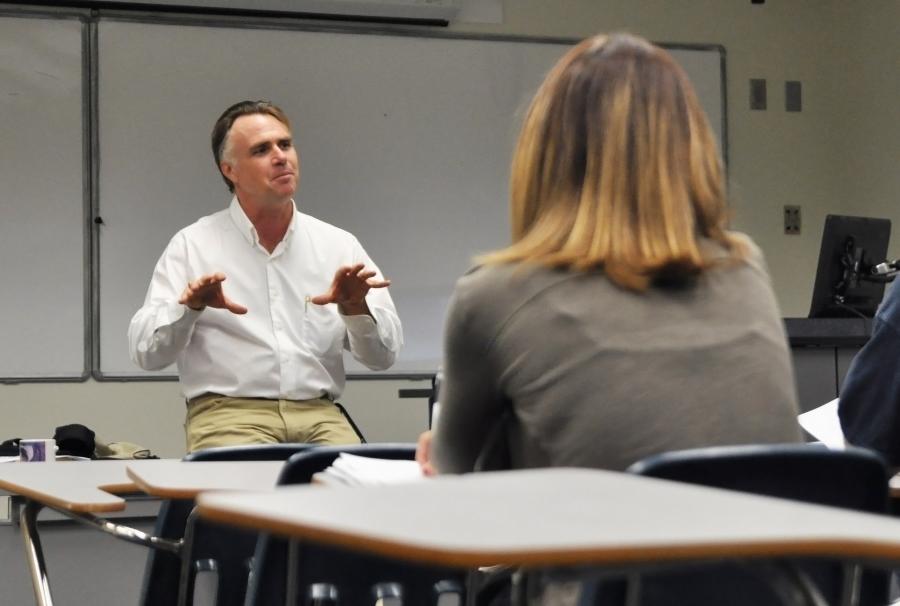 James Tracy introduces himself in his first class of the semester following the media coverage of his blog posts about the Newtown shooting. Photo by Michelle Friswell

Teaching a class on conspiracy at FAU, former communication professor James Tracy was no stranger to controversial topics. But, he became surrounded in his own controversy after being fired in January 2016.

That wasn’t an end to Tracy’s time in the spotlight though, but instead the start of a case that brought up questions of freedom of speech. Those concerns were related to his blog where Tracy theorized the U.S. government was behind the Sandy Hook and San Bernardino shootings to affect laws pertaining to gun policy.

Following his firing, Tracy sued the university, claiming it attempted to restrict his First Amendment rights.

With Tracy’s federal court case starting today, we look into the chain of events that led up to the lawsuit.