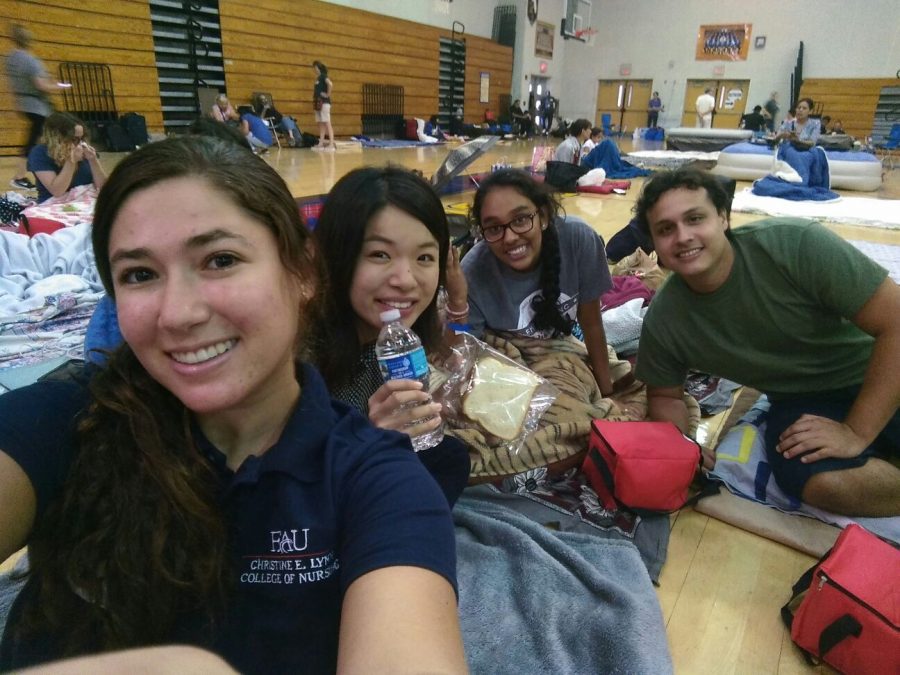 It was the Thursday night before Hurricane Irma made landfall and 18-year-old John Gao was alone in his Glades Park Towers dorm room.

The freshman English major had just received an email from FAU Housing, and he was nervous to open it.

After reading the announcement, his fears were confirmed. All remaining on-campus residents were to be evacuated to a nearby shelter the following morning, Sept. 8.

“I was frantically online googling, ‘What are hurricane shelters like?’” John said.

He came across articles from when Hurricane Katrina hit that described dangerous and violent conditions inside shelters, which he said only further worried him.

Preparing for the worst, John stuffed his suitcase mostly with water and food.