Tenth annual bonfire goes off without a hitch

The event lasted from 7-10 p.m. and ended with the lighting of the bonfire.

Editor’s note: A previous version of this story stated that the University Press reached out to assistant director of Student Activities and Involvement Richard Mahler for comment, but did not receive a response as of publication time. Due to a new writer’s miscommunication and inexperience, Mahler had not been contacted. The text in question has been removed as of Sept. 16.

In an attempt to increase school spirit ahead of the first football game Friday, the 10th annual bonfire was held Thursday night on the Housing Lawn.

Between fence construction, bathrooms, production, and artist pay, the event cost around $40,000, according to the assistant director of Student Activities and Involvement Richard Mahler.

Hip-hop violinist Josh Vietti took the temporary stage around 7 p.m. with help from Owl Radio’s DJ Alex Roy and FAU’s mascot Owsley. Only a handful of students were in attendance as Vietti played along to a wide array of hip-hop and pop music. 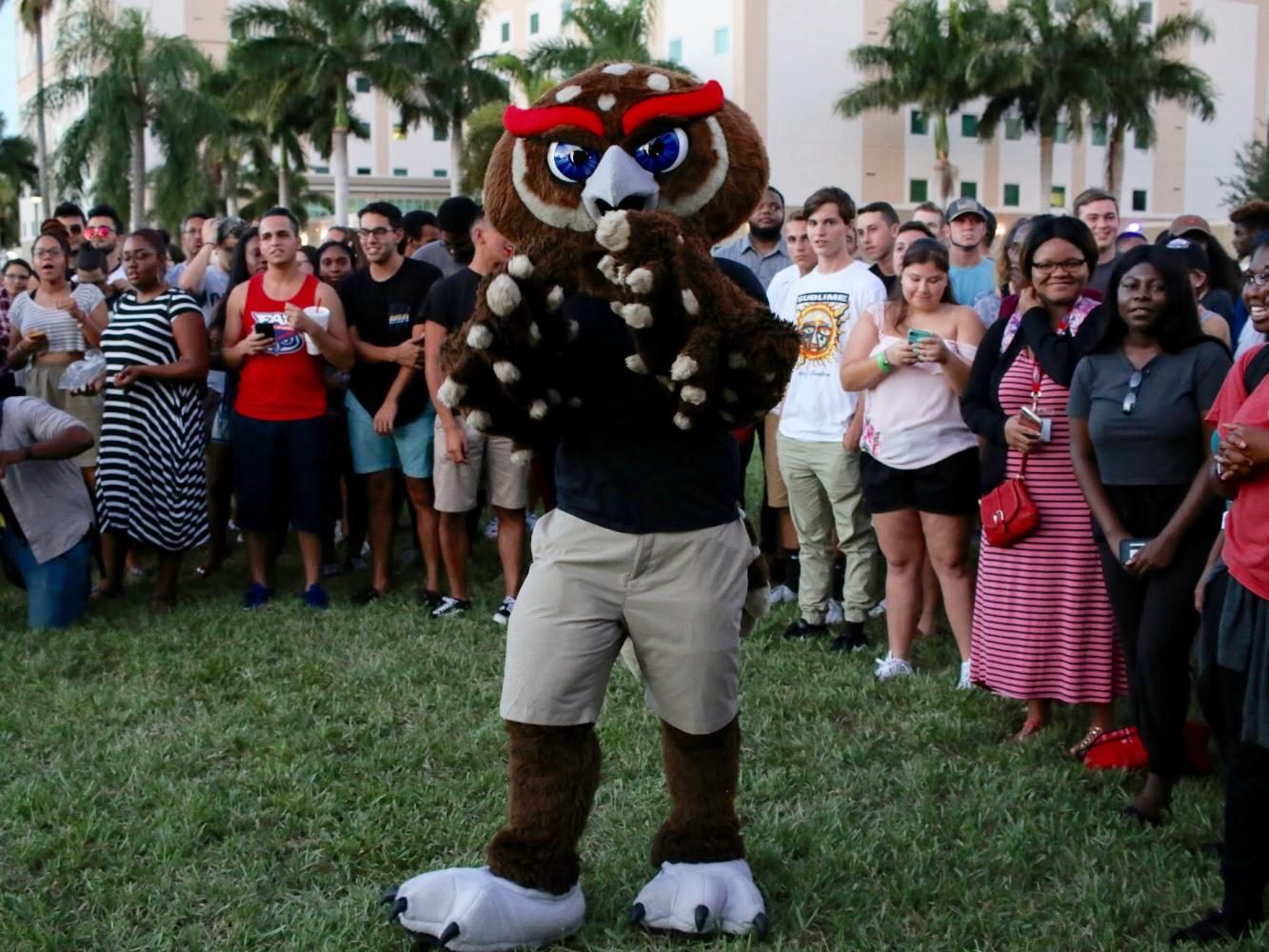 The crowd increased quickly over the next hour, and before 8:30 p.m., several thousand students were gathered in front of the stage. Before headliner Yung Joc performed though, FAU’s drumline, its cheerleaders, and even head football coach Lane Kiffin took the stage to promote Friday’s football game versus Navy.

Kiffin told students to “bring your energy tomorrow so our players will feel you, so we can win the game based off of your energy.”

Free FAU T-shirts were tossed out into the crowd by several of the football team’s captains after Kiffin exited the stage. 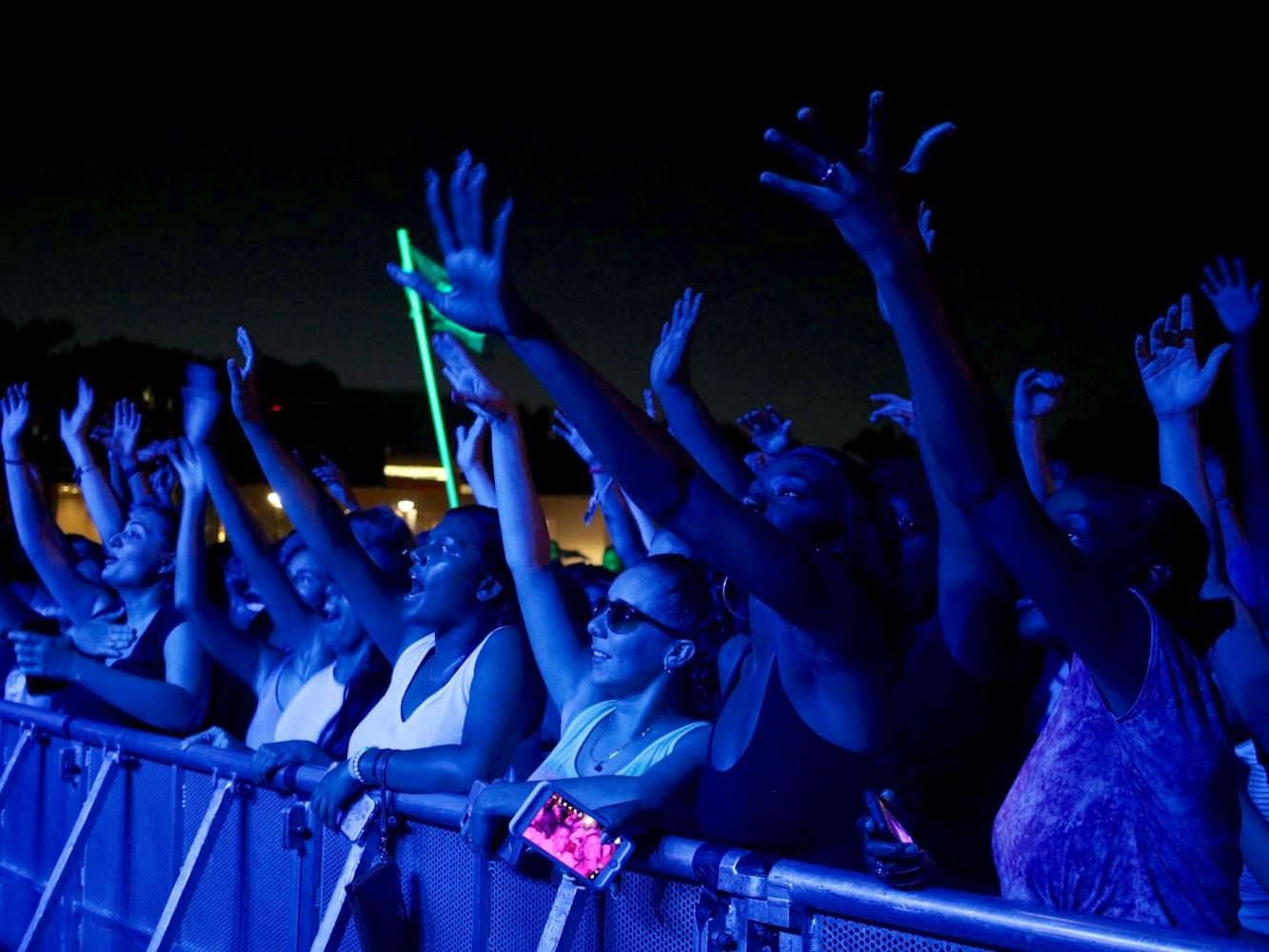 Headliner Yung Joc, real name Jasiel Amon Robinson, and his DJ then came out on stage. The DJ played a mix of famous early 2000s songs as well as some current hits.

“You could feel that the concert just instantly got better,” freshman business major Adam Roidman said.

The rapper subsequently tried to get the audience to engage in cheering competitions. He rapped some of his own hit songs, while also singing along to music from many other popular rap artists.

While rapping to his biggest hit, “It’s Goin’ Down,” Yung Joc called several female students onto the stage to dance, and even took time to dance with some of them individually after proclaiming that he “was single.” 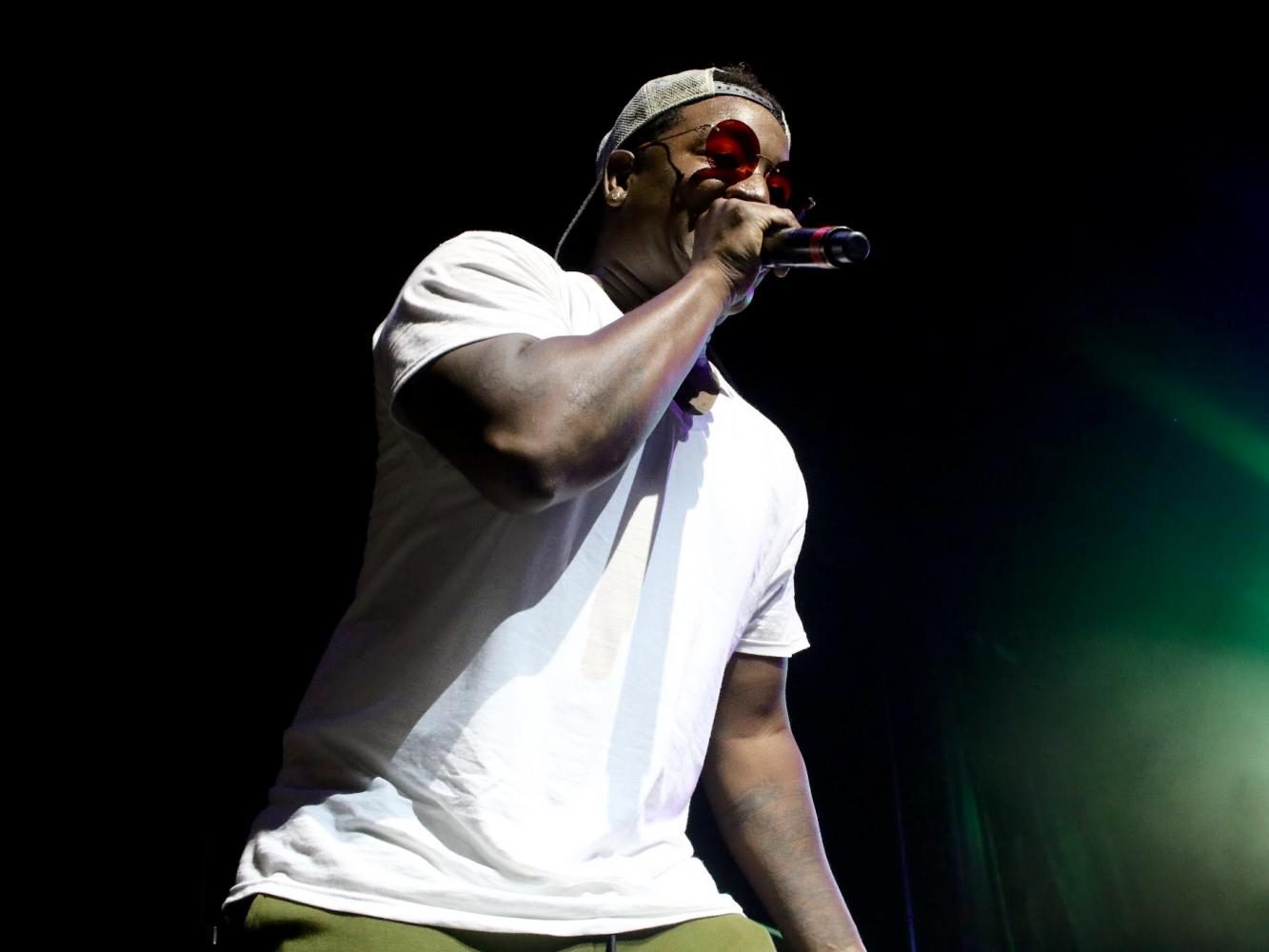 Joshua Giron | contributing photographer
He also danced with Owlsley on stage and gave many shoutouts to members of the football team.

The concert ended promptly at 10 p.m. and students quickly walked over to the bonfire constructed only a few hundred feet away.

The bonfire sculpture was in the shape of a football and was painted in FAU’s colors, red blue and silver. After burning for around 15 minutes, a metal owl was revealed to be the center of the sculpture, after which the fire was extinguished.

Thomas Chiles is the features editor of the University Press. For information regarding this or other stories, email [email protected] or tweet him at thomas_iv.

Ross Mellman is a contributing writer with the University Press. For information regarding this or other stories, email [email protected].