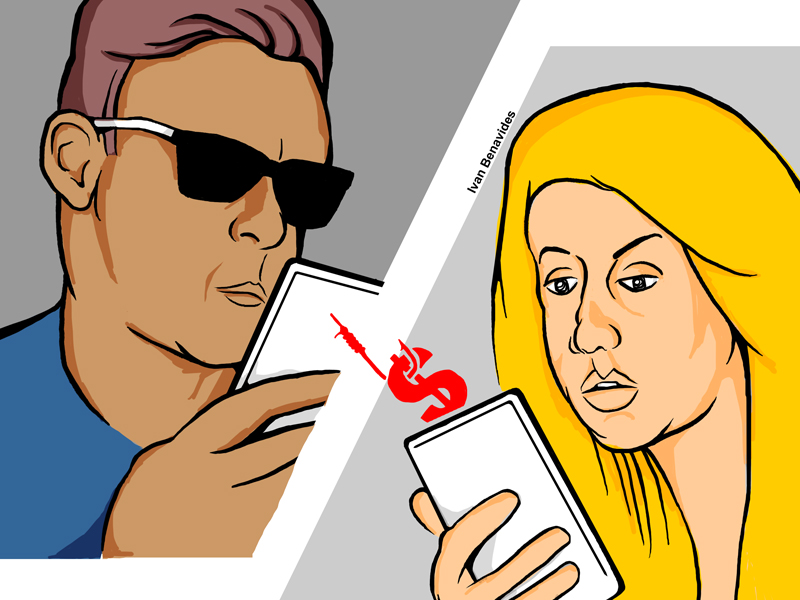 Fraud Watch: Scam artists are everywhere, including this university

If someone asked you over social media if you wanted to make some extra money, would you reply?

One student did, and she ended up sending her personal information to “a business man” and his associate, who later allegedly stole $1,400 from her bank account, according to FAU police.

University police filed subpoenas with T-Mobile/metroPCS, Sprint and Instagram, launching an investigation to obtain all communication between the suspects and victim. FAU student and former recreation center employee Damian Francois was later positively identified after the victim was shown a photo lineup.

The investigation concluded with the arrest of Francois on July 20, 2017.

How it all began

Editor’s note: The following text messages were obtained by the University Press from FAU police’s subpoenaed phone records between the victim and alleged suspects.

Francois contacted the victim through an Instagram direct message in January 2016, asking if she was looking to “make some money,” FAU police records say. He assured the victim that more than $3,500 could be obtained through a legal “free loan” opportunity presented by Citibank. 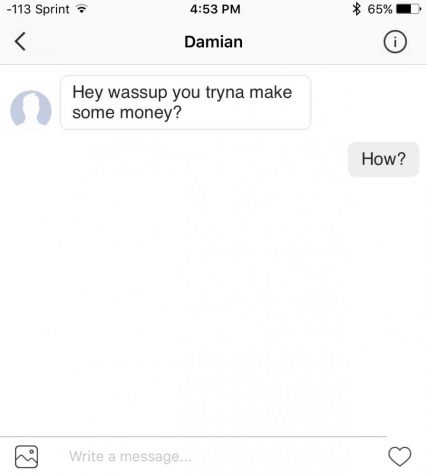 They exchanged phone numbers and began text messaging back and forth. Francois sent her a screenshot of an “unknown bank account statement” in an attempt to prove his business transactions were legitimate. The statement isn’t available to view from FAU police records.

After showing concern about sending her bank information to Francois, the victim asked how she knew that she could trust him. 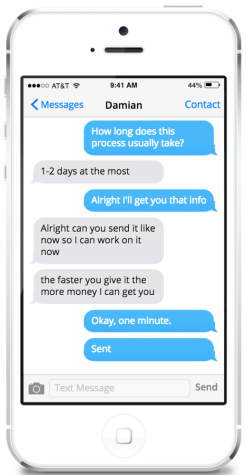 Another suspect gets involved

The victim was later contacted by Francois’ associate, who remains unidentified on the police report. They told her they needed her debit card. She and the associate met up outside the FAU Boca campus Engineering East Building where she handed it over, FAU police said.

She became suspicious after the associate asked her to find out what her overdraft limit was at her bank, Citibank. She checked her account and saw that the $320 she needed to buy school books with had been withdrawn, so she quickly called the associate, according to FAU police.

The associate then tried to convince the victim not to question suspicious activity in her bank account.

He then proceeded to ask for her Social Security number, which she sent to him via text message, an FAU police report says. 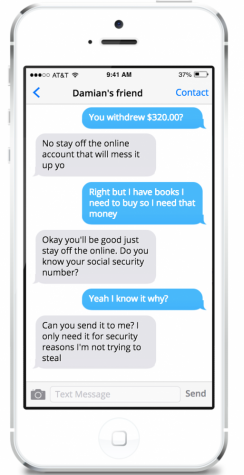 On Jan. 23, 2016, Francois’ associate contacted the victim via text message, instructing her to call Citibank’s Fraud Early Warning to remove an account error.

He then told her to tell Citibank that a $3,580.23 deposit was for a car dealership and a $750 deposit was for “job payments,” and to say that she deposited these checks at two locations in different cities, FAU police said.

She then re-contacted Citibank to find that her account was being investigated for suspicious activity surrounding the missing $320, FAU police said.

On Feb. 2, 2016, the victim’s mother contacted her with cell phone screen shots of fraudulent checks made out to what looks to be the victim’s first name, and Francois as the last name. The checks were not from Citibank, but a company named “Serenity Home Health Care, Inc.”

The scam is realized

The victim texted and called Francois’ associate, but didn’t receive a response.

The associate later called back and said she should text them about the matter and ended the phone call, FAU police said.

On Feb. 4, 2016, she attempted to make contact again with Francois and his associate and said she would be calling in the afternoon. She then called them individually, but neither answered, according to FAU police.

The victim waited another day to hear back from one of them. The two then blocked her phone number, as well as her social media accounts, university police records said.

She said she was giving them a chance to return her money that was removed from her account without her consent, FAU police records said.

By this time, Francois and his associate had withdrawn $1,420 in cash from multiple ATMs, univeristy police said. 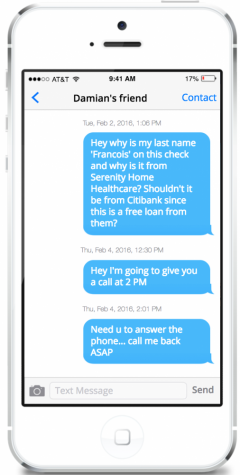 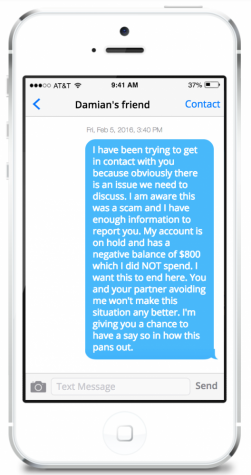 The victim contacted FAU police and met with university officer William Hernandez on Feb. 6 2016. He then requested that she contact the two by phone and record their conversation. Francois and his associate ignored her call and she left voicemails requesting them to contact her back about Citibank’s inquiries on her bank account.

The officer filed subpoenas for their cellphone records and found enough evidence to charge the suspects with four crimes: organized scheme to defraud, aggravated white collar crime, criminal use of personal identification information and grand theft, according to FAU police.

The unidentified associate’s charges are unavailable to view. Francois is facing fraud and grand theft charges, totaling a $9,000 bond, which was lowered to $6,000, according to the Palm Beach County Sheriff’s Office.

While Francois and his associate are facing criminal charges, some FAU students believe some of the fault falls on the victim.

“It’s her fault for giving him her information,” said Brittany Joy, a sophomore neuroscience major. “I know that you should never give away your social security number. Even if he was my boyfriend I would ask him, ‘Why do you need my social?’”

“You shouldn’t let your guard down,” said computer science sophomore Sidharth Praveen. “There are people that will trick you into thinking they are your friend and then stab you in the back. She was really naive and bought it.”

Others aren’t holding it against the victim.

“Getting scammed can happen more easily than you think,” said John Davidian, junior and biology major. “Most people wouldn’t expect someone you know to message you on Instagram just to try and steal your money.”

Keep your guard up

If you’re approached as a target of a scam, odds are it isn’t a personal thing — scammers target everyone, regardless of income, age and career. Here are a few tips to avoid potential scams.

Never give away your Social Security number. Once a thief has it, there’s no redo button. This applies to your full name, birth date and address as well.

If someone approaches you with a way to make money or gain something online — it’s most likely a scam.

Just because someone shows you “documented proof” doesn’t mean it’s legitimate. In the victim’s case, Francois showed her “proof” of an account he was able to put a free loan into. However, almost anything nowadays can be photoshopped or doctored.

Having someone guarantee you something doesn’t mean anything. Unless you have it in writing, you should avoid what you’re being offered.