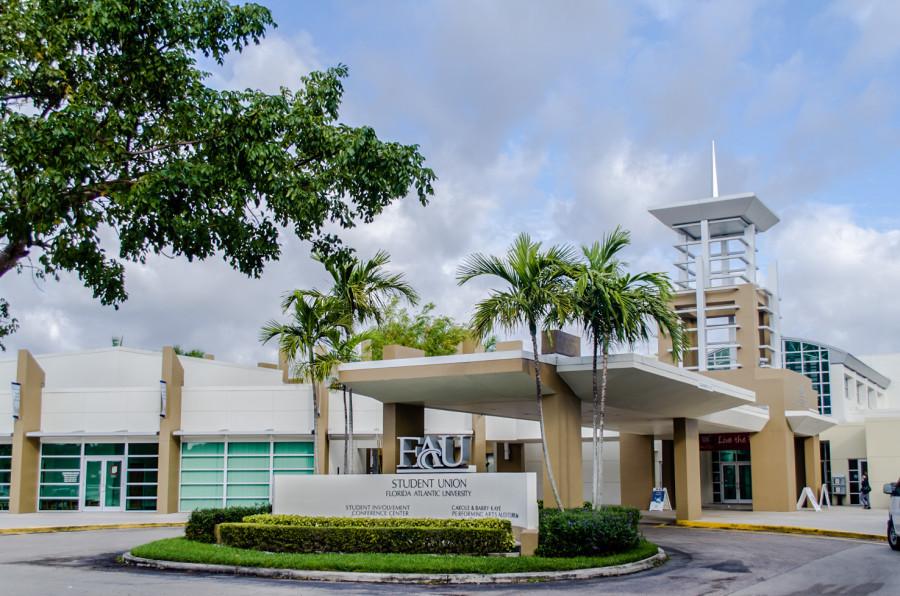 The Board of Governors will meet in the Majestic Palm Room of the Student Union.

Most of it used to go to you, but now, more of it goes to administration. A 10-year trend shows that less and less money has been spent on students.

Eight years ago, America was in a recession. People were losing jobs left, right and center, but not at Florida Atlantic.

Instead, the university began to bring on more employees and used students’ activity and service fee dollars to pay them, a University Press investigation has found.

The activity and service fee is a $12.32 charge that students pay per credit hour that is supposed to fund programs and events for students.

Over the past decade, more and more of these dollars have gone to pay for administrative positions like “associate director of student involvement” and “senior fiscal assistant” in the Activity and Service, Accounting and Budget Office.

“I consider it a tax. You pay your taxes so that you can receive a benefit from it,” said Student Body Vice President Casey Martin. “We’re not maximizing the amount of benefits that students can receive.”

The amount of money going toward concerts, comedy shows and student activities has decreased by about 30 percent.

Money that once went to pay for concerts, comedy shows, new equipment, travel budgets and more is now being rerouted to pay salaries.

One of Martin’s duties as vice president is to chair the University Budget and Appropriations Committee, which is responsible for divvying up the activity and service fee.

These fees fund everything from Homecoming to Student Media, the Student Union to the rec center and everything else that provides extracurricular activities to students.

The issue with this process, however, is that the members of the UBAC can’t cut the amount of money going to salaries and benefits.

“Salaries and benefits is something that we can’t touch,” said Aaron Sherman, a voting member on the UBAC in 2015. “In the end most of it is recommendations.”

Nick Blume, the former Boca Raton campus treasurer who sat on the UBAC, thinks the administration has gone too far with the hiring process.

“I think we’re oversaturated with our administrative staff,” he said.

If any of these four decide they don’t like the proposal, it gets sent back down to the UBAC to be reworked.

In October of 2015, King explained to the UBAC that there were some expenses that A&S fee dollars should not be paying for. Months ago, he took steps to help save the committee money since it was forced to cut back.

Blume explained that because “enrollment has been going down … our A&S [budget] goes down.” With an expected decrease in enrollment next year, less money will fund the A&S budget.

The Leadership Education and Development Office — which paid $151,875 toward salaries and benefits last year — will now be funded by money from Student Affairs’ budget, which gets its money from the state, the Florida Lottery and tuition.

Another thing that Student Affairs absorbed into its budget was an overhead expense from the Campus Recreation Center and the Student Union.

Together, King’s department of Student Affairs will cover around $350,000 in expenses that were previously paid by revenue from A&S fees.

Despite King taking in some salary expenses, one office asked for more funding from A&S money.

In this year’s UBAC process, the Activity and Service, Accounting and Budget Office made a request for $225,600 — $45,000 more than last year — to bring on more professional staff.

However, Student Body President Edmunds proposed changes to this budget. She requested that ASAB have its student employee stipends cut down by $36,900, according to the proposal obtained by the UP.

Ishraaj Jolly, the fiscal manager for the office, did not respond as of publication time.

Edmunds also recommended that the director of Student Media’s budget be raised by $43,000 to pay for additional salaries and benefits, just weeks after the UBAC suggested cutting 21 of the 36 student jobs for media.

The biggest salary expenses that student fees pay for come from the Campus Recreation Center — which cost $741,677 last year — followed by the Student Union, which pays $520,748 to administrators.

Vice President Martin explained that “those are two of the largest tangible things that we pay for using activity and service fees.”

These expenses don’t appear to be going anywhere either, as they have already been cut down to the bare minimum, King explained in a UBAC meeting. He declined to answer additional questions for this story.

Despite the increase of money going to salaries over the years, Martin said that this is something Student Affairs is trying to change.

“What I’ve been told is that we are slowly weaning off salaries and benefits from activity and service fees,” he said. “These things take longer, to wean off departments … to incorporate and absorb them into the university itself as a facet. So it’s going to take a couple years.”

The increase started in 2007, when then-university President Frank Brogan became fed up with Student Government’s blunders.

An impeachment of SG’s then-President Dan Wilson for failing to make meetings and illegally using student activity and service fees to support the Republican presidential campaign were a few things that led to Brogan’s frustration.

“We can no longer allow Student Government to continue to operate in the selfish, immature and potentially unethical manner,” Brogan said in a letter to then-Student Body President Kirk Murray.

Brogan’s intention was to prevent further mistakes by giving the administration more control over SG decisions.

“Once you were duly elected in July, I had high hopes that the questionable practices and actions of Student Government would improve. That has not occurred,” Brogan’s letter read to Murray. “I therefore have no choice but to assume greater control over Student Government to ensure the effective representation of ALL FAU students.”

Student Body Vice President Casey Martin explained that because of this, Student Affairs played a role in constructing the budget, rather than allowing students to allocate the money.

Martin continued, saying that because of this restructuring, Student Affairs can no longer go without these funds.

“They’ve built a dependency on activity and service fees,” he said. “[They] are supposed to be for immediate support … and service for student benefit.”

Gregory Cox is the managing editor of the University Press. If you would like to contact him regarding this or other stories, he can be reached at [email protected] or on Twitter.