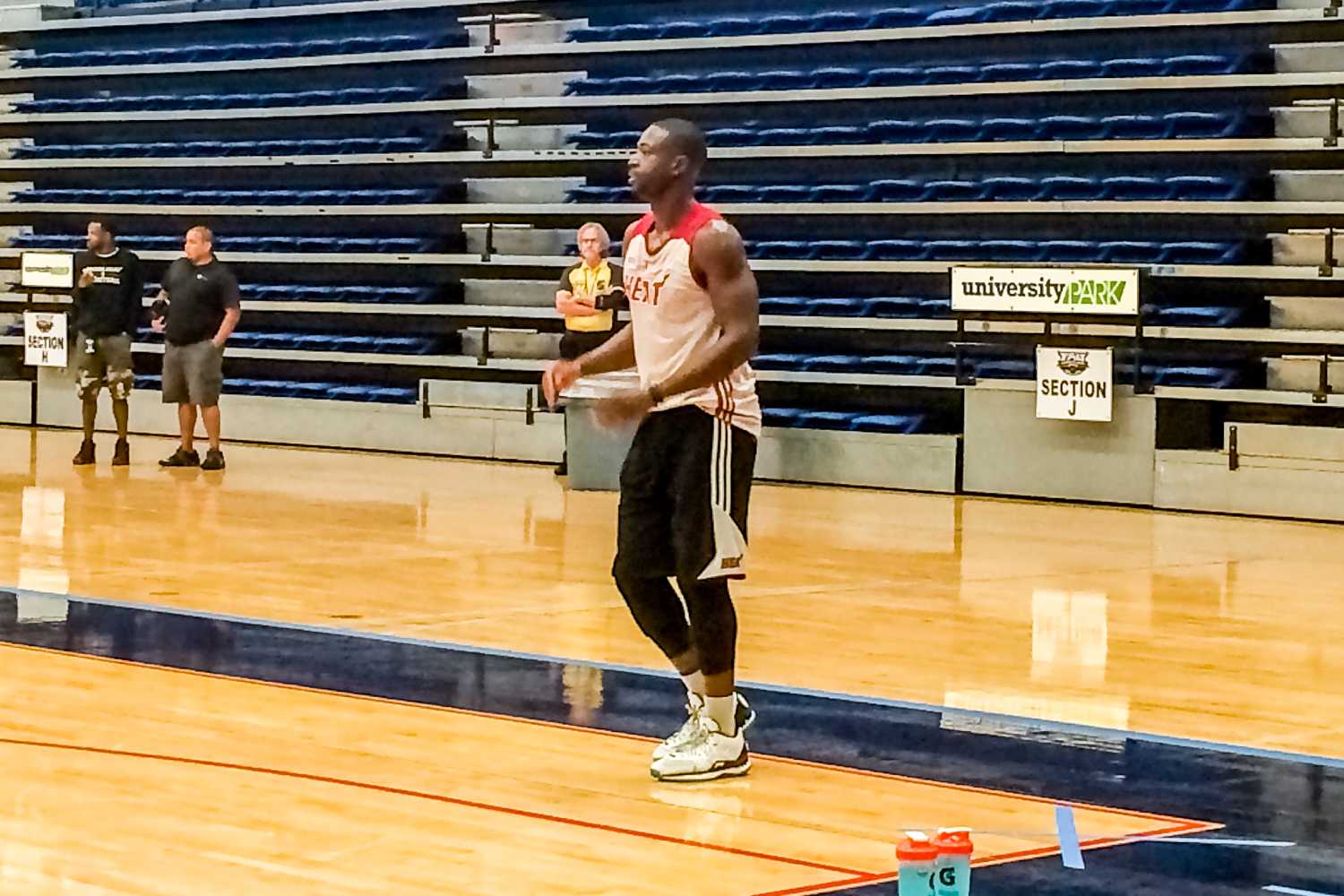 For head coach Erik Spoelstra, a return to FAU Arena with the Miami Heat was a reminder of his past experiences with the team in Boca Raton.

“I was actually up [in the stands] the entire time, filming all these practices,” he said. “I don’t really know what is was, it was just an awesome experience. It was my first job.”

Now coming into his eighth season coaching the team, Spoelstra is once again at FAU to hold a week of camp with his team.

Holding double practice sessions Tuesday and Wednesday, the team finished up with its final two-a-day on Thursday.

“Today was a great day. I think yesterday was one of the hardest days,” guard Dwyane Wade said. “After the first day, there’s so much anticipation on that first day, the second day you wake up and you’re body’s like ‘wow.’”

They will host single morning practices on Friday and Saturday to end the week before  playing their first preseason game at home on Oct. 4, versus the Charlotte Hornets.

Power Forward A’mare Stoudemire talks about joining the team and practicing at FAU:

Head Coach Erik Spoelstra remembers his past visits with the team to FAU Arena: