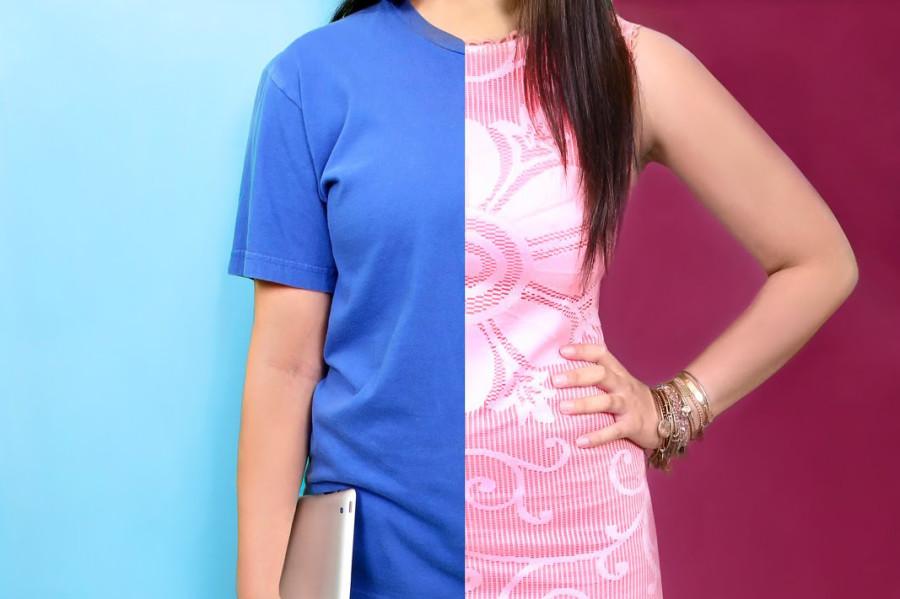 Why everyone should join Greek life

I can’t count how many times I’ve heard that line since I joined three years ago. I get it; I’m not your typical Elle Woods, bow-in-the-hair, Lilly planner* kind of girl.

Before I joined, my most creative outfit consisted of my Apple uniform and sneakers.  I spent my weekends challenging my friends to who could change a hard drive the fastest.

But I fit in anyway.

Not all sorority girls fit one description. Neither do fraternity guys. They don’t all wear Sperry’s and Chubbies (#SkysOutThighsOut*) and say TFM after everything they do.

A good friend of mine suggested I join a sorority. I really only did it because she was in one for four years and boasted about how great it was.

I traded in my moccasins for Steve Madden cork nude heels and my computer store uniform for a strapless, form-fitting dress. I went to sorority orientation with 500 other beautiful girls who intimidated the hell out of me. Instead of running away, I mustered up the confidence to stick around and I signed up for recruitment.

I had to learn to look presentable and cut back on the nerd conversations, but one thing I never had to do was change my personality. I realized early on that I could be in a sorority and be myself without conforming to the stereotype.

In spite of everything that set me apart from every other PNM, my sorority seemed genuinely interested in me and enthusiastic that I was well-rounded.

On Bid Day, I was extended an invitation to Delta Phi Epsilon — a sorority filled with girls I never thought I would be friends with: Miami Dolphins Cheerleaders, Red Bull Girls, Hooters waitresses. Regardless, I developed long-lasting friendships with these people.

I am still the dorky computer girl, but I found a way to make it all work.  I managed the website for a while and photograph the events. I am doing everything I love to do.

My new member period was exciting and I eventually found my way to my first fraternity social. This one guy approached me and introduced himself.

I don’t understand why he didn’t laugh, though.  I’m obviously still a Mac.

I’m not the only one. There are eight fraternities and six sororities at FAU and each of them have members from diverse backgrounds. Just to give you an idea, meet three others who you wouldn’t call your “typical” Greeks… 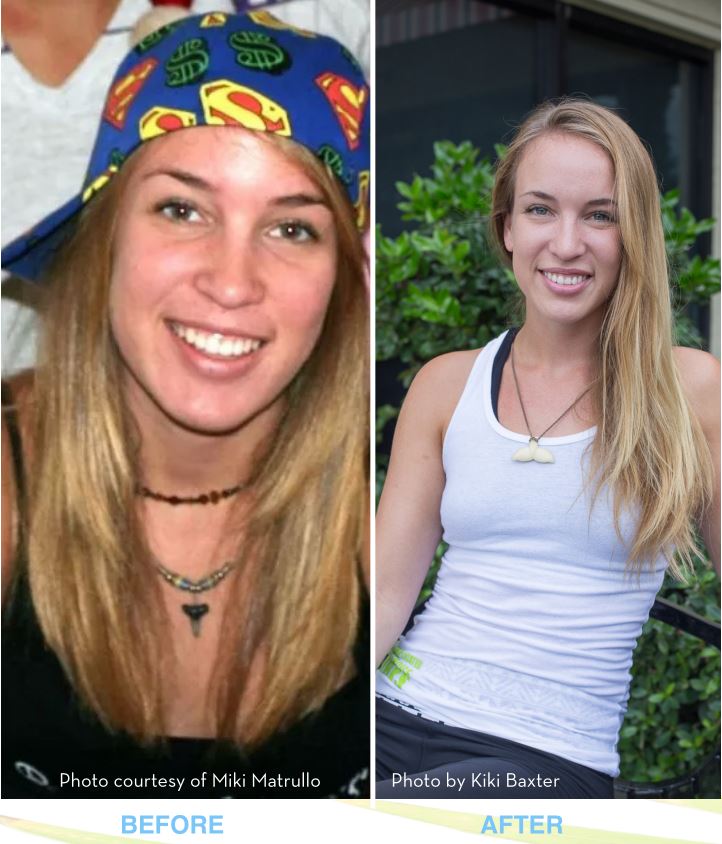 She didn’t even know what a sorority was when she went through recruitment — as a lesbian.

“Coming out to my sorority…everyone was so cool with it.”

Q: What makes you different from your sorority sisters?

Q: Has being in a sorority changed who you are now?

“I still won’t wear Lilly or pink, really.  Bows — I will never wear a bow. I will never have a monogrammed anything.  My monogram would be ugly, anyway.  Like last month I figured out that the last name had to be in the middle.  I think that’s stupid.” 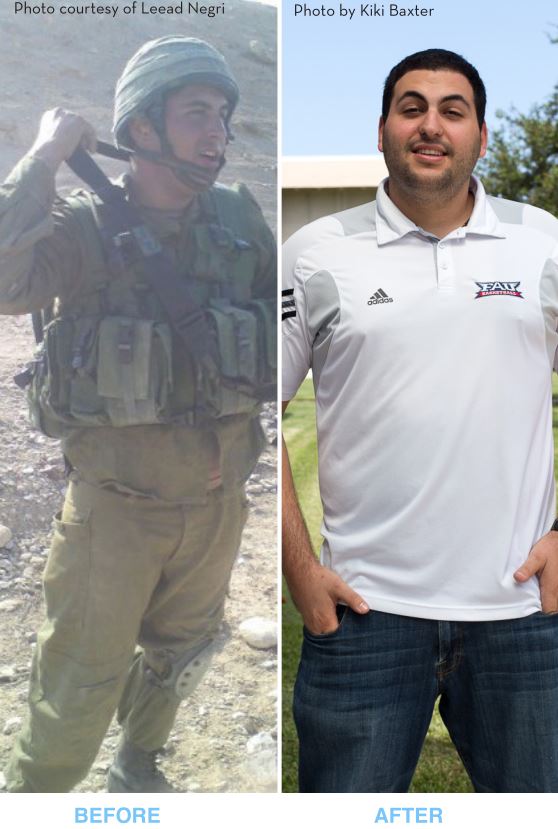 He grew up in Israel and served three years in the Israeli army before enrolling at FAU.  He didn’t join his fraternity until he was 22.

“Everybody who accepts Jewish values is welcome to join.”

Q: What makes you different from your fraternity brothers?

“I was one of the oldest people in the chapter when I went through rush.”

“The goal of it is to get to know people and network. You get to be a part of something greater than you.”

Q: What do you think is the biggest misconception about Greek Life?

“You see the movies and think it’s all drinking and hazing.  Actually, if you’re in a fraternity or sorority, you need to maintain standards.  If you’re below 2.5, you’re out.  It keeps you on track.” 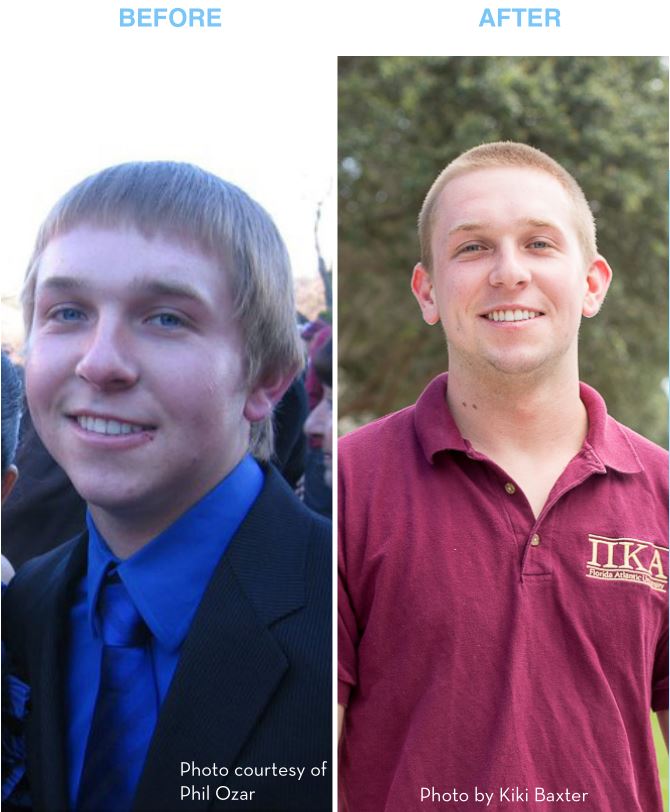 He almost transferred to a different university after his first semester at FAU. Joining his organization connected him to FAU and is helping him prepare for a future at law school.

Q: How has Greek Life prepared you for the future?

“Being in a fraternity, especially during Rush Week, has taught me about time management.  I sit down at the beginning of the week and do my schedule.”

How much do you know about FAU Greek Life? Take the Quiz!