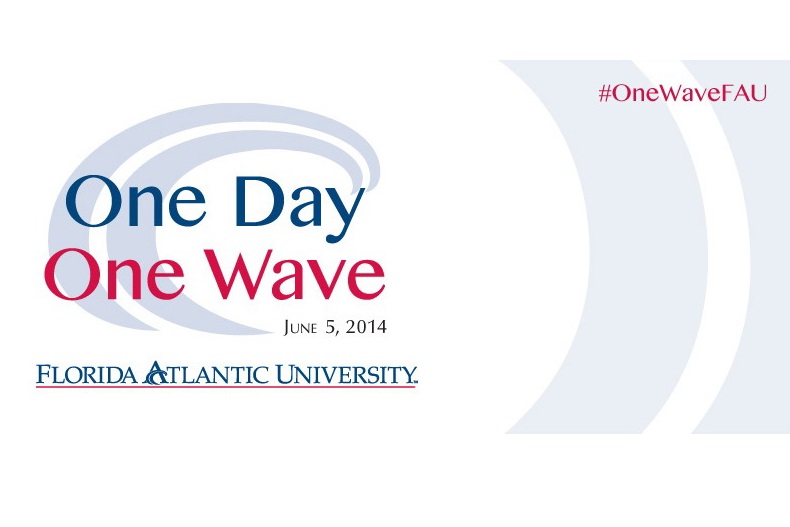 FAU has the lowest alumni donation rate in the state at 1 percent, but a group of about 20 students aim to change that — one tweet at a time.

The FAU Student Philanthropy Council was created a little over a year ago to engage current students in encouraging alumni to donate money back to the university. The group has since grown and now organizes events to increase the dismal alumni donation rate. Their next effort involves a 24-hour social media campaign on June 5. 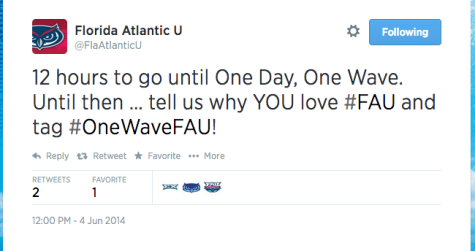 The campaign, called “One Day, One Wave,” will use the hashtag #OneWaveFAU to encourage alumni donations to raise funds for various colleges and scholarships, according to Annual Giving Graduate Assistant and head of the Philanthropy Council Michael Turtz.

“It’s just about being enthused to be an Owl,” Turtz said. “At the end of the day, if we collect money for scholarships or anything, then it will make a difference.”

Turtz says the social media posts will act as channels so that alumni can click direct links to donate to FAU. Alumni can choose which college or department they prefer to donate to during the campaign. And, of course, donations are not limited to alumni — anyone can donate.

The Philanthropy Council has headed other campaigns to engage students in encouraging alumni donations, like the Change for the Future Campaign last November when they placed jars in each of the colleges and encouraged students to donate $1. They collected over $170 from all colleges.

They also spearheaded the True Blue Cord trend during graduation this past spring. Each student had an opportunity to by a blue cord from the campus bookstore for $20 to wear during graduation. All of the money collected went to the FAU Foundation, the nonprofit that collects donations to FAU and reallocates the money for scholarships. Over 500 blue cords were sold and 17 percent of graduates dawned the cords on graduation day. 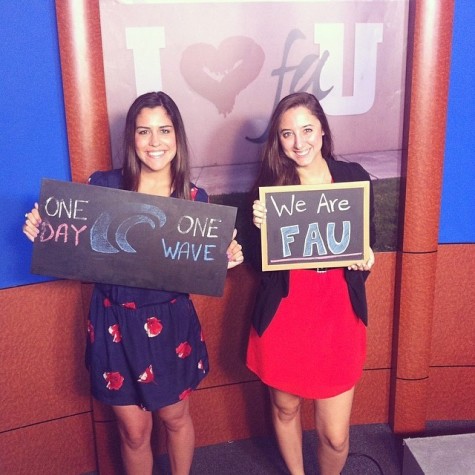 ent of the council and former Student Body Vice President Katie Morris is heavily active in this campaign. The senior comes from a family with three FAU alumni and encourages students to understand more about the importance of alumni donations and engage with the FAU community

“I am so thankful for everything FAU has given me,” Morris said. “I want nothing more than to give back to FAU.”

University President John Kelly is also eager for everyone to contribute in the campaign.

“It’s an excellent opportunity for everyone from alumni to students, from HBOI to our Davie campus, to support Florida Atlantic University — the common thread that unites us all,” Kelly said. “We are truly one community.”

Turtz says it’s as simple as sharing the Facebook posts, retweeting, or liking the instagram photos to stay engaged and help spread the word about the campaign. There will be a series of “online events” where students will have a chance to win prizes, Turtz says.

One prize includes a free “FAU Swag Pack” including an FAU t-shirt and sunglasses for the first 50 donors.

“The [other] prizes are a secret,” Turtz said. “You’ll just have to find out.”