“Whether I'm playing sports or helping those around me achieve their goals in the sport, I just want to be around it and helping others if the soccer side doesn’t work out,” Graeme Pratt said. 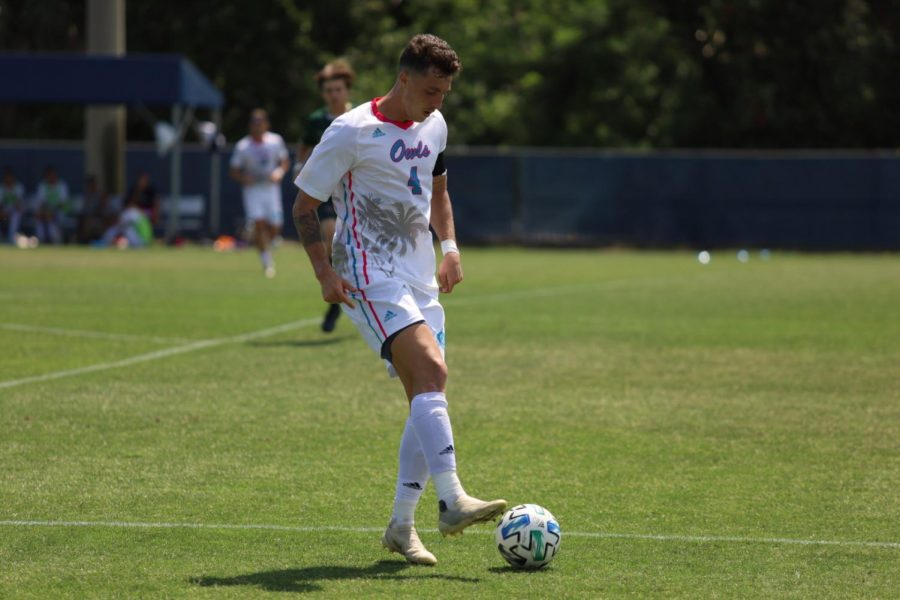 Growing a passion for soccer can run in the family, and Graeme Pratt understood this from the start.

Pratt, now an FAU soccer player, began playing soccer at the age of four. He was raised in Durban, South Africa, where his father is a massive soccer fan. His father’s love of soccer influenced him.

“I kind of just grew up around that and fell in love with the game at a very young age,” Pratt said. “I realized I had a talent for it at quite a young age and I’ve kind of just been pursuing it ever since.”

A conversation with his father regarding the idea of going professional convinced Pratt to dedicate himself to soccer.

“My dad eventually just said to me ‘if you want to become professional, take this seriously. You’ve got to play one sport and dedicate yourself to that,’” Pratt said. “It kind of gave me the option that said ‘you can do whatever you want, just dedicate yourself [to it]’ and here I am.”

After graduating in 2019 from Crawford College La Lucia, a private high school in Durban, South Africa, Pratt decided to come to the United States to attend FAU. He admits he was fairly new to the American college system and didn’t know much about NCAA divisions at the time.

“I [talked] to the coaches and basically they showed me the premises and kind of got me to believe in the program and the kind of change that we were making,” Pratt said. “Ever since then, it’s kind of been that same goal [for] the coaches and trying to improve the program and really make this one of the top programs in the country.”

Pratt made a significant impact as one of FAU’s key defenders, playing every game throughout the Spring 2021 season. He helped the team make program history by conceding the least number of goals with 11 and earned a spot on Conference USA’s Second Team.

“We’ve always been pretty good defensively, but we used to kind of switch off at key moments in the game. I think the more the team is sticking together and working together, we’ve kind of got this winning mentality where we don’t give up goals,” Pratt said. “I like to say that I had a good performance last year and I’m looking forward to making history again.”

Approaching this fall for next season, Pratt thinks the team’s expectations are big as he believes they raised the standard of the program with how they performed last season.

“I think we’re all aiming for the stars and we want to reach the conference tournament and win the conference tournament. Every game, we’re going out with the mentality that we can win the game,” Pratt said. “Obviously, every player wants to get recognition on an individual level so my goal would be to get into [All-C-USA First Team], but again, the individual awards aren’t the main things to focus on.”

Majoring in exercise science, Pratt is grateful for the options he has in front of him if his dream of playing professional soccer doesn’t pan out.

“Whether I’m playing sports or helping those around me achieve their goals in the sport, I just want to be around it and helping others if the soccer side doesn’t work out,” Pratt said. “I think that’s the beauty of the American college system. It gives you options and you don’t have to focus entirely on sports or academics. It’s this kind of merger between the two and it’s very cool.”