There are times when people follow in their parents’ footsteps to find their passions in life; Neil Strauber knows that to be the case. 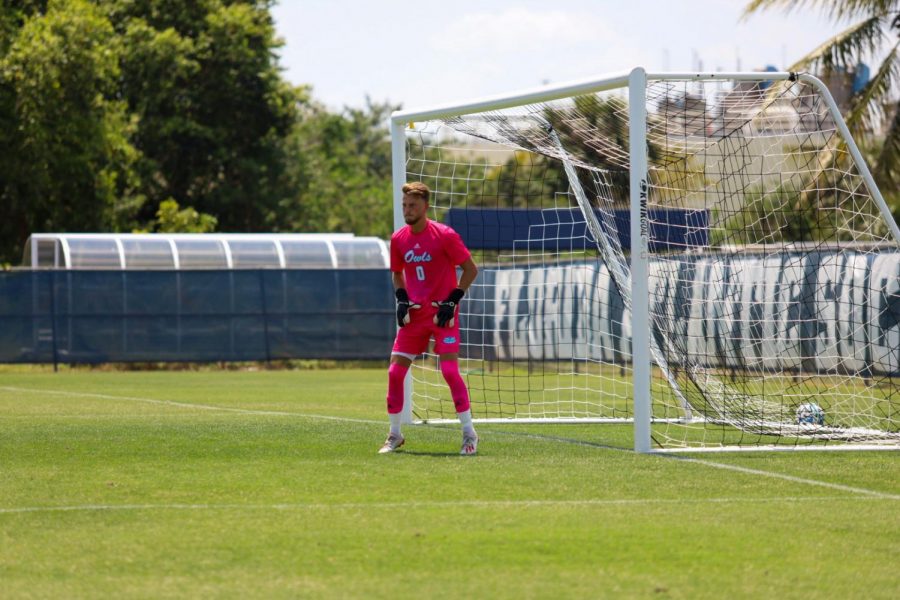 There are times when people follow in their parents’ footsteps to find their passions in life; Neil Strauber knows that to be the case.

Strauber, currently an FAU soccer player, began playing soccer at the age of 10 as he witnessed his father, Liran, play out what was the remainder of a 20-year professional career in Israel that included eight appearances with the senior national team.

“He was one of the best goalkeepers in Israel, and I was born into it,” Strauber said. “At home, I got to see him and above from having your dad as a famous person, I was introduced to the lifestyle of a professional soccer player from an early age.”

Being a goalkeeper wasn’t on Strauber’s radar at first. In his first-ever practice for a club team in Israel, he started as a left-back. His time at that position, however, didn’t last long as the goalkeeper position peaked his interest.

“We started running warm-up laps around the field and I was getting tired, and I saw the goalkeepers on the side kicking the ball to each other and chilling down and hanging around,” Strauber said. “Next practice, I was a goalkeeper. I was too lazy to run. The passion to be a goalkeeper and a soccer player started at home because of my dad.”

In regards to his father, Strauber said that he always listened to the advice his father gave him because of everything that he’s happened throughout his life.

“I looked up to his ability to disconnect himself while he’s in games. All of the crowds would swear, they would shout and you know how crowds can be,” Strauber said. “When I was in the stands and you go down from the warm up and he was right by the tunnel where we were sitting, I was two feet away from him, I was calling him ‘Dad, Dad, Dad!’ and he wouldn’t listen. It was so interesting to see how he could disconnect himself from the things around to be focused on the [pitch].”

Strauber initially attended and played for two years at Tyler Junior College in Tyler, Texas before transferring to FAU in 2020. According to him, the reason he chose FAU was how it reminded him of home back in Tel Aviv, Israel.

“I didn’t think I could have made it to FAU if it’s not for my previous school, as much as it prepared me for college soccer because it’s a bit different than what we’re used to in Europe,” Strauber said. “When I came for a visit here, it immediately reminded me of home, the palm trees, the beach, everything.”

Starting every game throughout the Spring 2021 season, Strauber made an impact for FAU saving the ball 35 times for an average of 2.916 saves per game. While he didn’t win any end-of-season awards from Conference USA, he helped the Owls make program history by conceding the least amount of goals in a season with 11.

Strauber gave credit to head coach Joey Worthen, who gave him the confidence that allowed him to perform the way he did throughout the season.

“I felt very confident from coach [Worthen], I think it was shown and I know he trusted me so I can give it my best,” Strauber said. “I’m happy to have the opportunity to help them and I’m very excited to do even better next season.”

While Strauber continues chasing the dream of playing professional soccer, he knows that getting an education and a degree in graphic design will allow more doors to be opened to him.

“I’m looking to be a professional soccer player and I’ve been doing that as a job in my life because it’s my passion but it’s not the end of the world if it’s not turning out to be like that. I’m just happy I have other options, thanks to this platform of playing soccer and studying,” Strauber said.