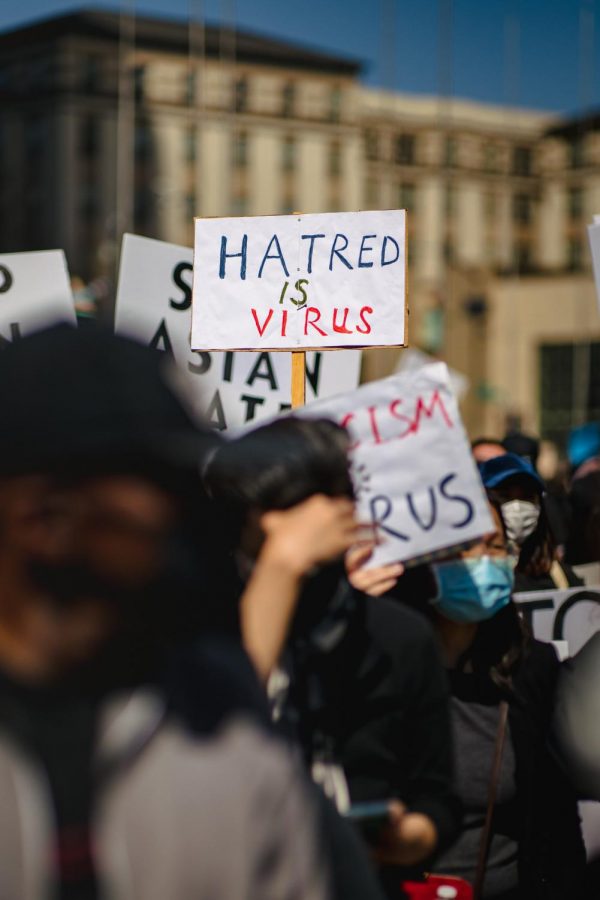 Within the past year, Asians around the world have been victims of hate and harassment.

Researchers identified 95 anti-Asian hate crimes reported to authorities in the first half of the year, compared with the 36 reported in 2020, according to a CNN article. Hate crimes against the Asian American and Pacific Islander community often go unreported because of language barriers or distrust of law enforcement.

Daniel Bell, secretary of the Asian Student Union at Florida Atlantic University, explained that it’s very upsetting and frustrating to see the attacks happening. Specifically, when it comes to the older population being targeted, he sees it as being immoral.

“[It’s] not only hurtful to that vulnerable population, but it also seems like an extra emphasis on the attack against Asians and Asian culture as a whole,” Bell said.

Mitzi Carter, assistant professor of anthropology at Florida International University, grew up with two different world views as her mother is from Okinawa, a Japanese island, and a Black American father. Her mother raised her and her siblings by celebrating Japanese holidays and eating Japanese foods.

“People would make fun of us at school cause we would bring like bento boxes and people were like, what the heck is that?” said Carter.

Samia Alamgir, former editor-in-chief at the University of South Florida’s (USF) chapter of Sparks Magazine, comes from Bangladesh. Alamgir experienced jokes about terrorism and her loyalty to the United States. It was hard for her to explain that she wasn’t Indian, only for people to laugh at her and ask why she was so defensive.

“It’s very frustrating to not be able to be who you are and be misrepresented constantly,” said Alamgir.

The current editor-in-chief at USF’s chapter of Sparks Magazine, Amy Nguyen, had a hard time adjusting as her parents were immigrants, so she didn’t understand the school system as well as her peers. She wondered why she was so different and why people were making it very apparent. On top of that, people would make jokes about her eyes.

“They would come up to me and be like ‘Hey Amy, you look [like] this,’ they would stretch out their eyes like Korean, Japanese, Chinese,” said Nguyen.

Within the past year, Asian Americans have been at the forefront of violent attacks on their community. Anti-Asian hate crimes that were reported to police have risen 164% for the first half of the year in comparison to the 146% for the first half of 2020, according to the Center for the Study of Hate & Extremism.

Carter explained that she feels sad and angry as there’s not enough being done because the Asian community has been rendered invisible in history, schools, and the media up until recently.

“Anyone can come out and leer, spit, attack, or push at an Asian person. The most terrifying [about it] is that it’s on the people who’ve been the most vulnerable,” said Carter. “I’m so fearful [for] my mother, I’m so scared when she goes to the grocery store that someone will push her, hurt her, or worse.”

The hateful and violent attacks haven’t come out of nowhere; they’ve been here for years. The Chinese Exclusion Act of 1882, which limited Chinese immigration, became the first United States law that halted immigration solely based on race.

The law prohibited both skilled and unskilled Chinese laborers and miners from entering the United States. Later on throughout the 1880s and 1890s, extensions were added to the law that included making the Chinese carry identification cards or risk deportation. In 1902, the United States closed off almost entirely the immigration of Chinese people until the law was abolished in 1943.

Carter said that these anti-Asian sentiments have never gone away, as people don’t understand Asian history and aren’t taught about it in schools. With Asian culture and history not being taught, people tend to be blind to attacks that repeatedly happen and the inaccurate portrayals of Asians in the media, according to Carter.

Nguyen explained that there is also the sexualization of Asian people, especially women. Asian women are seen as tempting and exotic. She said that it causes people not to see them as a human being and instead as sexual objects, driving negative actions.

“As a Southeast Asian woman, I’ve just experienced this my whole life,” said Nguyen. “It went from racism as a child and once I went through puberty, it was just sudden hypersexualization, fetishization, from particularly white men I’ve noticed.”

Since the Atlanta shooting on March 16, universities have held talks surrounding the Asian community. At FAU, the Center for Inclusion, Diversity Education, and Advocacy hosted a “Real Talk: Stop the Hate” discussion regarding racism and discrimination in the Asian American and Pacific Islander community.

The USF chapter of Sparks Magazine hosted a “Late Night with Sparks” where members sat down and unpacked all the microaggressions that contribute to the Asian hate, including its roots.

One of the writers from the chapter also helped author a student government resolution about Asian American hate, which was sent out to the president of USF along with the faculty and staff at the university.

Now, the community wants further action beyond just talks and discussions, classes being one of them.

Nguyen explained that although having classes is nice, the promotion of them is also important. At USF, an Asian Studies Certificate program is available to students but is not promoted, leading students to not sign up for the classes.

“If I had known about [the classes], I would have taken it,” said Nguyen.

Bell explained that having spaces dedicated to the Asian community, filled with resources that are tuned for the communities and equipped with help on how to handle problems, resolve issues that go on, and provide a safe space to talk about with people on the same level of understanding.

For those looking to help out, Bell said to check up on your Asian friends but also be mindful and aware of the issues impacting the Asian community.

“Seek out resources on how to help because there’s a lot of ways to help,” said Bell.

Natalia Ribeiro is a News Editor for the University Press. For information regarding this or other stories email [email protected] or tweet her @nataliar_99.