Students voice the effect COVID has had on them

How FAU students feel over a year into online classes 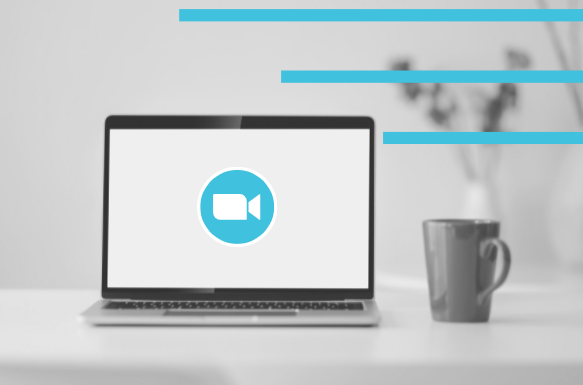 Since the beginning of the coronavirus pandemic, students across the country have been forced to adjust to fully online classes. The case is no different for FAU students, and COVID has impacted students in an assortment of ways.

Leading up to the eventual changes, students were likely unaffected or unaware of the coronavirus that was slowly spreading across the United States and the rest of the world. Classes were in person, and many students were either looking forward to the upcoming Gabriel Iglesias performance or the looming spring break. Before the performance and the end of spring break, COVID had already made its first impact.

On March 11, 2020, an announcement came out titled “FAU Transitioning Temporarily to Remote Learning” and outlined the university’s plans to move entirely online for approximately two weeks temporarily. Some students initially thought the transition to online classes would be easy.

“I felt that maybe it was going to be easy because I had only taken online classes in the summer, and they felt pretty easy,” said Frank Aular, a rising senior who is majoring in exercise science. Aular and the other 37,625 enrolled students had to shift from in-person classes to online learning overnight.

Despite his initial feelings of ease regarding online classes, it quickly turned into a demoralizing experience.

“It created much more stress for me overall. The shift to online showed me that online classes really cannot catch my full attention. Sitting at a computer really tires me trying to learn or understand it compared to in-person classes,” he stated.

For Aular, he felt that online school had an effect on how he was learning, “I drifted from my passion to study and lost my motivation to study every day. I would see no results no matter how hard that I was studying. I feel that I was not progressing and learning enough.”

He is not alone in his feeling of frustration regarding the shift to online classes; a recent national study done by researchers at Texas A&M found that 82% of college students reported increased anxiety and concerns over academic performance. Aular mentions his own anxiety within online classes and commented on what has most affected his preference of where classes take place.

For Aular, exams have the main influence regarding his preferred classroom setting, “I definitely prefer taking classes in person, especially when it comes to taking exams,” he explained, “exams were so much harder. I would get anxious looking at the time I had and some teachers would lower their time because they were concerned that students would cheat, so some teachers lowered the time per question.”

He also faces the challenge of being an international student who is still learning English, which has only made exams more difficult for him.

“I had a bio-principles 50 question test and I had 55 minutes with no option to go back to a previous question. For someone that comes from a different country and doesn’t have the same reading abilities as native English speakers that can read the language and especially science, I have to read questions three or four times usually to understand it, he explained.

Aular felt that other students would reciprocate his frustration over the shift to what he called “Zoom university,” and another student did state frustrations over online classes.

Jack Palma, is a graduate student pursuing a master’s degree in elementary education and received his bachelor’s degree in psychology from Stony Brook University in New York. While not being an international student like Aular, Palma voiced similar frustrations over the online college experience.

“I kinda hated online school. It was very hard for me to focus and listen to lectures,” stated Palma, “I definitely prefer in-person classes, and I never really wanna take an online class again unless I have to. I feel that most of the assignments I received, once everything was online, was just busy work. It didn’t feel like I was learning.”

Palma first enrolled in the spring of 2020 and was one of over 5,000 graduate students in attendance. He mentioned that being a graduate student already presents an array of challenges to overcome, but COVID only made it more difficult.

“Moving to a new state and being a graduate student is already more work, plus due to COVID, I didn’t get an opportunity to get into the classroom and work with the kids,” he stated.

He also added that COVID only added to the “culture shock” that he experienced, “I didn’t know many people before coming to FAU, and since everything is online, I still don’t know too many people from the school.”

Due to the influence of COVID and having more of a passion for sports, he has temporarily stopped finishing graduate school to pursue a career in baseball.

Despite the current feelings about online school where many students are feeling more anxious and less motivated to continue pursuing a degree, the transition to resuming classes being fully in-person is coming.

Almost a year after the initial announcement that classes were transitioning to fully online in March 2020, the school announced on March 9 of this year that in-person classes will fully resume in the fall of 2021 in lieu of increasing vaccinations and to “bring the campus together.”

For those students however that are still struggling with online school and maybe have to take online summer classes, FAU’s Counseling and Psychological Services will be available throughout the summer at the university’s Boca, Davie, and Jupiter campuses for those in need.

Editor’s Note: This story is a part of our “One Year Later” special newsletter issue, which you can view here.

Eston Parker III is the Photo Editor for the University Press. For information regarding this or other stories, email [email protected] or tweet him @EstonParker.