Neil Strauber had nine saves despite conceding a goal against Marshall. 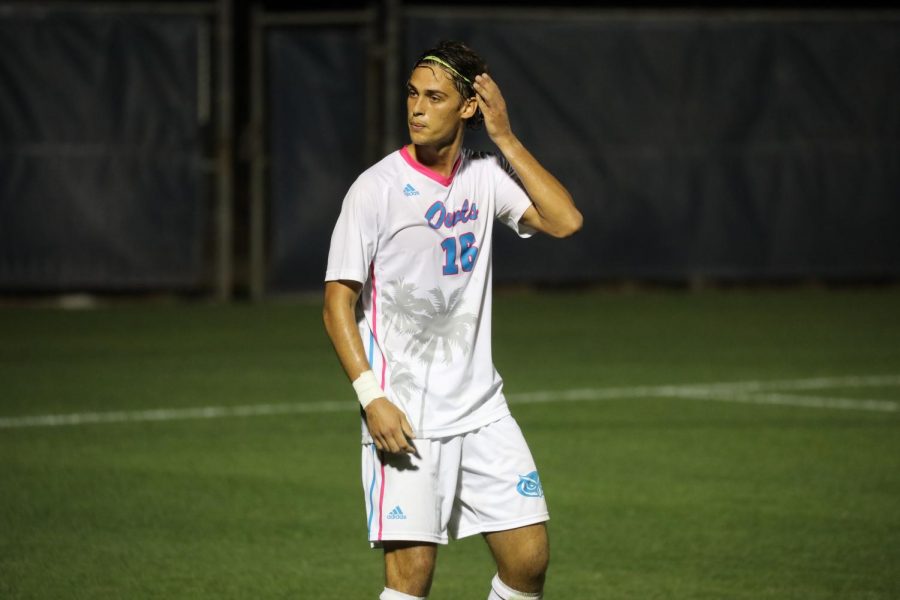 FAU men’s soccer (5-3-2, 2-3-0 C-USA) lost Saturday afternoon at Huntington, W.Va., suffering a 1-0 defeat at the hands of the nationally-ranked Marshall Thundering Herd (7-2-2, 4-0-1 C-USA). With the loss, the Owls are eliminated from qualifying for the NCAA tournament.

The Herd had the first shot of the game in the sixth minute from senior midfielder Pedro Dolabella but it went over the net. The Owls also suffered the same fate in the 11th minute with a header from senior forward Ivan Mykhailenko via a corner kick by sophomore midfielder Jose Alastuey.

Marshall scored in the 41st minute when senior wing Jamil Roberts crossed the ball to Joao Souza, who tapped it into the net.

The Owls were unable to get a shot on target due to Marshall’s lockdown defense. Whenever FAU found a potential opportunity, Marshall defenders simply kept that from emerging.

Many fouls occurred due to FAU’s desperation to score as both teams combined for 17 fouls in the second half.

Marshall overwhelmed FAU offensively, outshooting them 23-4 while getting 10 shots on target.

Junior goalkeeper Neil Strauber had a great performance despite conceding a goal, saving the ball nine times for the entire game.

The Owls’ second game of their road trip will be at North Carolina to face the Charlotte 49ers on April 10 at 2 p.m. It will be broadcast on C-USA TV.