Iggy Allen had a double-double of 30 points and 10 rebounds in the win. 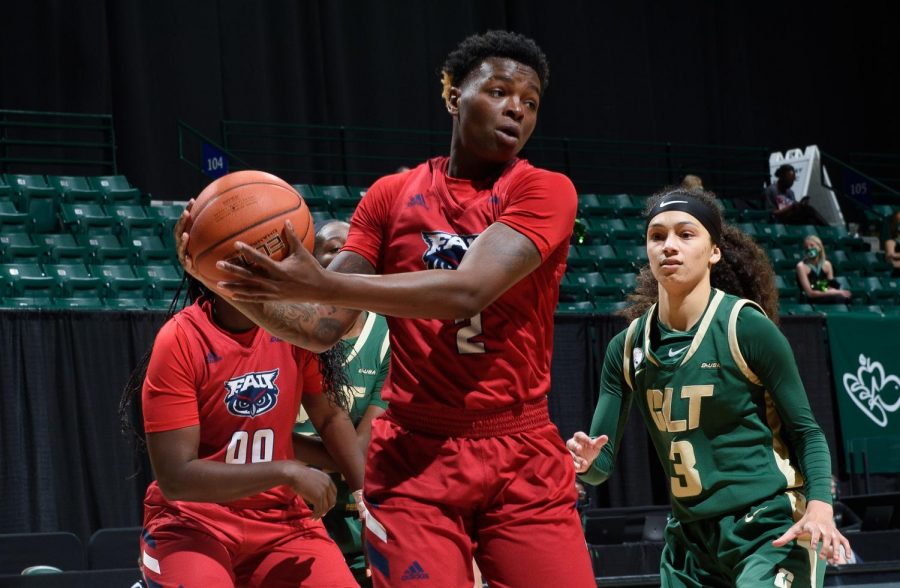 The game started in a competitive fashion, with both teams making shots back-and-forth. 44 points were combined in the quarter as both offenses shot 17-32 from the field.

Graduate transfer guard Iggy Allen started the game off with seven points for the Owls, tying with Charlotte’s freshman guard Jacee Busick for the most points in the first quarter.

FAU implemented a lockdown defense in the second quarter, limiting Charlotte to only nine points on 3-17 shooting.

Charlotte tried to maintain its lead before halftime, but redshirt sophomore forward Janeta Rozentale nailed a three-pointer at the buzzer for the Owls to go up by one.

The Owls lost their momentum in the third quarter, shooting 6-19 from the field. Charlotte took advantage of FAU’s cold shooting, taking back the lead with 1:50 left in the quarter.

Allen kept the score close to end the quarter, finishing an and-one to have the Owls only down one against the 49ers.

The fourth quarter went back into the Owls’ favor. Consecutive three-pointers from Allen and redshirt junior forward Sofia Galeron helped FAU extend its lead to 10 with 7:32 to go.

Even though Allen fouled out with 31.6 seconds left in the game, FAU stood its ground and earned its first-ever win on Charlotte’s home court.

Allen dominated Charlotte in this game, finishing with a double-double of 30 points and 10 rebounds. Senior forward Astou Gaye assisted with 16 points and eight rebounds off the bench before fouling out as well, while Galeron had 10 points and four rebounds.

The Owls will play their last game of the season against the 49ers on March 6 at 3 p.m. It will be broadcast on ESPN+.