What it means to be a woman: a collection of short articles

To celebrate International Women's Day, the women of the UP staff shared their takes on what it means to be a woman. 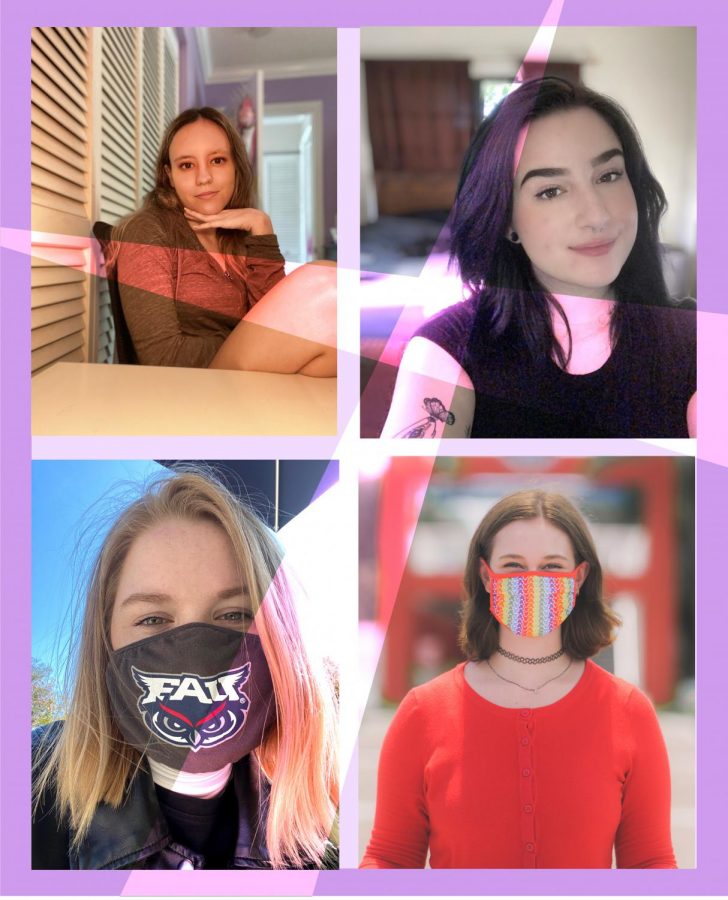 I learned a lot from my grandmother growing up.

It wasn’t the typical “be a lady, use your manners, and get a husband quickly” sort of lessons though.

Pamela Kish taught me how to be strong and independent.

She told me stories from her youth and young adult life about how unfairly she was treated and how it sparked a fire in her. As she grew older, she became fiercely independent. When I was born, she wanted me to do the same.

Krystal Little took after her mother, Pam. She made a promise to herself when I was born that she would teach me to live my life for myself and for no one else.

My mother inspired me with her no-nonsense attitude when it came to equality. She never allowed the men at her job to talk down to her without a fight.

She urged me to go to college from a very young age. “It’s a big ol’ boy’s club,” she said about the workforce. I was determined to find my place in it as a woman.

Now as I enter a field that is still dominated by men, I promised myself that I would learn from my mother and grandmother and make them proud every day.

The most important person in elementary and middle school is the librarian. Every student in the school knows her, she is one of the first people to greet every student that enters the school and the last person in line to shake that student’s hand as they leave.

I lived in my elementary and middle school library. I would spend hours after school as my mom was in PTA meetings sitting in between the many selves reading whole books at a time.

I read so many books in 4th grade that they ran out of buttons to give me for each milestone.

Every single book was recommended by my librarian. She got trailers to show on the morning news for the books of the year, she housed lunches with the Principal for students with Straight A’s. She stayed at the school for over 12 hours on days with events to help, even when the events weren’t in the library. She read to every single kindergarten and helped them find their first book to take home, and helped students get at least one book from the scholastic book fair no matter what their financials were.

The librarian would open her doors before school started and during lunch for those like myself who needed an escape from the noise and crowds of the courtyard. She helped me make my Destiny account to track the number of books I had read and find new ones. She helped me find a replacement for the book that was stolen from me for my project. She’d give us extra scrap paper to draw on for the standardized tests that everyone finished early on.

I never felt safer at school than I did in my library and the people I can thank for that are my librarians.

“If I don’t fit into this generation’s standard of beauty, then I will have to become a different standard” -Hwasa

If there’s one quote that has inspired me throughout the last couple of years, it’s Hwasa’s quote. As a member of the k-pop girl group MAMAMOO, she’s been criticized for not batting an eye to the naysayers and doing what she wants. During a concert, she talked to a crowd of fans about how at an audition, she was told she was unique and had a nice voice but she was fat and ugly. She went home and cried. After watching videos of those who inspired her, she found herself saying this quote.

As someone that has grown up as a dancer, it can be daunting to want to be different than what society expects. She has inspired me to keep my head held high and go after my ambitions. Now as I enter a field that tells females to sit still and do as they’re told, Hwasa has inspired me to break that mold. If I don’t fit into the generations of female journalists from before me, I’ll just become a new standard.

“Be unstoppable. Be a force of nature. Be better than anyone here and don’t give a damn about what anyone thinks.” -Cristina Yang, Season 4 Episode 1

Being a woman means being unstoppable. From Marvel’s Scarlet Witch who single-handedly (almost) took down Thanos, to Grey’s Anatomy’s Cristina Yang being unapologetic in her desire to pursue her dreams.

To me, the celebration of International Women’s Day represents the nuances that define womanhood and that there can be no singular person that identifies all of us. We can never be confined to an individual idea or concept because we continue to evolve and change regardless of whatever standards society imposes upon us. We are unstoppable in our pursuits because of our ambitions, dreams, and wishes to not only be the best person we can be but also refuse to be anything short of excellent.

This doesn’t mean we are without our faults, because we are human, but rather to say in the face of a storm we refuse to take a step back.

To be an unstoppable woman means to get back up when life knocks you down, even if it takes you a little longer than most and even if you need some help along the way.

The hot concrete and temperate weather are hardly noticeable over the loud babble of the elementary school playground. My friends and I stood chatting, enjoying that one hour of relative freedom when I felt the push and the sting of the pavement on my skin. My stomach seems to sink as I see a group of boys staring down at me as I sit on the ground with my scraped knees.

“He probably just has a crush on you,” I was told later that day.

In middle school, I found myself reading tween magazines that constantly offered tips on what to say to appeal to your crush.

Nowadays, I recognize that sinking feeling when male peers talk over me or when someone thinks a stereotype makes for a good joke.

Years of being told abusive actions are love and being told what I need to say to please others until eventually, I had enough.

I’ve learned to put effort into loving myself and to set high standards for others. I try every day to make my voice heard and every day I get louder.

I want to thank my aunt Shawna for the months she took me in and gave me a safe space to grow.