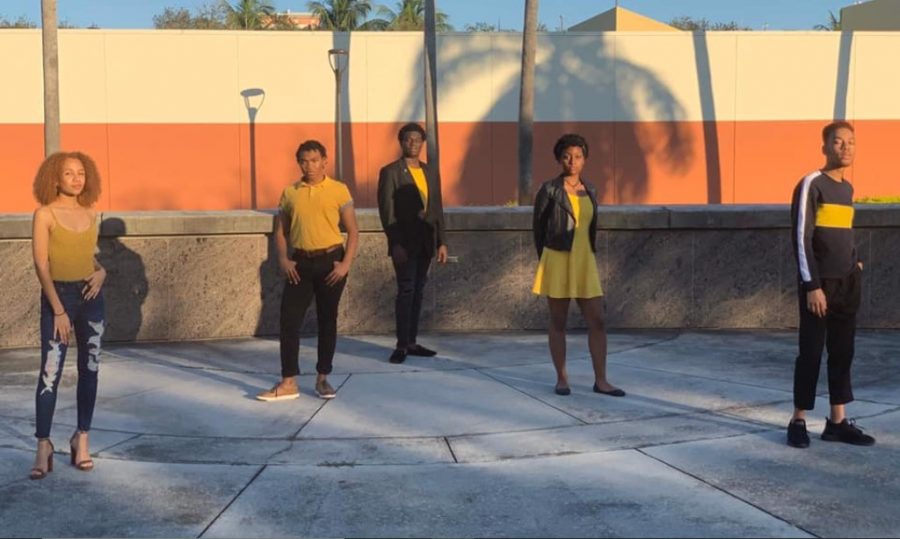 Editor’s note: This story is in the UP’s latest issue that can be found digitally through our Issuu page.

In a predominantly white industry, a group of students have taken it upon themselves to break down the color barrier in the FAU theatre community. The Black Undergraduate Theatre Collective (BUTC) offers a safe place where these marginalized students can find their voice and exceed in the art of theatre.

In recent months, students have levied claims against the department that include unfair casting and shoddy treatment within the Department of Theatre and Dance.

In response, the department has held forums where the campus community had an opportunity to make the department aware of any issues and discuss ways to address them.

University staff held the first forum remotely in June of last year, and the department —
which has created a diversity committee to discuss racial inequalities — intends to have others in the future.

One of the issues mentioned in the first forum dealt with the curriculum.

Since the standard curriculum does not spend much time reviewing Black playwrights, the Collective makes a point to educate students on influencers such as Lorraine Hansberry, Nina Simone, August Wilson, and others of historical significance. “The Collective brings out historic Black influences to the limelight,” founding president Corey Rose said.

“The curriculum in the theatre is being whitewashed,” said founding vice president Jayla Thompson. “Theatre is a lot more diverse than FAU showcases.”

Students are only now starting to see some changes. “They’re certainly making efforts now to fix these things in the curriculum, but it was difficult to get them to do it,” founding treasurer TJ Pursley said.

Rose said plays they were able to put on such as “The Ballot or the Bullet” on Feb. 21, 2020, as well as “Collage Night” on Sept. 4, 2020, have helped raise awareness about issues going on in the world, such as racial injustice and inequality.

“Theatre has a great way of making people aware of problems,” said Pursley.

COVID-19 did not necessarily complicate the process of making more people aware of racial injustice in the campus community. Pursley claims the group expanded, since circumstances have given people with busy schedules a chance to be more involved. “A big part of the Collective is to make theatre available for everyone,” he said.

All full-time faculty in the theatre department are white, and department chairperson Thomas Shorrock recognizes the dilemma.

“This can lead to a disconnect for our students, as we recognize they may not have a Black or Brown mentor,” he said. “As a department, we have faced retention and recruitment challenges to develop [Black, Indigenous, and people of color] faculty.”

“It bleeds into what they teach because of the faculty’s lack of awareness,” Pursley said.

The lack of diversity in the department has direct consequences for Black students, who find themselves facing an inconvenience as it relates to their hair. “Hair has been the reason that someone has not gotten a part,” Thompson said.

“Usually if a student of color is cast and needs to change their hair in a short amount of time, they have to go find their own stylist and pay out of pocket instead of getting it done for free from the hair and make-up department,” Pursley said.

The Bachelor of Fine Arts (BFA) Showcase, which occurs during finals week every semester, is a chance for students to show their progress as an artist. The faculty grade students based on performance and appearance, and students say multiple Black students have been docked points by the judges because of their hair.

“I’m not aware of anyone being denied a role due to their hair… I honestly don’t believe I’ve ever docked a Black student for their hair – and if I have, I apologize that I don’t remember it; I’m sure I’ve docked at least a couple of white students for not combing theirs,” theatre professor Kathryn Johnston said.

For the students of the BUTC, theatre is a way to express oneself and shed light on important topics, but theatre students believe that their department does not represent the needs of its diverse student body.

“Life and art are supposed to imitate [each other],” said Pursley.

Elliot Rodriguez is the Entertainment Editor for the University Press. For information regarding this or other stories email him at [email protected] or Instagram @elliotyaknow.