REVIEW: “Zack Snyder’s Justice League” is greater in every aspect compared to its 2017 counterpart

“The Snyder Cut” is not only better than the theatrical version, but it’s also one of the best superhero movies of all time. 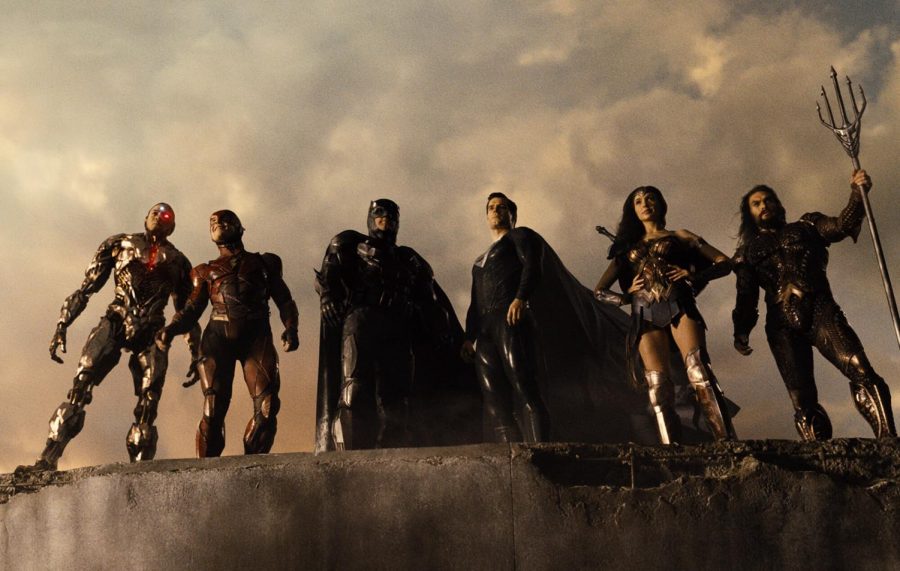 Editor’s Note: This review is an extended version of the review originally in the March 22 “Catching You UP” newsletter, which you can subscribe to here.

Leaving the movie theater on Nov. 17, 2017, was an experience I’ll never forget. However, not for the way, you might think.

When watching the opening scene of the movie with Superman explaining to children how “hope is like car keys,” plus seeing Henry Cavill’s mustache being CGI’d out, I knew it was downhill from there. What resulted was a lifeless, cesspool of a mess.

From what information has been released on that movie, even though Zack Snyder is credited as the director, Warner Brothers weren’t being exactly truthful. The studio hired Joss Whedon to do extensive reshoots on the film after Snyder left the project because of a family tragedy dealing with his daughter Autumn.

After fans of Snyder’s past films had a social media outcry calling for the release of “The Snyder Cut” of Justice League, the studio finally gave in after four years and they have released his version of the film.

What results is a movie that trumps the theatrical version in every way and is one of the best superhero movies of all time.

Snyder has been a polarizing director ever since he stepped into the chair of adapting popular characters from DC Comics starting with 2013’s “Man of Steel.” That film started the now DC Extended Universe (DCEU) and while opinions vary on that film and his 2016 follow-up “Batman v. Superman: Dawn of Justice,” I find those films to be underappreciated masterpieces of the genre.

Snyder takes these larger-than-life characters and grounds them into reality, into the world we’re in. While Superman is touted as this god-like figure, Snyder gives him traits that create this self-conflict and deconstruction of the character. He does the same with Batman (Ben Affleck) in pitting two different ideologies against one another.

If “Man of Steel” and “Batman v. Superman: Dawn of Justice” were a deconstruction of the main characters, “Zack Snyder’s Justice League” is a reconstruction.

Snyder’s version of the film is in every aspect, a better product than what was released in 2017. While the theatrical version lacked character development, a sense of urgency, and an urge from the fan to want more, this HBO Max exclusive has all of that, and so much more.

I only have one warning for viewers who are interested to see Snyder’s version of the titular DC Comics team-up movie, it runs at a whopping four hour runtime, though split up into six parts and an epilogue, so plan accordingly.

While it does double the runtime of the theatrical version, it goes by in a flash (no pun intended).

While Whedon focused too heavily on packing the movie with humor, he took out the character development and arcs of the main character.

Cyborg (Ray Fisher) was an afterthought in the 2017 version of the movie, in this edition he is most certainly the “heart” of the film as Snyder has said, and Fisher’s performance is a stand-out. The viewer gets to see how important he really is to the film by showing what happened before his accident, his relationship with his parents, and how he’s integral to the group of superheroes.

Besides seeing this added character development for the rest of the league, Affleck has finally finished the character arc that Snyder set up in 2016. The world has failed him numerous times in his crime-fighting career, he’s more brutal and has a pessimistic point of view, especially against Superman.

After fighting with him and seeing how he sacrificed himself for the world, he has a different attitude. He’s still the Batman we all know and love, but he acts based on faith. He saw how Superman was a beacon of hope to the world and tried to recreate that effort by grouping up people with abilities like Aquaman, The Flash, and Cyborg with the help of Wonder Woman (Gal Gadot).

That character arc from Batman from being “doom and gloom” to operating on a level that’s more comic-accurate to the character than ever before is complex, especially in the scenes added in this version.

We also see this even with the main villain Steppenwolf (Ciarán Hinds). In the theatrical edition, he’s a stock villain that just wants to destroy Earth. Lame. In this, there’s a distinct reason why he’s doing these brutal and relentless tasks. He appeals to a higher authority, who he has forsaken and is repaying a debt. This “higher authority” is Darkseid (Ray Porter), who’s known as the big-bad for DC Comics, like how Thanos was for Marvel.

The constant question asked in my head throughout the movie was “How was this cut?”

While it was already a horrible idea for former Warner Bros. CEO Kevin Sugihara to mandate the original film to be under two hours, what was replaced instead was drastically worse and hampered the movie.

While “Zack Snyder’s Justice League” is a different film, even the same elements that are still the same in the 2017 version are given more time to breathe in this one. This is best represented in the tremendous action scenes. The studio-driven version featured rush and quick action scenes that weren’t keen to the eye and lifeless, but Snyder’s gives the films its sense of urgency and heart.

What Whedon tried to include was dreadful. Don’t get me started on his perverted scenes, like The Flash falling on Wonder Woman’s breasts for comedic effect or a clear shot of her rear end that is vacant in Snyder’s version.

It’s disgusting, even the fact how Whedon took out elements that dealt with diversity, including taking out character Ryan Choi (Zheng Kai) who becomes DC superhero The Atom, deleting crucial detail and backstory for Cyborg who is Black, and even removing scenes that show off Amazonians.

Are there any flaws from me? Well, four hours is long. While it goes by fast, some scenes could’ve been cut. Also, while Tom Holkenberg’s score is bombastic, epic ala Hans Zimmer, the musical cues for Wonder Woman were annoying at times.

Also, some of the CGI in the movie was noticeable and looked off, even though this time around it was better than in 2017.

Snyder once again makes a superhero movie for the ages with his version of “Justice League,” and even though this is great as a stand-alone tale, the movie sets up a wide array of future projects. This isn’t a “cul-de-sac” as reportedly some Warner Bros. executives called it, meaning the film doesn’t lead to anything. This is an “eight-lane superhighway” as Ray Fisher said on his Twitter page, giving Warner Bros. a vast universe. Will they capitalize? Time will tell.

In any case, they should #RestoretheSnyderVerse.