“This bill will prohibit many young adults from pursuing what they are truly passionate about. In fear of losing a scholarship, students will change their majors to what a random member of the State Board of Education deems acceptable,” Managing Editor Kendall Little writes. 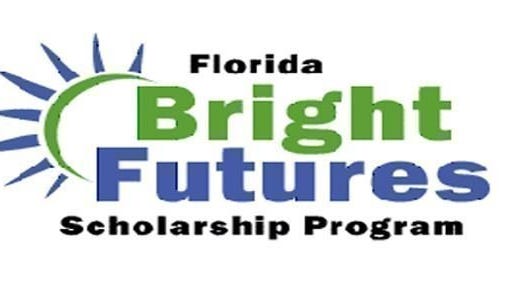 I needed the Florida Bright Futures Academic Scholarship to go to college.

After countless late nights studying, several mental breakdowns, and even being diagnosed with anxiety, I graduated high school with an Advanced International Certificate of Education (AICE) diploma and a 4.0 GPA, thus granting me the full scholarship.

Now, it might be taken away from me because of the major I picked.

The bill would not cut all funding from students that do not select state-desired majors.

The bill will go into effect for the 2022-2023 school year if it is passed and will affect future and current college students.

This is problematic for a multitude of reasons, but let me start with the most obvious one.

What determines which majors don’t lead directly to employment?

Any major can lead to direct employment if you play your cards right. Elissa Nadworny, a reporter and editor at National Public Radio (NPR), doesn’t even mention majors in her article about finding a job after college.

Not once in the article does the higher education and college access reporter tell readers that if they picked a certain major that they won’t get hired. Instead, the story focuses on networking and making important connections.

“Take your research to the next level: Find people in the world doing interesting things and do as many informational interviews with them as you can. These are informal conversations in which you ask people about their jobs and how they arrived at them,” she said.

The list of majors that only receive half of the original Bright Futures funding is not completed yet, but will likely include many liberal arts majors.

Contrary to popular belief, liberal arts majors have many jobs that they are fit to fill.

The new bill calls for the Board of Governors and the State Board of Education to meet annually to compile a list of which undergraduate and graduate degree programs can lead to direct employment and which ones cannot. It is uncertain if the annual meetings will change the list of majors eligible for full funding.

It is unclear how the two boards will be able to specify and defend which majors make the cut.

CareerAddict says that biology is one of the worst majors if you want to get a job, but the Penny Hoarder claims that a biology degree will allow a student “to pick from a variety of positions with [the] versatile degree.”

The FAU Career Center offers a feature that allows students to research what kinds of jobs they can obtain with their desired major.

For art history, the website lists several different jobs that can be achieved with the degree. The list includes art or history educator, interior designer, and even an urban and regional planner.

Students with a theatre major have the potential to become not only actors, but also educators, film and video editors, and camera operators.

Any type of major will have a job opportunity available for graduates.

With many differing opinions on which degrees are superior to others, I’m confused as to how the Board of Governors and the State Board of Education will make a definitive list.

Employers don’t care what kind of degree you have as long as you have one.

“It used to be important and special for someone to have a degree, and now it just stands as a prerequisite in the workforce,” said Forbes contributor Ashley Stahl. “While your job will most likely require a Bachelor’s degree, it probably won’t matter what field it is in.”

Most college graduates aren’t even working in the field that they majored in.

If the type of degree you obtain doesn’t really matter anymore, why would the state cut funding to students in any major?

According to the Atlantic, “STEM is overrated.”

In today’s age, preparing for an open future is more important than specializing in one specific field.

“The presumption that a liberal-arts education would prevent students from getting jobs is spurious. Graduates with a broad-based education are in demand,” Caitlin Zaloom, Associate Professor of Social and Cultural Analysis at New York University, said for the Atlantic.

In fact, Microsoft president Brad Smith and EVP of AI and research Harry Shum believe that studying liberal arts is crucial for a technological future.

“As computers behave more like humans, the social sciences and humanities will become even more important. Languages, art, history, economics, ethics, philosophy, psychology and human development courses can teach critical, philosophical and ethics-based skills that will be instrumental in the development and management of AI solutions,” they wrote in their book, “The Future Computed.”

Parents and the media tell kids as they’re growing up that they can become whatever they want to be.

This bill will prohibit many young adults from pursuing what they are truly passionate about. In fear of losing a scholarship, students will change their majors to what a member of the State Board of Education deems acceptable.

So much for chasing dreams.

I worked extremely hard in high school for Bright Futures. If I had known that I’d be restricted to a certain list of majors to receive full funding, I wouldn’t have applied.

The proposed bill is restrictive and unfair to current and future students.

The scholarship is funded by the Florida Lottery, not taxpayers’ dollars, so it is difficult to justify why funding should be taken away at all.

Though it may not pass, the fact that it was proposed shows that the Florida Senate is not fit to make executive decisions regarding education.

According to Ballotpedia, Baxley’s “professional experience includes working as the principal owner and vice president of Hiers-Baxley Funeral Services.”

He isn’t even a member of the Committee on Education currently.

Andy Tuck, the chair of the State Board of Education, hasn’t been in college since 1990, which was nearly 31 years ago.

In fact, the most recent college graduate on the board graduated in 2008.

Education has changed tremendously since 2008 from the rise of technology to new careers with new majors.

Without sufficient experience in the field of education, members of the Florida Senate cannot make solid decisions regarding student financial aid or any other education-related issue.

To show opposition to this proposed bill, tweet Senator Tina Polsky @TinaPolsky or call the district office at (561) 443-8170.

Kendall Little is the Managing Editor for the University Press. For information regarding this or other stories, email [email protected] or tweet her @klittlewrites.