Michael Forrest scored a game-high 22 points in the loss. 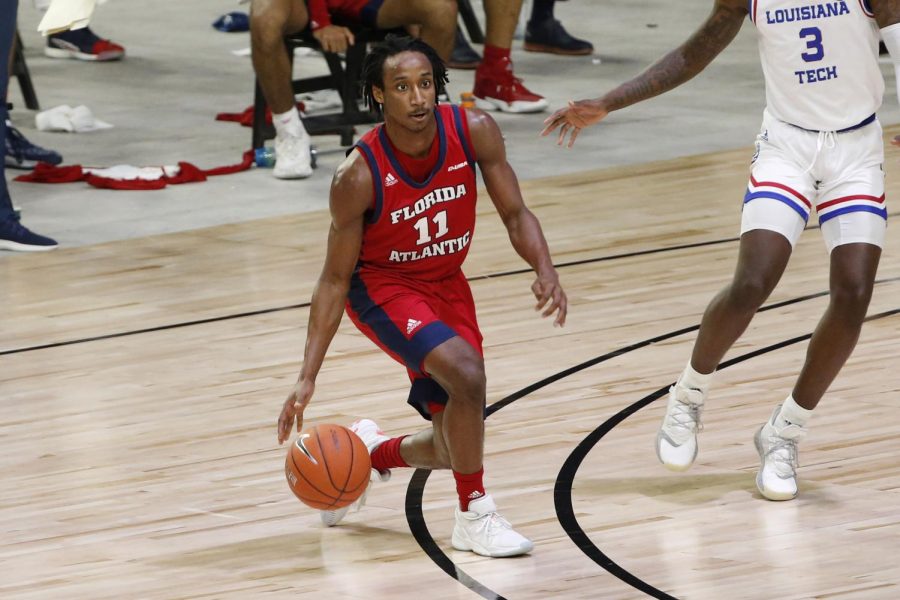 Michael Forrest (pictured #11) scored 17 of his 22 points in the first half in Thursday's season-ending loss to LA Tech. Photo courtesy of Roger Steinman from Conference USA.

Fourth-seeded FAU lost its quarterfinal matchup against first-seeded Louisiana Tech 75-69 in Frisco, Texas on Thursday night. This was a physical game on both sides of the ball.

Senior forward Jailyn Ingram also performed well. He finished with 15 points and three rebounds. He was 3-8 from the three-point line and was 2-2 in free-throws.

Most of the game was close as there were not too many leads of four points or more. The largest lead in the first half was nine in favor of LA Tech from an 11-0 run, but it quickly faded to three after about a minute. The Owls responded with a 13-3 run over the next 3:34 as they regained the lead.

The game remained a one-possession game until Ingram hit a three-pointer with 13:35 to go, giving FAU a four-point lead. That was the last lead of two possessions or more until there were 25 seconds left in the game. LA Tech finished the game on a 6-0 run with three trips to the free-throw line.

This was the third straight winning season for the Owls, as they will look to keep that going as they prepare for next season.