The Owls allowed five runs in the eighth inning. 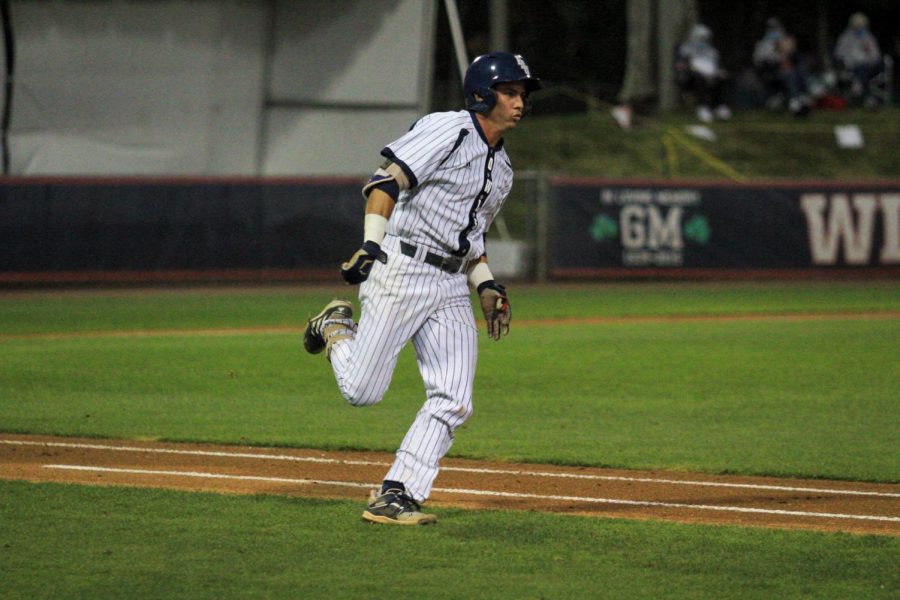 FAU baseball (9-6) scored the first three runs of the game, but UCF (7-9) scored eight unanswered runs to close out the game, including a grand slam in the bottom of the eighth inning.

The Owls started hot on Tuesday night as they scored on the second pitch of the game. Senior infielder Wilfredo Alvarez hit a lead-off single on the first pitch thrown by UCF’s redshirt junior pitcher Kenny Serwa. Sophomore infielder BJ Murray hit a two-run home run over the left-field fence on the first pitch of his at-bat, giving FAU a 2-0 lead. The next three batters were retired in order.

Freshman pitcher Dante Visconti started on the mound for FAU and allowed one hit by senior utility player Jordan Rathbone.

Visconti hit sophomore infielder Tom Josten in the bottom of the inning.

UCF scored two runs in the third after freshman infielder John Montes walked on four pitches. Montes advanced to second on a wild pitch, and junior catcher Josh Crouch hit a two-run home run during the next at-bat. FAU led 3-2.

Alvarez doubled down the right-field line, then advanced to third on a wild pitch thrown by Serwa. The inning ended after Schanuel grounded out.

Visconti struck out one batter and walked another before he was pulled in the fourth. Visconti threw 66 pitches in 3.2 innings. He allowed two runs, two walks, and struck out four batters.

Freshman pitcher Ben Vespi came on in relief of Serwa for the Knights in the fifth inning. He retired the side in order, as Morgensen struck out, sophomore outfielder Mitchell Hartigan grounded out, and Toney flew out to center-field.

Crouch got a lead-off single for UCF in the bottom of the fifth. Sophomore catcher Ben McCabe doubled off the right-field wall, putting runners on second and third base with no outs. Haggerty got out of the jam though as he struck out the next three batters he faced. Sophomore infielder Tom Josten was intentionally walked after Haggerty faced one batter.

DeSantolo got the only hit for the Owls in the sixth inning, as he singled up the middle.

UCF got one baserunner in the sixth, as freshman infielder Alex Freeland was walked.

Freshman pitcher Zack Bennett came in to relieve Vespi in the top of the seventh. Schanuel hit an infield single for FAU.

Crouch hit a lead-off single in the seventh inning for the Knights and advanced to second base on a wild pitch. McCabe hit a sacrifice fly to right field, advancing Crouch to third with one out. Junior pitcher Mike Entenza came in to relieve O’Connell after he gave up one hit and got one out. Entenza struck out both batters he faced.

DeSantolo got his third hit of the game with a single to left in the top of the eighth inning.

Entenza was pulled after pitching one inning. He gave up a grand slam and four walks. Sophomore pitcher Jackson Spiller came in to finish the inning. He walked one and struck out another.

FAU was unable to get a hit in the ninth inning, receiving its fourth loss in the last five games.

The Owls will travel to Tampa Bay for a three-game series against the University of South Florida on Friday at 7 p.m., Saturday at 6 p.m., and Sunday at 1 p.m.