The Owls’ winning streak extends to five with the win. 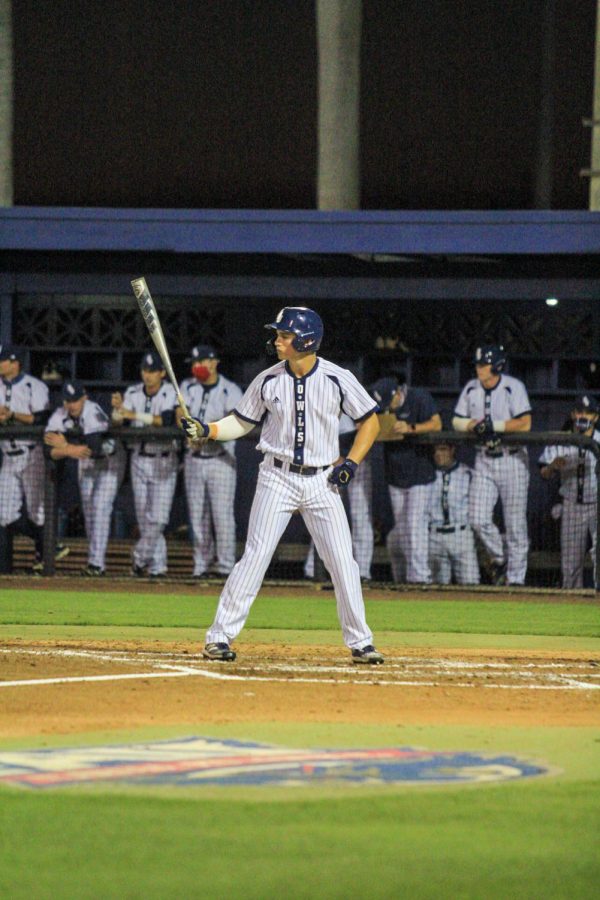 FAU outlasted the Florida Gators at Gainesville on Wednesday night in extra innings, as they held them to five hits. The Owls recorded one error, while the Gators recorded three.

Graduate pitcher TJ Stuart got the start on the mound. He pitched four innings, allowing three hits and two runs. He threw 86 pitches, striking out six batters and giving up three walks.

Both of Florida’s runs were scored in the second inning on the game’s only home run. Freshman Colby Halter homered to right, driving him and freshmen Sterlin Thompson in, giving Florida a 2-1 lead.

FAU tied the game in the third on a fielding error by Thompson. Sophomore third baseman BJ Murray was credited with the RBI. Neither team earned a hit in the fourth inning.

Sophomore pitcher Hunter Cooley came on in relief for the Owls in the fifth. He pitched three innings, only allowing two hits. He threw 35 pitches, striking out four batters. Murray singled in the fifth for the inning’s only hit.

Junior pitcher Mike Entenza came on in relief of Cooley in the eighth inning. He did not concede a hit and struck out four batters.

Although both teams had opportunities to score, neither would do so until the tenth inning.

Alvarez singled with one out in the tenth and later advanced to third base on a sacrifice fly and a fielding error. Hartigan centered to centerfield on the next at-bat, driving in the game-winning run.

The Owls’ next game will be at home on Friday against Florida Gulf Coast at 5 p.m.