REVIEW: Foo Fighters’ “Medicine At Midnight” leaves much to be desired

“They are much better when they stick to their bread and butter with punk rock, although there were some flashes of good on this album, it just wasn’t the same as their past work,” says Editor-In-Chief Colby Guy. 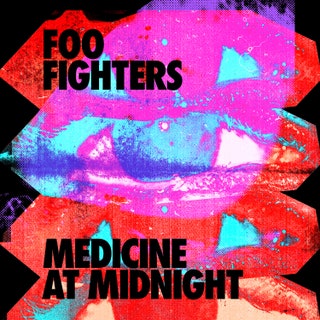 When Foo Fighters released “Medicine At Midnight” on Feb. 5, 2021, I was excited, as the rock band had produced a lot of great work in the past, but this album just didn’t live up to the hype.

In this album, Foo Fighters departed from their typical punk rock style and experimented with a more pop-rock style, but honestly, they didn’t execute on that as well as they wanted to.

In an interview with NME, Dave Grohl, the band’s singer, songwriter, and guitarist said “We wrote a lot of these songs to be played in stadiums — these big grooves, big choruses, big guitars.” He went on to say that the band intended the album to be a party album, but honestly, I don’t see it.

Some of the songs on this album have me confused with that quote because they didn’t head in that type of direction at all.

For instance, “Waiting On A War,” seems to be a more mellow song than what Grohl says that the band was going for.

Although the song does have a deeper meaning about Grohl’s childhood battles that I admire in this particular song and the song is well done, it sticks out like a sore thumb on an album that was intended to be a “party album.”

The same goes for “Shame Shame,” which is another calm, downbeat song that ruins the overall vibe of the album that was intended to be upbeat.

When you’re finding songs to party to, you aren’t looking to party to a song that talks about shame and battles with loneliness, as much as those messages mean something, it just seems out of place.

Comparing that to the latter half of the album, starting with “Medicine At Midnight,” it starts getting more and more upbeat, but immediately goes to a screeching halt with “Chasing Birds,” which is an extremely slow song.

The overall flow of the album just doesn’t make much sense and the songs in this album just don’t fit well together at all.

Also, there aren’t many songs on this album that have real re-listening value to me compared to the band’s other work.

An album like “The Colour And The Shape” is a much better take on what this band is capable of producing two of the band’s more iconic songs in “Everlong” and “My Hero.”

They are much better when they stick to their bread and butter with punk rock, although there were some flashes of good on this album, it just wasn’t the same as their past work.

Colby Guy is the Editor-In-Chief for the University Press. For information regarding this or other stories, email [email protected] or tweet him @thatguycolbs