HBO’s “The Outsider” is bingeable but far from flawless

“Stephen King’s ‘The Outsider’ was adapted into a television series by HBO Max and, you guessed it, the book was better,” says Staff Writer Gillian Manning. 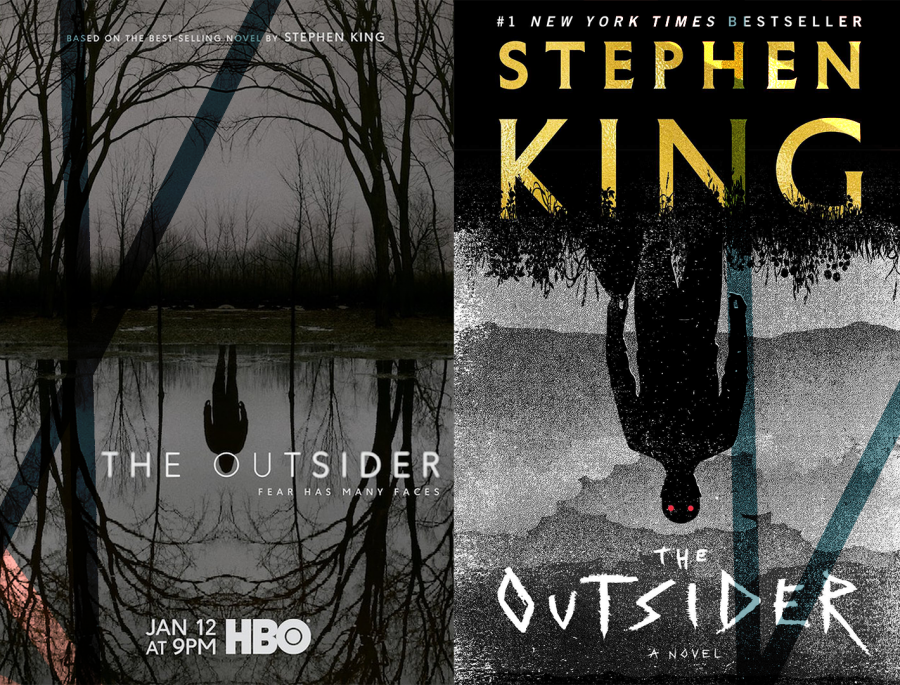 For anyone looking to watch a new thrilling, bingeable television series, “The Outsider” fits the bill. The plot and character changes are not apparent to those who haven’t read the novel and the series does a fantastic job reeling viewers into the story with its effective musical background, cinematography, and heartbreaking events.

A young boy, Frankie Peterson, is found having been brutally murdered and violated. All of the eyewitnesses and evidence place the town’s beloved baseball coach, Terry Maitland, at the scene—equally compelling evidence places him hours away at the time of the murder.

Lives are on the line as detectives race to connect the dots and find the outsider, person or thing, that committed this murder and has no intention of slowing down.

It revels in the death of children, relishes in the pain it leaves behind, and it must be stopped.

Both versions of the story are a fantastic blend of true crime and horror elements almost as if King combined a cop drama with a scary movie; like “CSI” meets “The Shining.”

The core of the story is about belief and reality, highlighted by the novel’s epigraph, “Thought only gives the world an appearance of order to anyone weak enough to be convinced by its show,” originally written by Colin Wilson in “The Country of the Blind.”

There are many consistencies between the novel “The Outsider,” written by Stephen King, and its television adaptation, but the areas in which they stray are disappointing.

The television series lacks consistent suspense since the first few episodes feel like a drawn-out episode of “Law and Order.” Once the plot begins to thicken, the real magic begins. The audience can see the story’s detectives connect the dots in ways that were not achieved in the book due to the additional evidence introduced in the show.

When the show gets compelling, it keeps the audience interested through the use of action-filled sequences and dialogue-based drama.
The show introduces a plethora of new characters, most of them adding real substance to the plot. Through these changes, the audience gets a look at more of the outsider’s victims, establishing how the horror has been ongoing and has affected an untold number of families.

In the novel, Holly Gibney, one of the detectives, is a brilliant investigator, though she has intense social anxiety and other possible mental health issues. Through the novel, readers see Holly as the strong, but self-doubtful, heroine. She single-handedly finds much of the necessary evidence, she’s able to convince those around her to take action, and in the end, she’s the hero.

The show destroys this aspect of Holly’s character. On-screen, Holly (Cynthia Erivo) is introduced as a savant with a photographic memory who had spent her childhood as a lab rat for some scientists due to whatever mystical mind powers she has. What I found so brilliant about Holly in the book was her humanness and her ability to overcome her disbelief; in the series, instead, she is presented as almost alien.

Though she still drives the investigation on-screen, her impact is greatly diminished, even more so towards the end. She is no longer the same heroine, which was extremely sad to watch.

An additional character in the series was Holly’s love-interest, Andy Katcavage (Derek Cecil), which was aggravating as well. In the novel, Holly and detective Ralph Anderson (Ben Mendelsohn in the adaption) form a strong bond and mutual respect as they navigate the shocking homicide cases together. The written bond that forms between them was completely replaced with Holly’s on-screen romance which is much less developed as there is nothing unique or particularly interesting about Andy. There’s no apparent emotional depth.

My question is, why does a strong female lead suddenly need a boyfriend to be interesting?

The antagonist of the novel is far scarier than in the television series. Readers are able to hear stories about the outsider which creates a larger sense of curiosity. King’s description of the outsider is incredibly eerie and far more disturbing to try and visualize which makes for a great horror villain.

While “The Outsider” may not be labeled as one of King’s best-written pieces, I truly enjoyed every minute I spent reading it. The characters had real personalities that could be explored and feelings that were constantly being complicated by what they were facing. The novel was also consistently suspenseful and left me constantly wanting more.

Every bookworm’s dream is to find a book that convinces them to stay awake until 2 AM and that’s how “The Outsider” made me feel.

Much of what makes the story so great is lost in the show completely. The adaptation is worth watching but if you’d like to be truly captivated, the book will be much more satisfying.

Gillian Manning is a staff writer for the University Press. For information regarding this or other stories, email or tweet her @gillianmanning_ or email [email protected]