Film Room: What is Mike Stoops bringing to Paradise?

Mike Stoops is a slam dunk hire, and will bring an interesting defense to FAU. 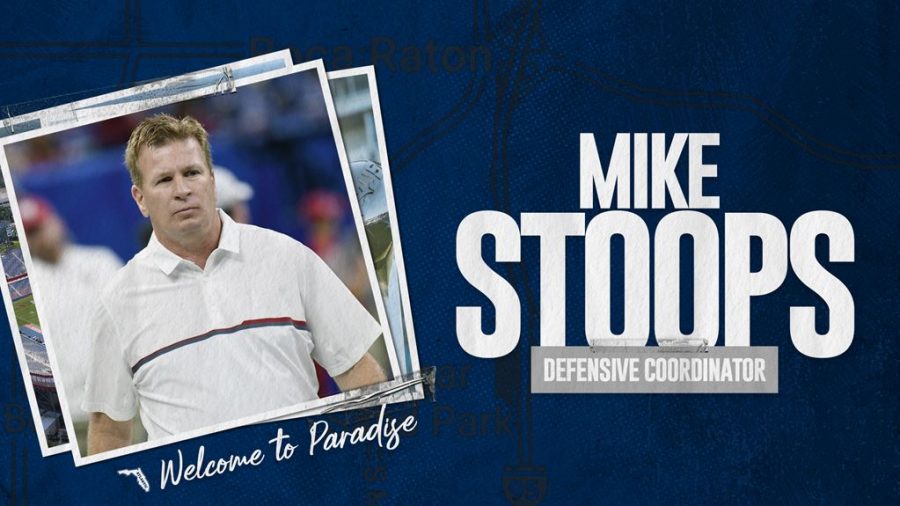 So, what kind of defense will he bring to Owls? Let’s take a look at the film and see.

In his later years of being DC at Oklahoma, Stoops used a 3-4 defense, meaning three defensive linemen with their hand in the dirt, and four linebackers about 6 yards behind them. However, Stoops used that personnel differently than most. Stoops’ base defense would only have three defensive linemen at the line of scrimmage and have four linebackers off the line of scrimmage. The linemen would line up in what was called a “Tite” formation, shown here: 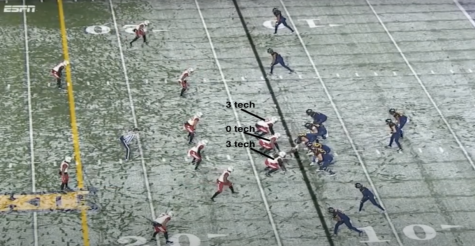 The “zero technique” would place a lineman directly in front of the center, and the two “three techniques” would be lined up on the outside shoulder of the offensive linemen closest to the center, the guards. The four linebackers would each then be off of the line of scrimmage, about 6-8 yards away from the line.

Another Stoops staple is the “Under” front. This would place the linebacker who is away from the side with the higher number of receivers and running backs on the line of scrimmage. The Sooners used this against Texas Tech in 2016, and some QB named Patrick Mahomes: 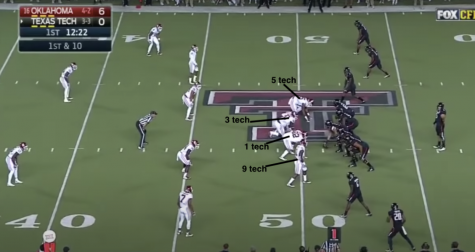 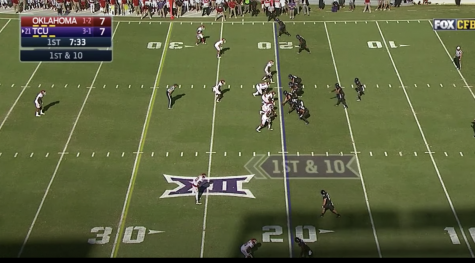 Stoops’ defense is very similar in terms of philosophy and the use of the “Tite” front to now Los Angeles Chargers head coach Brandon Staley. Coming from the Big 12, passing offenses ruled the league. Defenses had to adjust, and one way Stoops would adjust is simply daring teams to run the ball. These fronts would allow the defense to keep their interior defenders in between the tackles, where the run game is the most common. If you look at Staley’s Los Angeles Rams defense, this front was common, and they ran it to perfection:

Now I’m not saying FAU’s defense will look exactly like the Rams and have the same results. Mind you, FAU doesn’t have an Aaron Donald or Jalen Ramsey, who can both eliminate any drawbacks from this front. However, Stoops and Staley both play these fronts to get ahead of the curve in the passing game.

Stoops’ coverage schemes are somewhat basic. Stoops’ philosophy is to not get beat deep, so his Sooner offenses would play a lot of Cover Four and Cover Three defenses. The Four and the Three in these cases mean in Cover Four, there are four players back deep covering a designated zone, while there are three defenders back deep in Cover Three. Here’s a picture of the Cover 3 in action against TCU in the 2017 Big 12 Title Game: 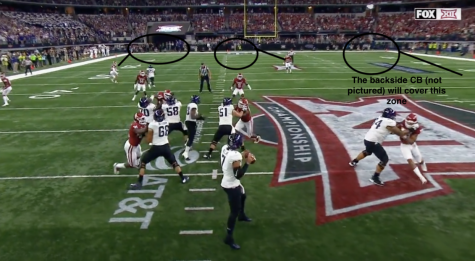 This, paired with the “Tite” front, the Sooners play will only see three defensive linemen rush the QB, while eight defenders will drop into coverage. That allows the defense to keep all eyes on the receivers running routes and limiting deep passes. This is what a basic Cover Four would look like: 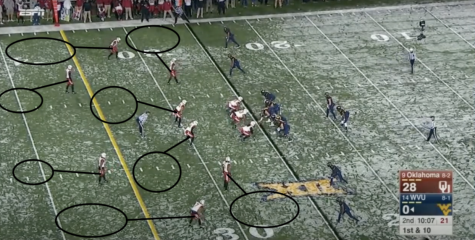 However, when the fronts go to both linebackers being on the line of scrimmage, expect the defense to run man coverage. Meaning, whoever lines up in front of a defensive back is their man to guard. Using the previous example, the defensive backs to the top of the formation are playing “off” coverage, meaning they’re about 7-8 yards away from the receiver, limiting the potential of an explosive play downfield, while the boundary cornerback at the bottom of the screen plays “press” coverage, meaning they’ll use their hands to disrupt the wide receiver at the line of scrimmage: 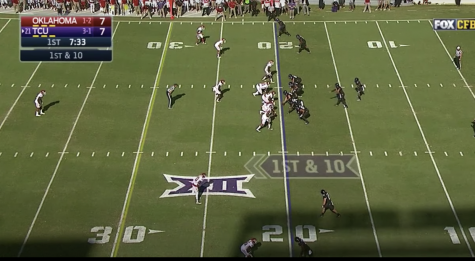 In short, Stoops’ defenses are all about limiting the explosive pass. They’re going to play a lot of zone coverage and tight three-man fronts to force the offense into running the ball and gaining their yards in short chunks. This translates well to Conference USA and college football as a whole, where the passing game is becoming more and more important. In the C-USA title game, the UAB Blazers threw for 252 yards and two touchdowns, important catalysts in their 22-13 victory.

With players such as cornerback Zyon Gilbert and defensive lineman Jaylen Joyner returning, Stoops has a bevy of talent on the defensive side of the ball, shaping what will hopefully be another great season.

The Owls will begin their 2021 season in Gainesville on Sept. 4 at the University of Florida.

Joseph Acosta is the Business Manager at the FAU University Press. For information regarding this story or any other stories email him at [email protected] or tweet him @acosta32_jp.