Blake Dean scored the goal to secure FAU the draw against St. Thomas. 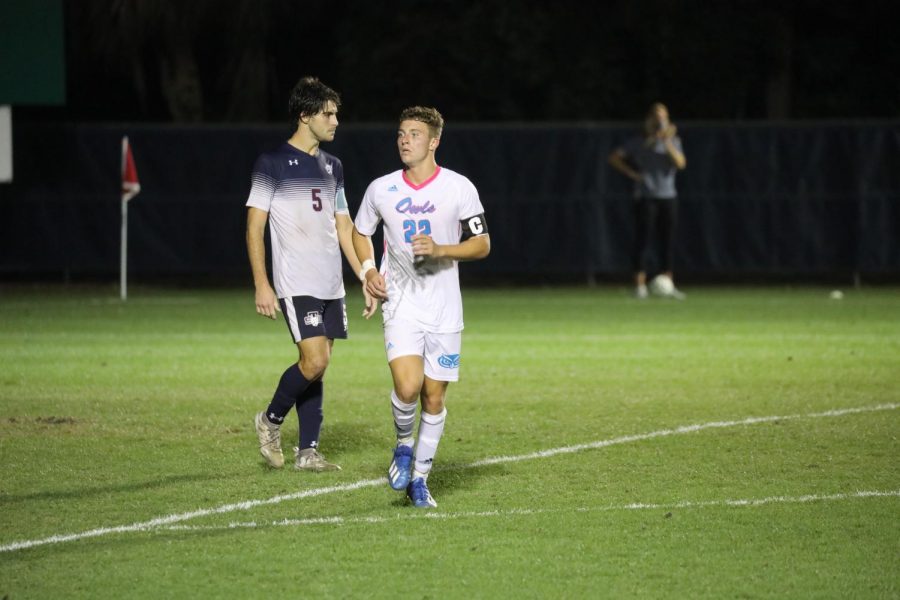 The Bobcats scored first, with sophomore forward Mark Oghogho beating his defender and striking it into the net in the 19th minute. It was the first goal FAU conceded after three games this season.

FAU tried to respond with a shot from senior forward Ivan Mykhailenko in the 32nd minute, but it was saved by St. Thomas’s junior goalkeeper Franco Acerbi.

The Owls equalized in the 71st minute when freshman defender Fabrizio Cubeddu crossed the ball to junior midfielder Blake Dean, who scored the goal.

St. Thomas tried to retake the lead at the end of the second half, but junior goalkeeper Neil Strauber saved back-to-back shots to force overtime.

FAU’s last shot in the game came in the 107th minute when Mykhailenko took a header to try taking the lead, but it went out wide.

Despite conceding his first goal of the season, Strauber ended it with saving the ball six times for the Owls.

The Owls will play their first road game of the season on Feb. 19 at 3 p.m. against Jacksonville University.