Norrid is the next member of Willie Taggart’s staff to leave. 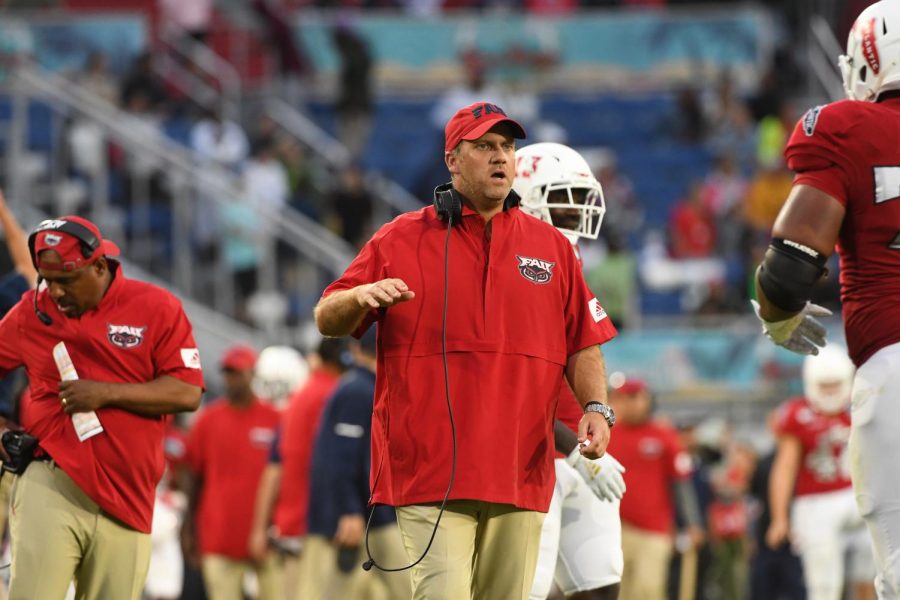 The Owls coaching staff has another opening, as sources can confirm that offensive line coach Jeff Norrid is leaving for Louisiana.

Norrid will take the same position with the Ragin’ Cajuns, working under Billy Napier.

Louisiana will be the fifth destination for Norrid. He coached at Alabama, Arkansas, and Auburn. He started at FAU in 2018 as an analyst, and then became the offensive line coach in 2019.

Norrid’s departure is among several as the Owls have had many changes this offseason. Drew Mehringer left for New Mexico and Jim Leavitt left for Southern Methodist University. Head coach Willie Taggart also promoted other staff members to higher coaching positions.

FAU is expected to make more changes to the coaching staff this offseason.

According to Bruce Feldman of The Athletic, the Owls are expected to hire former Michigan offensive line coach Ed Warinner. Warinner is expected to be FAU’s new run game coordinator and tackles/tight end coach.