After having their 2020 season cut short due to COVID-19, the Owls will begin its season at the University of Central Florida on Feb. 19 at 6 p.m. 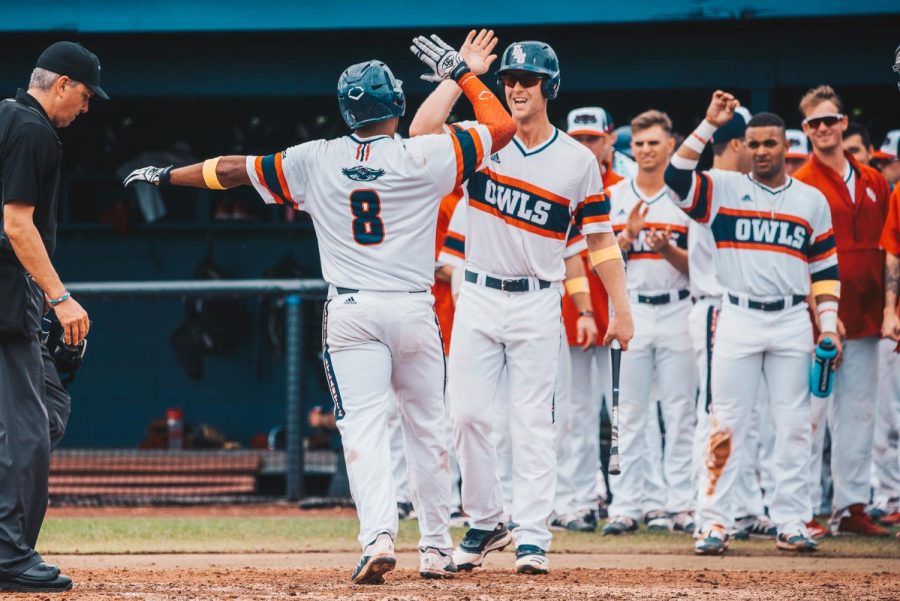 FAU Athletics has announced the 2021 schedule for the baseball team Monday evening. This comes after the 2020 season was cut short due to the COVID-19 pandemic.

Head coach John McCormack in a press release via FAU Athletics said he is looking forward to getting the team back on the field and playing.

“It’s [a] similar type of schedule in terms of RPI [rating percentage index], we’re in good shape there,” McCormack said. “I think it’s a really competitive schedule, and we’re going to have to be ready to go on February 19th.”

Gainesville will be where the Owls will go next, as they take on the Florida Gators on March 3 at 6 p.m. After that, FAU will play a home-and-away triple-header against FGCU on March 5 and 6 at 5 p.m., and the 7th at 2 p.m.

The Owls will host its only game against the Hurricanes on March 23 at 6:30 p.m.

Conference play for the Owls will begin on March 26, as they host a triple-header against the Marshall Thundering Herd at 5 p.m. The next two games will be on the 27th at 2 p.m. and the 28th at noon.

FAU will head to North Carolina to face the Charlotte 49ers from April 2-4. Start times have yet to be determined for the triple-header.

The Owls will face the Florida International Panthers for six consecutive games from April 23 to May 2. Three games will be at Miami, and the last three will be at Boca Raton.

FAU will have its last triple-header on the road against Western Kentucky from May 7-9. Start times have yet to be determined for the triple-header.

FAU will have its season end on May 18 against the Hurricanes at 6 p.m.

“The way we’re scheduling games, to stay out of hotels, is going to be unique,” McCormack said. “Fans are going to have to really pay attention to the schedule to make sure they get to the games (with the split series), but it’s going to be nice to just be back playing.”