The Book Corner: The Autobiography of Malcolm X

A review of Alex Haley’s The Autobiography of Malcolm X and the relevance it still carries today. 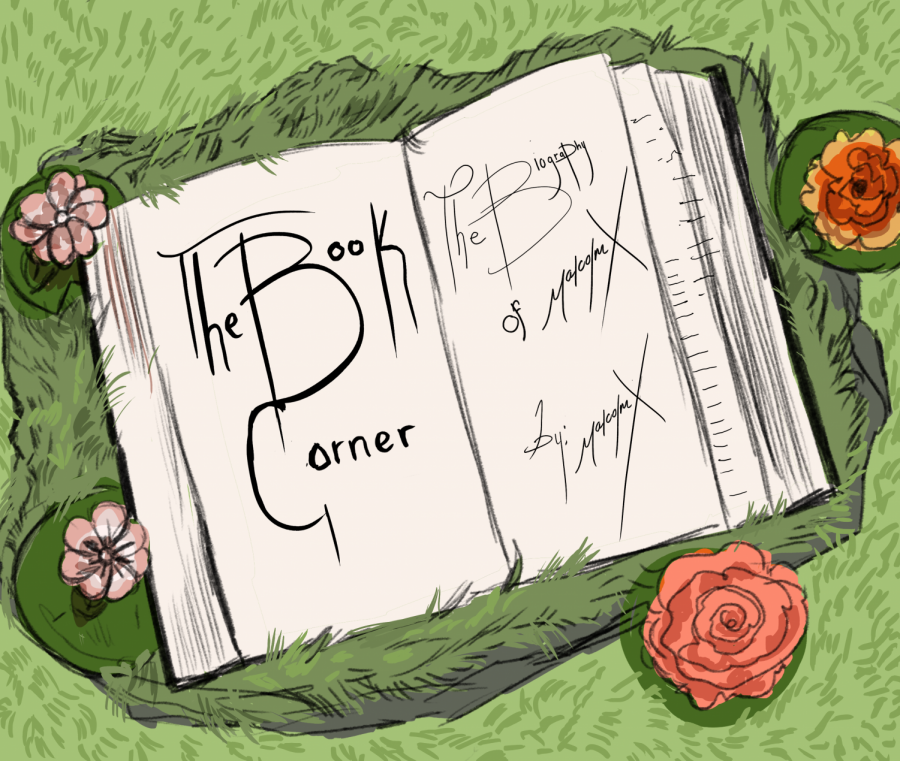 The Autobiography of Malcolm X by Alex Haley and Malcolm X is a brilliant, sometimes chilling first-person account of one of the most influential figures of the American civil rights movement.

Some of the book’s events seem right out of a weekly action drama on cable or Netflix, but the trials and tribulations that Malcolm X faced in his life were very much real. The fact that it is all laid bare and told so candidly is what makes it stand out from other autobiographies of historical figures.

Malcolm X told his story to Alex Haley, the renowned author most known for 1976’s number one best seller “Roots,” in a series of 50 interviews between 1963 and 1965, the year of Malcolm’s assassination.

The book is written in a unique first-person confessional narrative format. I felt as if Malcolm X was sitting directly across from me at a table, telling his story to me in painstaking detail, reliving his mistakes, his triumphs, and the tragic end that he knows is coming.

The prose is not pretentious; there is slang and anecdotes of violence, self-hate, and sadness told in plain English. It’s not written to impress professors or literature scholars, but to leave an impression on the reader of what it was like to be Black in the height of the American civil rights movement.

I accompanied Malcolm X from his small-town beginnings in Michigan to his eventual rise to being one of the most important figures of the civil rights era. The book was published shortly after Malcolm’s assassination, which made the later chapters resonate even more strongly with me.

Central to the book’s themes are elements of Black pride, religion, and Black self-sufficiency. He also details the ways centuries of racist laws and white supremacy deliberately cavorted to make Black people second-class citizens in the country they built without pay.

The first time I read the book, I was ignorant of many of these concepts. However, Malcolm X gladly plays the role of a teacher, articulating in painstaking detail his philosophies, such as Pan-Africanism, a worldwide movement promoted by Jamaican political activist Marcus Garvey that aimed to encourage solidarity among all people of African descent.

One of the things I like the most about the book is how relevant many of its themes still are in contemporary America. There were mass protests this past summer against racism and injustice, the very same ideals that Malcolm X was striving to eliminate. Reading the book through a contemporary lens showed me how far America has come, but also how very far it has to go to live up to its ideal that “all men are created equal.”

The book starts with Malcolm’s childhood in Lansing, Michigan, a city on the outskirts of Detroit. Long before he was known as Malcolm X, he was Malcolm Little, or “Detroit Red,” or just “Red” to his family, on account of the red tinge in his hair as a child.

The Little family was harassed often and had to move frequently because of harassment from the Black Legion, a local white supremacist group. After the death of his father under mysterious circumstances- which Malcolm X attributed to the Black Legion- Malcolm’s home life breaks down. His mother is sent to a psychiatric facility, her mental state broken by the trauma inflicted upon her family.

In his young adulthood, Malcolm leaves Michigan to live with a family member in the historically Black neighborhood of Roxbury, Massachusetts and then goes on to New York City. In Harlem, Malcolm X becomes involved in organized crime.

Malcolm X and Haley do not gloss over the wrongs that Malcolm X carried out to survive. These sections are some of the biggest highlights of the book, a whirlwind of chapters full of shootouts, bootlegging, Harlem night-life and more. I couldn’t wait to turn the page and get to the next dramatic turn of events.

Eventually, Malcolm X is arrested while robbing a store with his associates. He surrenders peacefully and is sentenced to 10 years in prison. Upon release, he joins the Nation of Islam, a political and religious group dedicated to improving the lives of African Americans.

Unlike Martin Luther King Jr. and other Black activists, Malcolm X did not have a “turn the other cheek” philosophy while he was a member of the Nation of Islam. In fact, he disagreed vehemently with the methods used by Martin Luther King Jr. and other Black leaders. Rather than reconciliation with white people, Malcolm X advocated for a complete separation of Black people and white people at this point in his life  .

This fundamental disagreement between King Jr.’s and Malcolm X’s philosophies hit me hard. On one hand, I agreed with Martin Luther King Jr. that peace was the best way forward. On the other hand, after being with Malcolm on his journey, I sympathized with his pain, anger, and his impulse to stop turning the other cheek and take action against his oppressors, no matter how radical the idea seemed.

After a pilgrimage to Mecca in the later stages of his life, most of Malcolm X’s more hardcore rhetoric had calmed down. In Mecca, Malcolm X saw Black, brown and white Muslims all on the same pilgrimage. Malcolm X concluded that peace was the best route for change. Two days before his assassination, Malcolm X told Gordon Parks, a photojournalist and writer famous for documenting the civil rights movement, that “racism isn’t just a Black and white problem. It’s brought bloodbaths to every nation on Earth at one point or another.”

The ending left me feeling somber, as a smart, articulate leader capable of changing the politics of America was cut down in the prime of his life. After accompanying Malcolm X from humble beginnings in Lansing, Michigan to a civil rights icon, I had felt like I’d known him for years, only to see him killed right when he could have changed the course of the civil rights movement.

The Autobiography of Malcolm X is one of the most important books I’ve ever read. Very few books written in 1965 have themes that still resonate so strongly today. It educated me on things I didn’t know about and fundamentally changed the way I thought about race and politics. Any socially conscious reader interested in reading about the civil rights movement for Black History Month this February should have it at the top of their reading list.

Michael Gennaro is a contributing writer for the University Press. For information regarding this or other stories, email [email protected]