As an Owl, McCarthy won two conference championships, three bowl games, and maintained his “student-athlete” status, having earned his college degree in accounting. 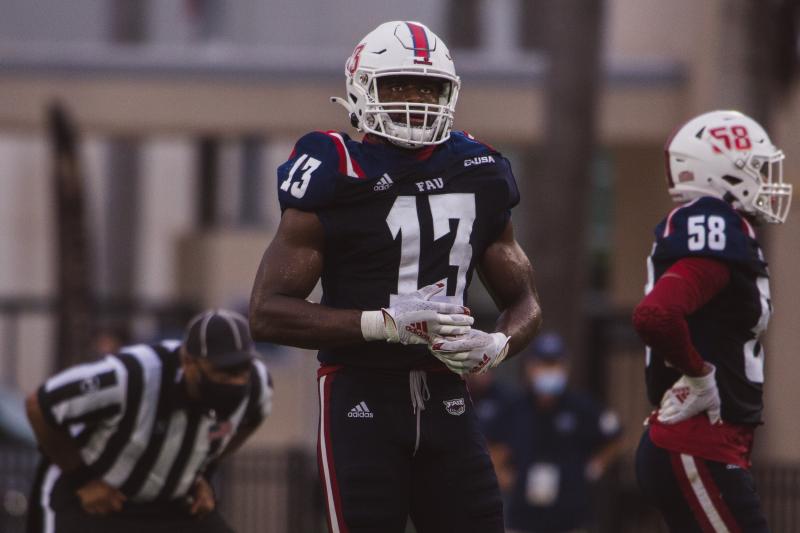 Ending his collegiate career with outstanding performances during his four years at Florida Atlantic University, linebacker Leighton McCarthy makes his exit from the nest as he continues onto the next steps of his football career.

Beyond FAU’s proximities, McCarthy is a Top 2021 NFL Draft prospect as he is named in the first list of College Football Today and ESPN+ Top 2021 NFL linebacker prospects.

Having signed with the National Sports Agency [NSA], he prepares for what will be career-changing for him– the NFL Draft– through participating in the College Gridiron Showcase [CGS].

This five-day showcase highlights top college athletes from all over the country which displays the athletes’ talents and skills through education.

Being a part of this team, McCarthy didn’t just see his teammates as other players; he saw them as family.

“Honestly I’m just excited because I get to step on the field with my brothers,” McCarthy said in an FAU press release. “So, it doesn’t matter what game it was, I’m just blessed to have another opportunity to play on the field with these guys again.”

As an Owl, McCarthy won two conference championships, three bowl games, and maintained his “student-athlete” status, having earned his college degree in accounting.

“2020 showed me that you never know what is next. You have to find a way to do the things you want to do,” McCarthy wrote in a statement via Instagram.

Finishing his FAU football career with a total of 160 tackles, McCarthy looks to further his success at the professional level.