After being closed throughout the Fall 2020 semester, the restaurant has re-opened. 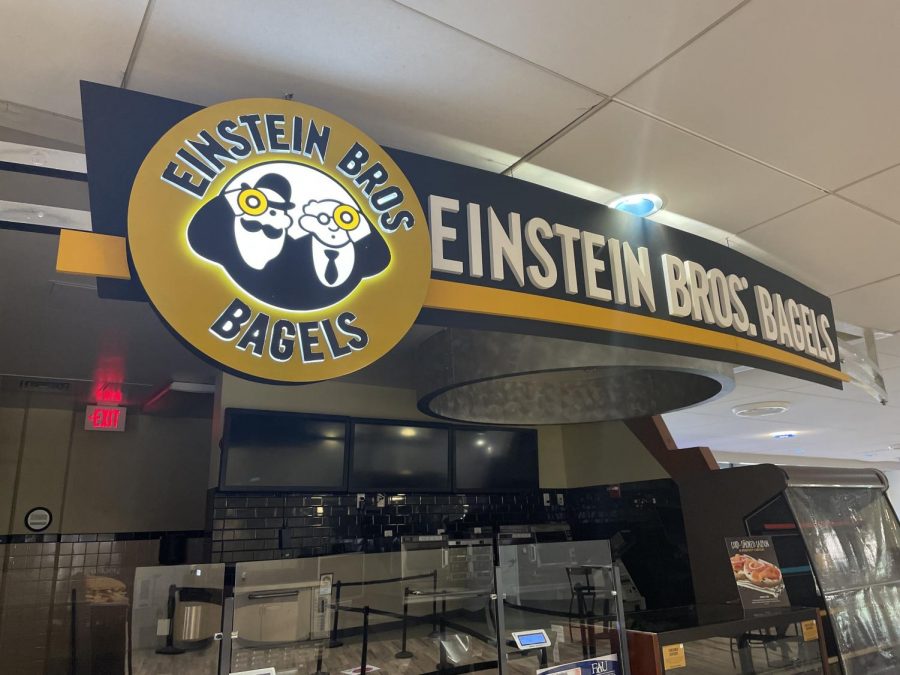 Many of FAU’s dining options have been unavailable since students started learning remotely, such as Dunkin’ Donuts, Pizza Hut, Pollo Tropical, Jow Jing, and Wendy’s.

On Thursday, Jan. 28, FAU Dining Services announced that Einstein Bros Bagels would be re-opening on campus.

In December, a spokesperson told the University Press that some of the dining options on campus were closed due to a lack of students on campus.

Students will also have the option to dine at the Atlantic Dining Hall, Outtakes, Starbucks, Chick Fil A, and Subway.

Pollo Tropical was also scheduled to open once more students arrived on campus, but FAU Dining Services has not announced an opening plan yet.

FAU had plans to build a Panda Express in the food court, but those plans have been delayed due to the pandemic.

With only six dining options on campus, students do not have a large variety to choose from.

Einstein Bros Bagels, Outtakes, and Starbucks are located in the Breezeway Food Court. Both Einstein’s Bagels and Starbucks allow students to grab breakfast items such as coffee, bagels, and breakfast sandwiches.

Outtakes, which is similar to a convenience store, allows students to grab quick snacks such as sandwiches, salads, soups, fruit cups, and baked goods.

Chick-Fil-A is open for lunch, which provides chicken entrees, milkshakes, and salads for students to choose from.

Students can also go to FAU Stadium and eat at Subway, which offers build-your-own sandwiches.

The Atlantic Dining Hall provides the most variety for students and offers breakfast, lunch, and dinner. According to their menu, they offer bagels, cereals, and fruits for breakfast and they offer salads, pizza, pasta, burgers, and more for lunch and dinner.