With the loss, the Owls have their winning streak snapped at four. 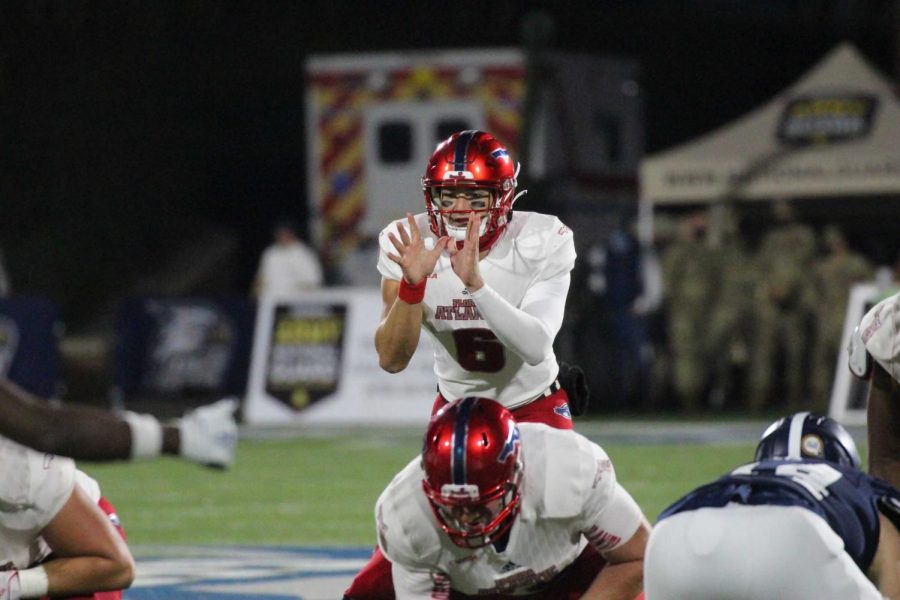 With the loss, the Owls’ winning streak is snapped at four.

Head coach Willie Taggart told the team that they can’t be turning the ball over, especially on the road.

“We gotta be smarter in throwing the football and taking what the defense gives us and not be too greedy,” Taggart said. “All the things we talked about each week when it comes to playing to win, our guys didn’t do it today and we got the outcome that we got.”

The same can’t be said for the FAU offense. Georgia Southern’s defense prevented redshirt freshman quarterback Javion Posey from getting into a rhythm early in the game, and both teams remained scoreless after the opening quarter.

FAU’s first scoring opportunity came when redshirt junior kicker Vladimir Rivas attempted a 44-yard field goal in the first quarter, but was unable to convert it.

Georgia Southern would strike first, as their sophomore slot receiver Khaleb Hood scored a 49-yard punt return touchdown to take the first lead of the game.

The offensive struggles continued for FAU as junior running back Malcolm Davidson came off the field with a left ankle injury in the second quarter. Posey then committed his first fumble of the game, turning it over to Georgia Southern midway through the second quarter.

“I know it’s the ankle. I’m not sure exactly how bad it was,“ Taggart said referring to Davidson’s injury.

Georgia Southern extended its lead to 10 by converting a 30-yard field goal with 3:30 left in the first half. FAU remained scoreless at halftime.

After throwing a second interception in the third quarter, Posey would be benched in favor of redshirt junior Nick Tronti.

As soon as Tronti came in, FAU found its best scoring opportunity all game. They took advantage of it with Rivas scoring a 26-yard field goal with 2:26 left in the third quarter to make it a 10-3 game.

Georgia Southern scored its first offensive touchdown early in the fourth quarter after a two-yard running play to extend its lead to 14.

FAU’s offense reverted back to being stagnant as its rushing offense was overwhelmed by Georgia Southern’s defense. Georgia Southern would score another field goal with 4:51 left, extending its lead to 17.

With one last opportunity at the 14-yard line, FAU was unable to score. This was the first game since 2016 when they lost to Western Kentucky 52-3, that FAU didn’t score a touchdown in a game.

For Posey, it was not his day. He finished the game 7-15 passing for 107 yards, and two interceptions. Posey also had eight carries for 61 yards and one fumble. Tronti, in his short stint, ended with 7-13 passing and 82 yards for the night.

On the defensive side, redshirt junior linebacker Chase Lasater was the standout performer of the night leading the way with 15 tackles against Georgia Southern.

Lasater was pleased that the defense was able to be disciplined and key in on their assignments but wants a better outcome for later games.

“We learned about ourselves and we learned what we need to work on as a team on defense and offense because we have to come together to win games,” Lasater said.

The Owls finished the game with 189 yards passing to Georgia Southern’s 70. The rushing game told a different story as the Eagles outgained the Owls in convincing fashion 269-133.

FAU will play their final game of the regular season against Southern Miss. on Dec. 10 at 6:30 p.m. It will be broadcast on CBS Sports Network.