FAU Football: Owls will look to end 2020 by winning the Montgomery Bowl against the Memphis Tigers

This is FAU’s fifth appearance in a bowl game. 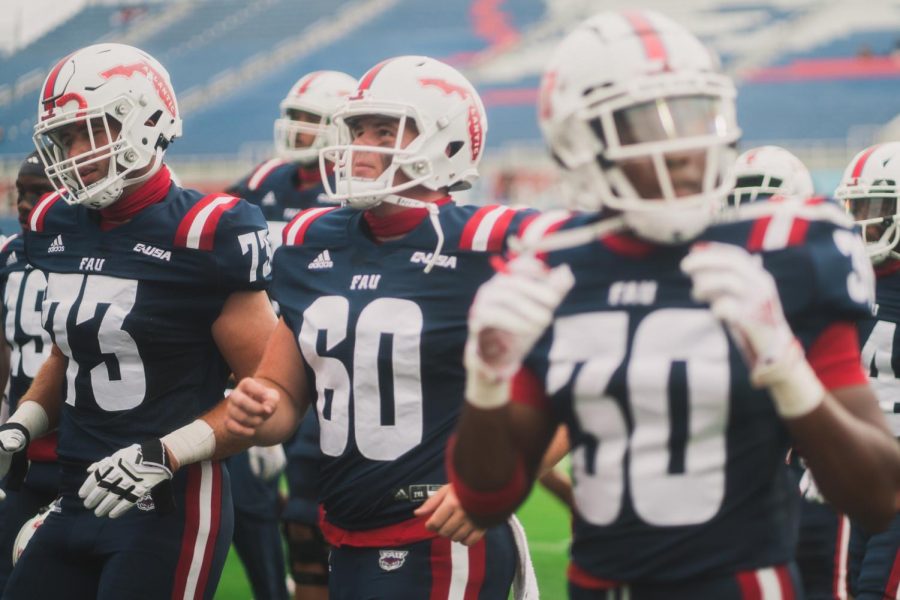 The FAU Football team gears up for their Oct. 3 game against Charlotte. Photo by Alex Liscio.

The Florida Atlantic Owls (5-3, 4-2 C-USA) will look to remain undefeated in bowl games by winning their fifth in program history when they face the Memphis Tigers (7-3, 5-3 AAC) this Wednesday in the Montgomery Bowl at Montgomery, Alabama.

This is the second bowl game FAU and Memphis will have met each other. The first happened in the 2007 New Orleans Bowl, when FAU won its first bowl game, 44-27.

Head coach Willie Taggart concedes the team hasn’t played their best in the last two games of the season, as he says they’re going backwards.

“We need to show improvement and play with the kind of effort and execution that we know we can play with,” Taggart said.

What’s understood from Taggart is that to keep up with Memphis, who averaged 31.6 points a game in the regular season, scoring consistently will be the deciding factor in the way FAU performs on Wednesday.

“You definitely have to score points playing against Memphis,” Taggart said. “[They’re] really talented, especially offensively, [with] what they can do.”

Redshirt senior quarterback Brady White is pointed out by Taggart as the key player FAU has to set its eyes on defensively if they are to hang with Memphis.

“It’s hard to get to the quarterback, he [White] gets rid of the ball pretty quick. He has a great understanding of their offense and does a great job of distributing it to their playmakers,” Taggart said.

The defensive game plan for Memphis is stopping the run and making it one-dimensional for them, according to Taggart.

The game will kick off Wednesday, Dec. 23 at 7 p.m. It will be broadcast on ESPN.