FAU Football: Owls lose to Memphis in the Montgomery Bowl, 25-10

FAU finishes the season 5-4 after starting 5-1. 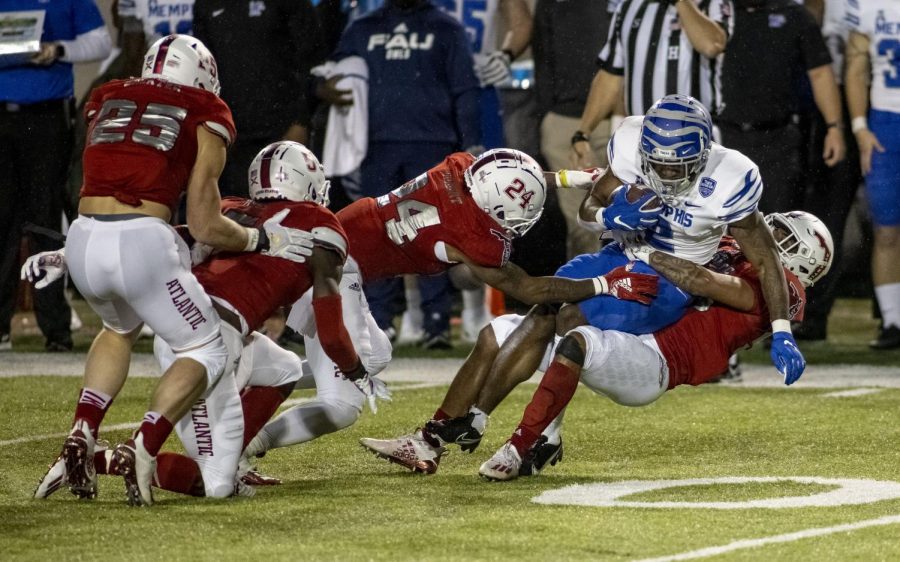 Memphis won on the back of a dominant performance from redshirt senior quarterback Brady White, who threw for 284 yards, three touchdowns, and an interception.

FAU did a nice job covering redshirt junior wide receiver Calvin Austin III, holding him to 28 yards on three catches but he was able to break free for a touchdown in the third quarter.

Although FAU gave up 469 total yards of offense to Memphis, they were still able to force three turnovers. Senior safety and Montgomery-native Zyon Gilbert was able to snag an interception on White in the second quarter while junior linebacker Chase Lasater forced two fumbles.

The fact remains that the Owls struggled defensively in their final three games after being one of the better defenses in the nation for most of the season.

FAU did flip a switch in the second half, limiting Memphis to seven points while outscoring and outgaining them on offense, but the 18-point deficit proved too much to overcome.

“I felt like we didn’t take advantage of [the] opportunities that we got in this football game,” head coach Willie Taggart said. “I thought the defense did a good job getting three takeaways, [but] only getting three points out of those takeaways is not good enough against a good football team like Memphis.”

While FAU had a tough time stopping the Tigers’ potent offense, they had an even tougher time generating any offense for themselves.

FAU put up 290 yards of offense and one touchdown. Junior quarterback Nick Tronti threw for 146 yards, one touchdown, and an interception.

Senior running back James Charles carried the load on the ground, rushing for 82 yards on 16 attempts.

“I am very pleased with our players and what they’ve been able to accomplish throughout this pandemic,” Taggart said. “I don’t like the way we finished, but I do like the way these guys fought all year long, and I can say that our guys didn’t quit, they fought. They didn’t necessarily play winning football the entire time, but they competed.”

After starting the season 5-1, the loss to Memphis marks FAU’s third straight. They now look to the offseason to get better in all areas and bounce back in their quest for another C-USA Championship in 2021.