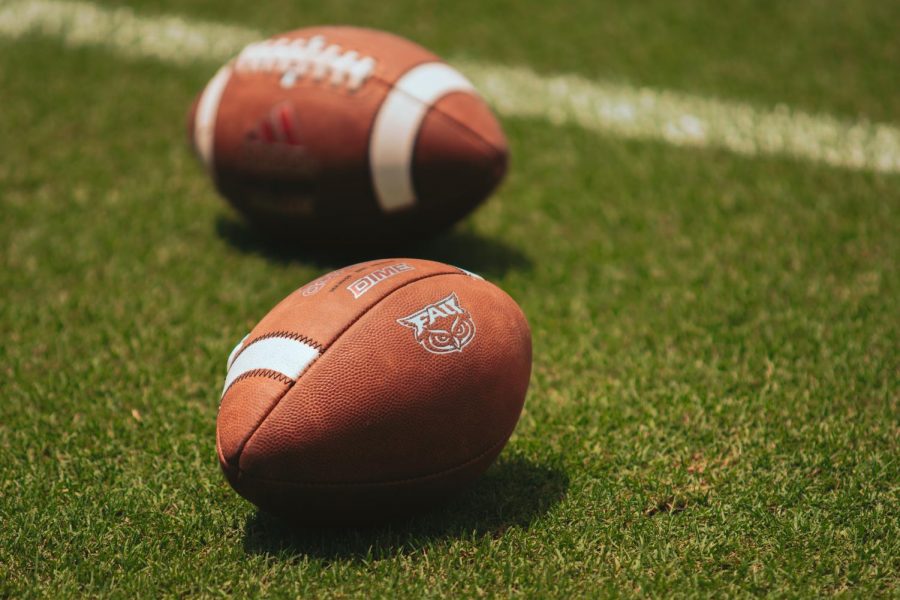 Among that group, 16 are high school seniors, while the remaining two incoming freshmen are transfer students.

6-3, 195 lb. linebacker Keyshawn Greene played in the 2020 U.S. Army All-American Bowl. Rated as the No. 7 linebacker in the nation by 247Sports, Greene ran a 4.49 yard dash which is the fastest recorded by an outside linebacker recruit according to ESPN.

Coming from his previous school, Nebraska, Greene has no recorded game time before entering the transfer portal.

In high school, Greene had a total of 147 tackles, three sacks, and 9.0 TFL. Greene is also slotted as a No. 17 recruit in the state of Florida and No. 100 nationally.

Penn State transfer Michael Johnson Jr. committed to the Owls Spring ‘21 class. Johnson, a 6-2, 199 lb. quarterback, was redshirted as a true freshman. Coming out of high school, he was ranked high in his home state of Oregon as a No. 2 recruit from Oregon and the No. 15 dual-threat quarterback, nationally.

By ESPN, Johnson is rated 199th on their Top 300. He was also ranked as the No. 9 quarterback and No. 2 Oregon prospect. His father, Michael Johnson Sr., holds a valuable and lengthy quarterback history as both a player and coach since 1997 on the collegiate and national levels for four universities and four NFL teams.

6-4, 220 lb. linebacker Julius Barfield is an incoming freshman from Eau Gallie High School (Melbourne, FL) coming in with a total of 30 tackles within six games, one sack, six QB hurries and 4.0 tackles for loss [TFL].

According to 247Sports, Barfield is a three-star recruit and was also named one of the top 100 defensive end strong-side players in the nation.

Hailing from Deerfield Beach High School (Deerfield Beach, FL), Justice Cross is rated as a three-star player by both ESPN and 247Sports.

Cross is a 6-2, 220 lb. linebacker where he contributes to his high school squad’s leading score at 153-35 while looking to the class 8A Tri County Championship game for another success.

Leading his high school squad to the No. 3 ranking in the state of Florida by MaxPreps, Anthony Earle plays as an offensive lineman at 6-3, 309 lbs.

As Earle plays  alongside his twin brother– Michael who has committed to FAU as a preferred walk-on– their team was scheduled to play on Thursday in the class 4A state championship game, as they have a 7-1 record and a 234-91 point differential, and took home the title of state champions with a 35-21 victory over Bolles.

Ranked by 247Sports as the No. 118 player in the state of Florida, wide receiver Jahmal Edrine is an incoming freshman at 6-3 and 209 lbs.

Beginning his most recent high school season with Fort Lauderdale high school, Edrine had a total of 109 yards receiving against Dillard high.

Tight end, William Ford weighs in at 225 lbs. while standing at 6-4. Ford is ranked as the No. 29 tight end in the nation by ESPN and a No. 70 recruit from the state of North Carolina.

Coming from St. Pauls high school in NC, Ford is a multi-sport athlete, as he also competed in basketball and track & field. His team will kick off its season this spring.

Rated as a three-star athlete by ESPN and 247Sports, Courtney McBride comes in as a freshman from Heritage high school in Coyners, GA. The 6-3 linebacker weighs in at 215 lbs. with a total of 3.5 sacks, a forced fumble, a recovered fumble, a block kick, and five QB hurries.

With a shortened season, his high school squad held a 3-2 record where he had a total of 10.0 TFL and 23 stops.

An incoming freshman, Jacob Merrifield has a total of 56 tackles with 15.0 TFL. Standing at 6-3 and weighing 265 lbs., Merrifield is the right fit for a defensive end.

As a senior he finished his four-year career at Winder-Burrow high school in Winder, GA with a total of 182 tackles, 42.0 TFL, and 12 sacks.

Native to Florida, Zuberi Mobley is an incoming freshman from Northwestern high school in Miami, Fl. The 5-10, 185 lb running back was listed on the Miami Herald All-Dade Third team on offense after his junior year.

His high school finished their shortened season at 3-2 including a playoff berth. In previous years he had 10 rushing touchdowns and close to 1,000 yards.

This freshman coming from Sebring high school in Sebring, FL, led the Blue Streaks to an 8-0 regular season mark. Jacob Pasley is rated as the No. 60 tight end in the country by ESPN.

The 6-4 tight end earned first-time All-District honors on offense and within four games, Pasley caught 15 passes for 137 yards and one touchdown.

A 6-6, 260 lb. freshman offensive lineman, Jaden Sandlin played alongside his brother Jordan, as he led their high school team– Tampa Catholic– to a 7-3 season, two playoff victories, and a class 4A regional final appearance.

The team had a total of 21 rushing touchdowns, one of those touchdowns came from Jaden. According to 247Sports he is rated No. 100 offensive guard in the nation.

Jordan Sandlin is also an incoming freshman who is ranked as a No. 161 offensive tackle by 247Sports. He and his brother, Jaden played side by side on their high school team as they outscored their opponents 311-169 and averaged about 200 yards per game and an average of 10 rushing yards.

Rated as a three-star athlete by ESPN and 247Sports, the 6-3 wide receiver is ranked at No. 86 for his position and No. 52 in the state of California. In his third career season, he caught 33 passes and 472 yards.

Safety Amari Wansley is coming to the FAU team as a freshman. At 6-0 and 175 lbs., he led his high school team to an 11-1 season, almost completing a perfect record where the team is ranked No. 5 in Georgia by MaxPreps.

His high school team won the class 5A state championship in 2019. That year he had 45 tackles, 3.0 TFL, recovered a fumble, and had four pass breakups.

Freshman from Marietta, GA, Peter Warrick Jr. is the son of Peter Warrick Sr., who is a former Cincinnati Bengals and Seattle Seahawks wide receiver. Warrick Jr. plays as a safety at 5-10 and 180 lbs. During his junior and senior years of high school, he had a total of 129 tackles.

During those seasons, Warrick Jr. had 66 tackles, a forced fumble, a forced recovery, and two interceptions.

This incoming freshman from Berrien high school was a part of the Georgia Elite Classic All-Star game. In his senior year, the 6-3 265 lb. defensive end, had 58 tackles in his senior year and 5.0 TFL.

Wheeler is ranked as the No. 180 player in the state of Georgia by 247Sports.

Cornerback Jayden Williams is an incoming freshman. During his senior year at Bloomingdale high school, he had 33 tackles and led his squad with three interceptions.

Playing at multiple positions, Williams Averages 18.33 yards while totaling 480 all-purpose yards in his senior season. On offense, he had a carry for 52 yards and four catches for 80 yards.

A decommit for the spring 2021 season was Shedeur Sanders who is set to join his father, Deion Sanders, as they will take on their season as player and coach at Jackson State.

“A lot of these guys are going to be here this spring, which is going to help us as well. I think we answered a lot of questions with this class, and we’ve got to finish up in February,” FAU head coach Willie Taggart said.

This was the early signing period for the fall 2021 season, the remaining signees are expected to be announced on February 3, 2021.