While NextGen Florida has gone to the schools in-person before, they had to change their strategies due to the COVID-19 pandemic. 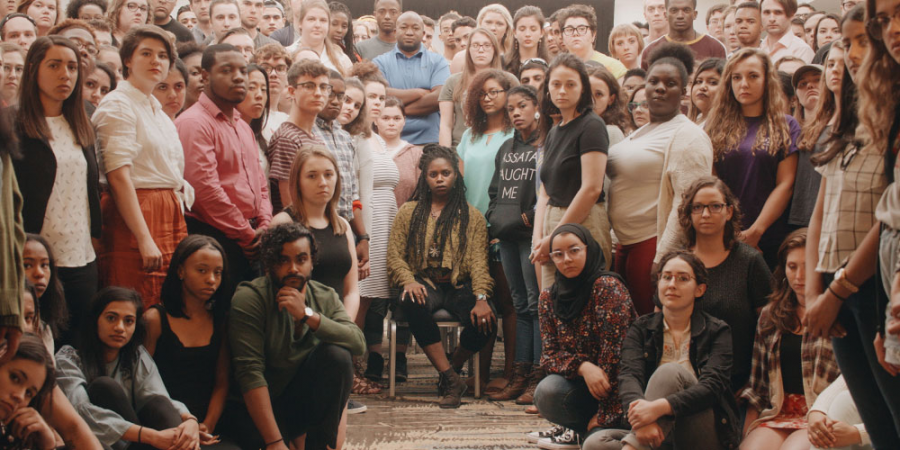 Editor’s note: This story is in the UP’s latest issue that can be found physically on campus and digitally through our Issuu page.

When roaming the Breezeway at FAU during election season, whether it be on a national or local level, the sight of multiple organizations stressing the importance to show up to the polls was very apparent.

With the election between President Donald Trump and former Vice President Joe Biden in full swing, the ongoing threat of the COVID-19 pandemic still looms over the country. For FAU, it means tabling is not occurring, as that’s one of the main methods to reach out to people for student organizations and other groups.

One of those groups is NextGen America, specifically NextGen Florida. Per their website, they are “a diverse coalition of young people, organized to take power by winning elections for progressive candidates.”

The organization spreads the word about voting all across the state, however, they do target a specific demographic. As part of NextGen America’s 2020 plan, the goal is to get the word out to people under the age of 35, which means colleges and universities are an obvious place to get hopeful young voters.

At FAU, there are two full-time organizers and three student fellows dedicated to organizing digitally to represent their platform. While NextGen Florida tackles all colleges and universities across the state, FAU is well-represented at the progressive organization.

Justin Atkins, the State Director for NextGen Florida, is an FAU alumnus who graduated in the class of 2018, majoring in political science.

Atkins says that circumstances are noticeably different now compared to 2018, saying that back then, the organization was involved and tabling on the Breezeway for the gubernatorial race between Andrew Gillum and Ron DeSantis.

“Back in 2018, we were definitely on campus in our blue NextGen Florida shirts, we were tabling, hosting events, going to club meetings and classes,” Atkins said. “But with COVID, first and foremost, we want to make sure we keep our staff safe.”

Strategies that the organization uses according to Atkins, is that every form of communication is being done through the internet, more so, social media and online classes.

“Some of the practices that we’re putting into place is that we’re dropping into Facebook groups like ‘FAU Class of 2022’ and other groups, and just talking with people there,” Atkins said. “We’re still going to classes, but virtually. Some professors won’t allow it but some would and one of our organizers or fellows talk to the students about voting and ways they can go about it.”

NextGen Florida is also doing virtual events to adapt to the times of social distancing and isolation as they organize activities that bring the message of the importance to vote.

Kerry Toussaint, an organizer for the Palm Beaches region, says that because of the pandemic, the organization’s focus has been set on the digital aspect.

“Meaning from hosting virtual phone banks, hosting countless town hall Zoom meetings,” Toussaint said. “And of course, with phone banks, we were able to reach a seemingly endless amount of audience, so it’s not our traditional way of doing activism work, but it actually benefits us to know that it reaches many people.”

For Toussaint, he stresses the impact that the younger generations of millennials and Generation Z will have not only in the 2020 presidential election but on the future of the country.

“At the end of the day, we do have a battle between Republicans and Democrats going on but I think what’s equally more important is having young students just going out and actually utilize that power to actually go vote,” Toussaint said. “I think that it’s very important that kids go out and vote because they actually do have more of an impact on our lives.”

The University of Central Florida alumni recalls having grown up in a marginalized community and how with the next generation of voters, the nature of these communities can be fixed for the future.

“A lot of my friends and I grew up in a marginalized community, so it’s going to school and having computers taking like 30 minutes to start or teachers having to go into their own pockets to actually pay for some of the materials,” Toussaint said. “It directly impacts our education and growing up it’s something that we never realized that it actually comes down to politics, so I’m sure getting them into the habit of actually voting will actually bring about the change needed.”

NextGen Florida brings on students to help bring their message to campuses across the state and for FAU, they have three. Kamea Unger, a senior who majors in Political Science, was looking for a place to campaign for the election and NextGen was the organization she was drawn to after seeing them on campus.

Unger has a vast interest in politics and campaigning as a result of the 2016 presidential election when Donald Trump beat Hillary Clinton.

“In the 2016 election, I couldn’t vote at the time,” Unger said. “So I turned 18 right after that election, and I was just really frustrated and worried about what was happening. So sitting around and doing nothing and just feeling bad about the nature of our politics in our country, I decided to volunteer.”

She said that she has run into a part of the younger generation that doesn’t care about politics, and said that “it’s very sad” to her. She clicked with the organization’s motive which is to get as many people out to vote as possible.

“I spent quite a bit of time talking to people that are around our age, that are really, really cynical about politics,” Unger said. “Politics affects everything we do. But the only way to change is to pay more attention and be involved. It can change the result of an election and then change who’s representing you and creating the laws that are going to affect you.”

With coronavirus in the background, it’s been an unusual but necessary change for Unger as she’s used to connecting with people face-to-face.

“It is really different than traditional campaigning, we haven’t done campaigns like
this ever,” Unger said. “So most of my job is talking to voters on the phone and then getting people and trying to have the conversations and through text messages, instead of face to face.”

Atkins said that NextGen America/Florida is a non-partisan organization and stresses that they are not affiliated with the Democratic or Republican party. However, they have endorsed Joe Biden to become the next president of the United States.

“We are supporting Joe Biden because we feel he has the best plan for young people,” Atkins said. “A plan to take off $10,000 of student debt, for free public college, criminal justice reform … we know that Donald Trump doesn’t listen to young people, he’s more self-fulfilling than anything.”

When the country gets to know the winner of the election in 2020, the outreach doesn’t stop there as the message of their progressive ideals is ongoing.

“The other piece is accountability, regardless of who wins, we have to hold that person accountable whether it’s Biden or Trump,” Atkins said. “We’re going to hold our state elected officials, house reps, senators, the governor, so the fight doesn’t stop.”

Zachary Weinberger is the Editor-in-Chief of the University Press. For information regarding this or other stories, email [email protected] or tweet him @ZachWeinberger.