FAU Football: The Owls prepare for their first non-conference game this season against UMass

This is the first time FAU will face UMass in program history. 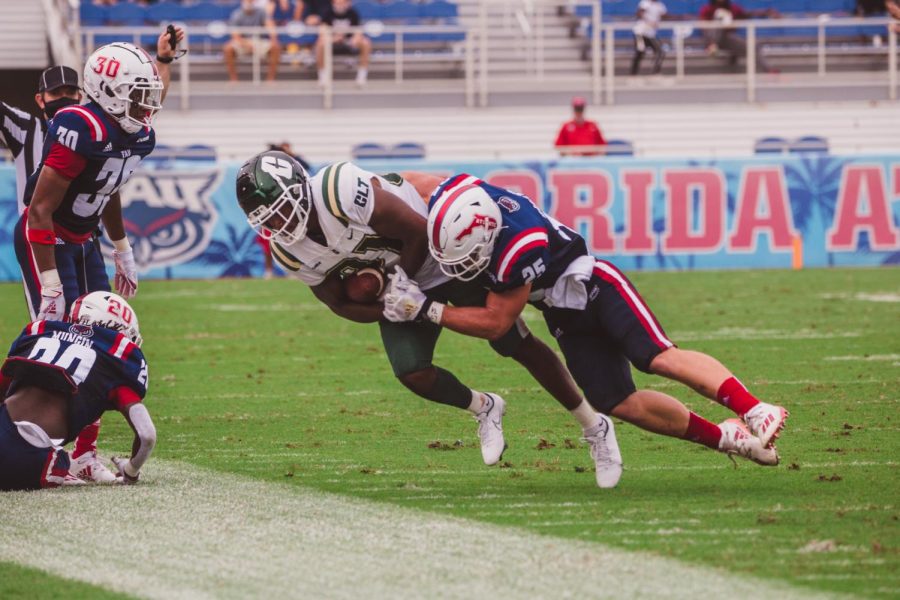 The Florida Atlantic Owls (4-1, 4-1 C-USA) will look to extend their three-game winning streak to four as they face the University of Massachusetts (0-2) this Friday at home.

It is the first time FAU and UMass will face each other in their programs’ histories.

This will be FAU’s first non-conference game this season as other games against outside opponents were either postponed or canceled, such as Minnesota, Stony Brook, Georgia Southern, and the University of South Florida.

After a record-breaking performance of 182 rushing yards as the quarterback in the 38-19 victory over FIU, redshirt freshman Javion Posey is looking forward to having more games like that.

“Making the throws that are there, getting my receivers involved, taking what the defense can give me, and just continue to play my game,” Posey said. “Winning is the ultimate goal.“

Head coach Willie Taggart gives credit to the players for maintaining their focus as they prepare for their matchup against UMass.

“A lot of the focus from our players has been led by players and they’ve been locked into what we need to get accomplished,” Taggart said. “The focus has been there all [week], which is really good.”

UMass enters the game coming off a 51-10 blowout loss against No. 16 Marshall and looks for its first victory this season.

To keep up its play defensively, FAU will need to force more turnovers against UMass and later opponents.

“Every day in practice, we have talked about stripping the ball, talk about punching the ball out, and then we have to make it happen,” redshirt junior linebacker Chase Lasater said. “That’s something we’re working on [our] defense as a whole.”

One player FAU will have to watch out for is freshman quarterback Will Koch, who completed 12 of his 18 passes against Marshall for 99 yards and a touchdown.

This game will also be a reunion of Taggart and UMass head coach Walt Bell, who was the offensive coordinator for Taggart at FSU in 2018.

“Walt [Bell] and I texted a couple of weeks ago when this thing was coming together,” Taggart said. “I know he was fired up, Walt just wanted to play some games, and he understands in order to get better, you got to play.”

The game will kick off Friday, Nov. 20 at 8 p.m. It will be broadcasted on CBS Sports Network.