President John Kelly, interim Dean of Students Audrey Pusey and Student Government all gave their thoughts on the video. 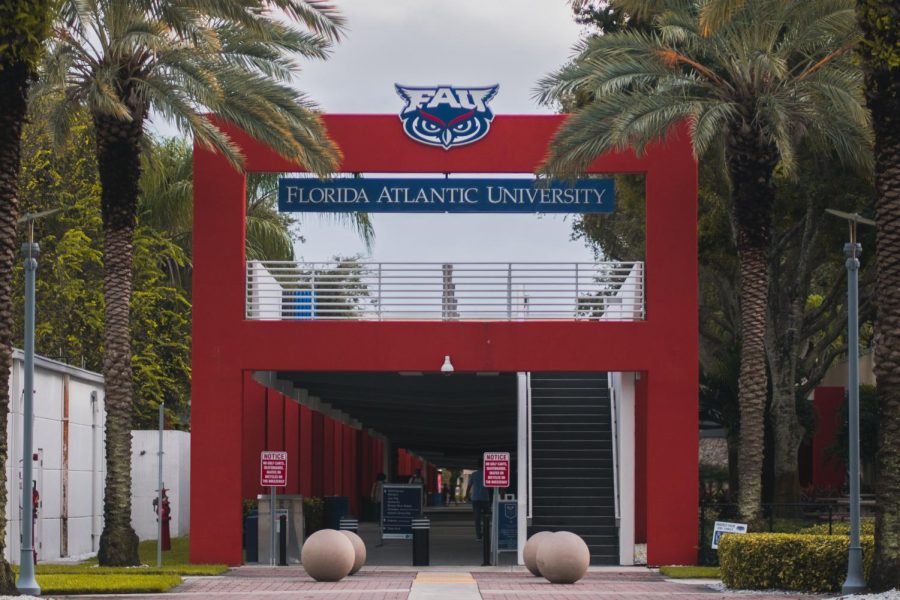 Students can still be tested at the testing location in the FAU tech runway. Photo by Alex Liscio.

Members of the FAU community including President John Kelly, interim Dean of Students Audrey Pusey, and Student Government released statements condemning racism in reaction to a video of a student saying obscene remarks.

According to an anonymous source, who was the recipient of the video, Richards sent it through his girlfriend’s account.

The video has gained attention on social media with students asking for disciplinary actions to Richards. In response, the FAU Admissions Twitter account replied “The Dean of Students office has already been notified and is investigating further on this matter.”

Hi! The Dean of Students office has already been notified and is investigating further on this matter. Thank you.

Kelly released a statement about the Richards situation that was sent by email to students and faculty. It was also posted to his Twitter account.

“You may be aware of a recent social media video that features racist and offensive content,” Kelly said. “I’d like to reiterate how vital it is for us to come together in the face of hate and racism, and to reaffirm our commitment to the long history of diversity and inclusion that sits at the heart of this great institution.”

He also mentioned the statement that he released in the summer and said that his stance hasn’t changed.

“This past summer, I shared a message with you that condemned all acts of racism, hatred, and violence,” Kelly said. “Those feelings are just as strong today, and the use of the language displayed in the social media video is fundamentally contrary to our views and values.”

You may be aware of a recent social media video that features racist and offensive content. I’d like to reiterate how vital it is for us to come together in the face of hate and racism, and reaffirm our commitment to diversity and inclusion. https://t.co/D7owlBCxxF #FAU

With the FAU Admissions Twitter account relaying people to the Dean of Students, the UP reached out to interim Dean of Students Audrey Pusey for comment. Pusey couldn’t comment specifically about the case “due to the Family Education Rights and Privacy Act (FERPA), I cannot speak to individual cases.”

However, Pusey expressed that the school is aware of the video involving “a first-year student” and said that Kelly’s comments were clear and direct about FAU’s condemnation towards “racism, hate, and violence.”

While she didn’t disclose the outcome of the investigation or if it’s still ongoing, Pusey said the First Amendment and the protection of freedom of speech have to be taken into account.

“We understand that when statements like those reflected in the video circulating on social media, the harmful impact reaches far and wide. Yet, the protection of speech afforded by the First Amendment must govern the University’s response,” Pusey said. “The Constitution makes it clear that freedom from government interference, including public institutions like FAU, applies not only to ideas that we agree with but also to thoughts and ideas that are contrary to our university values.”

Pusey also stated that these incidents should “serve as motivation for our entire community to continue building a truly diverse and inclusive environment.”

FAU Student Government acknowledged the incident with Richards by posting a letter on their Instagram page.

“In the recent events that have taken place on campus involving the individual seen on FAU campus inciting racial slurs, we as Student Government condemn this hate speech,” the letter reads.

In the message signed by President Celine Persaud and Vice President Joseph Burgese, they assured the student body that they “will take all the action in our power to ensure this is investigated fully and that appropriate action will be taken.”

Please see the attached statement from our Student Body President and Vice President in regards to the racial activity that has been brought to our attention.

Zachary Weinberger is the Editor-in-Chief of the University Press. For information regarding this or other stories, email [email protected] or tweet him @ZachWeinberger.