Both Robison and Leroy were expected to play a vital role in the team’s plans this upcoming season. 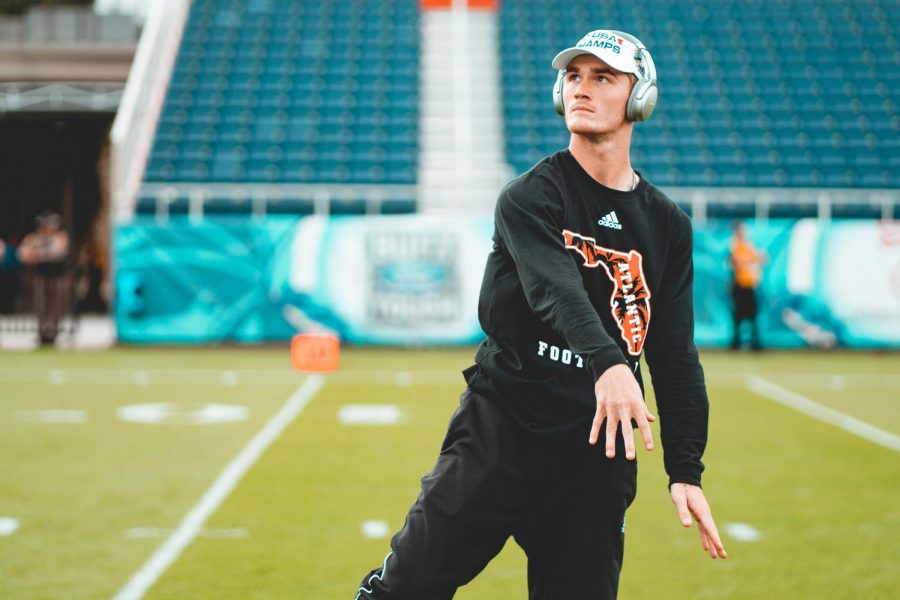 In his redshirt sophomore season, he broke the record for the most passing yards in a season with 3,701. Photo by Alex Liscio.

Editor’s Note: More information has been added to accurately reflect the timeline of dismissals and rejoining of Robison to the FAU football program and the allegations that were attached to him.

As FAU’s football players return to campus in preparation for the start of preseason camp, it looks like the Owls will be without one of its biggest contributors this season as quarterback Chris Robison is “no longer with the team,” a university spokesperson told the University Press.

Robison was dismissed from the team in 2019 for an alleged sexual battery case, but was reinstated back to the team that June after the investigation concluded.

The University Press previously wrote about the investigation into the alleged sexual battery case, and where FAU may have violated a law.

When he was a redshirt sophomore, Robison became the program’s all-time single-season passing yards leader, throwing for 3,701 yards and 28 touchdowns.

Linebacker Akileis Leroy was also not listed on the preseason roster.

Leroy did not play in the Cheribundi Boca Raton Bowl due to suspension and was just recently added back onto the roster.

Both players were expected to make a major leap this season and potentially lead FAU to the program’s first top 25 ranking.

Leroy was also named to the Bednarik Award Watch List, which is given to the nation’s best defensive player.

Robison’s departure creates a quarterback controversy as Nick Tronti will be expected to battle Willie Taggart Jr., Justin Agner, and Javion Posey for the starting job.

Barring any last-minute changes, FAU is expected to kick-off its 2020 football season Sept. 19 on the road against Georgia Southern.

Trey Avant is a contributing writer for the University Press. For information regarding this or other stories, email [email protected] or tweet him @TreyAvant3.