FAU Hockey: The Owls, along with the South Eastern Collegiate Hockey Association, make move to the College Hockey Federation

FAU, the SECHC and the Southern Collegiate Hockey Conference (SCHC) will be going to the CHF when the puck drops this spring. 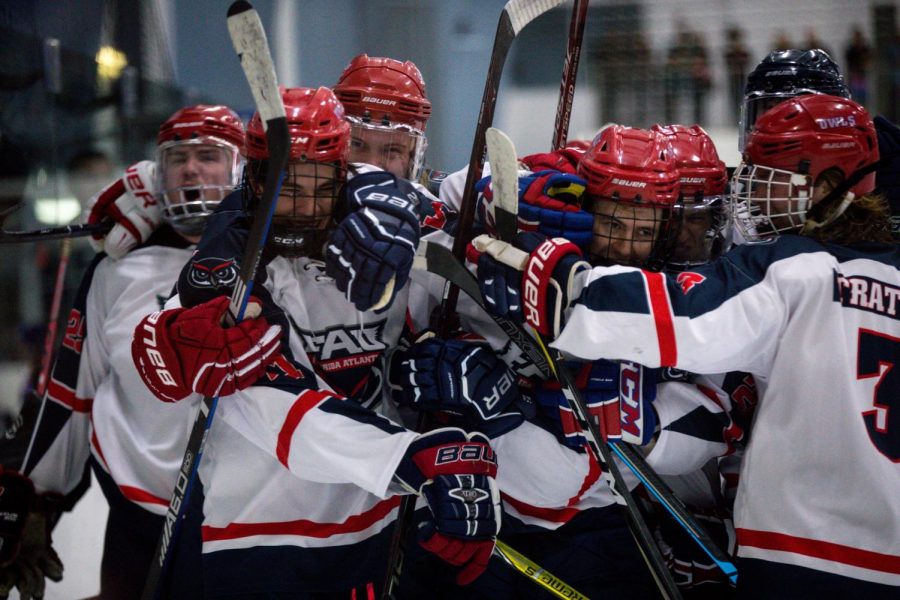 While they'll make the move to their new home in the CHF, they'll have to wait until January of 2020 to play. Photo by team photographer Kim Smith.

When the season starts back up in January 2021, the FAU Hockey team will have made the move from the American College Hockey Association (ACHA) to the College Hockey Federation (CHF).

EXCITING NEWS! Owls Hockey Club, along w/ the other teams in the SECHC, will move to & compete in the College Hockey Federation (@CollegeHocFed ) when play resumes Jan ‘21. CHF is affiliated w. the Amateur Athletic Union (@TheRealAAU ). We look forward to the incredible matchups! https://t.co/LwJikBwz7O

This is a significant move for the Owls, as they will be jumping up from the ACHA’s Division III level to the CHF’s Division II level.

“The SECHC and SCHC are thrilled to join the CHF, which puts the student-athlete first. Our student-athletes are at the core for why we exist, and our conferences made this decision with that in mind.” SECHC commissioner Justing Bradford said in a statement.

With the student-athletes in mind, the SECHC made this move up to a higher level to give their schools more exposure and give them better competition to play against.

“We understand this is a big leap for both conferences, but we feel this is the right direction for us. We will both have representation in the evolution of the league at the governing body level as well as at the national tournament,” Bradford said, “We look forward to working with the leadership of the CHF in building a fantastic governing organization to lead us all into the future of non-varsity collegiate hockey.”

FAU will likely still match up mostly against their familiar South Eastern foes, such as rival Ole Miss, but the move to the new conference could potentially add some schools from up North in the mix, including No.1 Binghamton University (NY), No.5 Quinnipiac University (CT), and No.9 University of Delaware (DE).

The schedule has yet to be finalized, but with the move to the CHF, the Owls should be locked and loaded for a tougher competition coming in January.

Colby Guy is the Features Editor for the University Press. For information regarding this or other stories, email [email protected] or tweet him @thatguycolbs.