The final session of these talks brought about some positive outlooks for students and administration. 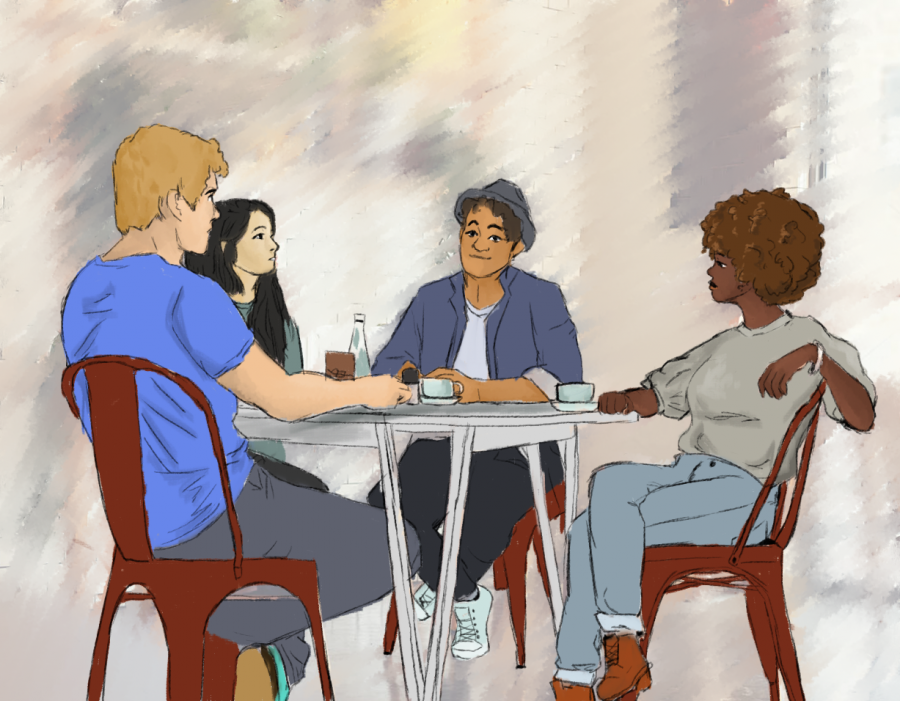 This was the only session in the series that was open to all races and ethnicities. Illustration by Michelle Rodriguez.

FAU’s Division of Student Affairs wrapped up their discussions regarding the climate of the country on Monday, this time, the session was open to everybody regardless of race or ethnicity.

Racism and discrimination has no place at #FAU! Don’t miss the last Student Affairs’ open forum to provide feedback on the university climate of inclusion and equity. Monday at 5:30pm. Join us via WebEx https://t.co/WGHafsa3WL Meeting number 120 087 0687 password Inclusion2020 pic.twitter.com/jWpj66ki8m

In the sessions last week, which were separated by race, they were to “provide an open and safe environment for candid feedback that is directly related to the race/ethnicity from which they identify,” according to the email released by Owl Central on July 7.

From the beginning, there was a significant difference in the discussion. Many Black and Latinx students brought up the issue of having a different moderator, to fill in the times when there was silence, and to have someone who could relate to the issues that Black and Hispanic students face at FAU.

For this session, David Bynes, Assistant Director of Diversity Education and Training at FAU, and Dr. Joy McClellan, a professor in the College of Social Work, were the two moderators.

There was a notable difference in the flow of the sessions, compared to the discussions hosted earlier in the week. There were no significant moments of silence, and many more students spoke in the discussion about action plans and what they can do as leaders.

“I’m showing up today as a leader who’s ready to take action and provide resources for students to express their concerns to,” said Celine Persaud, Student Body President.

Persaud also said that Student Affairs has taken “a great first step” in hosting the discussions over the past week to see how people feel and target that to move forward.

“If we’re just having conversations about how people feel, then at that point, that’s all the conversation is,” Persaud said.

The conversation then shifted to what student organizations have done to continue the advocacy for social justice.

Tia Byrd, the Recording Secretary for the Xi Epsilon Chapter of Delta Sigma Theta Sorority Incorporated, has said that as an Elite Owl Ambassador, she has been advocating for students to register to vote and to use their voices on campus.

Persaud added that as the Student Government President, something that student government could do is have more Black students in positions of power.

“FAU is such a diverse university, you can’t really say that there is a typical FAU student. There’s such a diverse population and sometimes, these opportunities don’t reach these diverse groups.”

Many students agreed with Persaud saying that these discussions could have been marketed better, to reach more students.

Many student leaders believe that COVID-19 restricting these discussions to being online-only could help with the connectivity between students.

Arismendis Altagracia, President of the Lambda Alpha Upsilon Fraternity Incorporated, said that he hopes that there are more connections between commuter students, but it depends on how the school markets these conversations.

“I think we really need to evaluate how we reach those students so we can get more attendance to events and talks. I’m getting engaged with student organizations, I think that’s something the school really needs to look at,” Altagracia said.

When the question came up about what FAU can do now to promote inclusion, students repeated some of the same initiatives from previous discussions. More diverse faculty, a safe space for Black students on campus, more promotions of diversity from the Greek community, and the establishment of an SLS course on racial awareness and advocacy.

“Providing SLS courses aimed towards racial injustice, race relations and recognizing microaggressions and when they occur, allyship awareness and advocacy and identity development. I would like to see an SLS course, and also a component of maybe diversity training. So those are two key points because you need to have those kinds of training, especially with employing your staff members. And also with incoming freshmen as well,” Byrd said.

Students left this discussion happy with the strides that FAU administration is taking and hopeful for the future of the university. Students continued to say that they will continue to hold FAU accountable for their actions. Byrd says that it will be tough, but progress will be made.

“Frederick Douglass has a quote and it says without struggle there can be no progress. So this is a tough situation, it’s a struggle, and in order to get change you have to actually encourage other people to want to struggle for shared aspiration,” Byrd said.

Joseph Acosta is the Managing Editor at the University Press. For inquiries regarding this story or any other stories, email him at [email protected], or tweet him @acosta32_jp.