Opinion: The death of Ahmaud Arbery is not as complex as some say

In the case of Ahmaud Arbery, America is once again shown the racist double standards Black people face 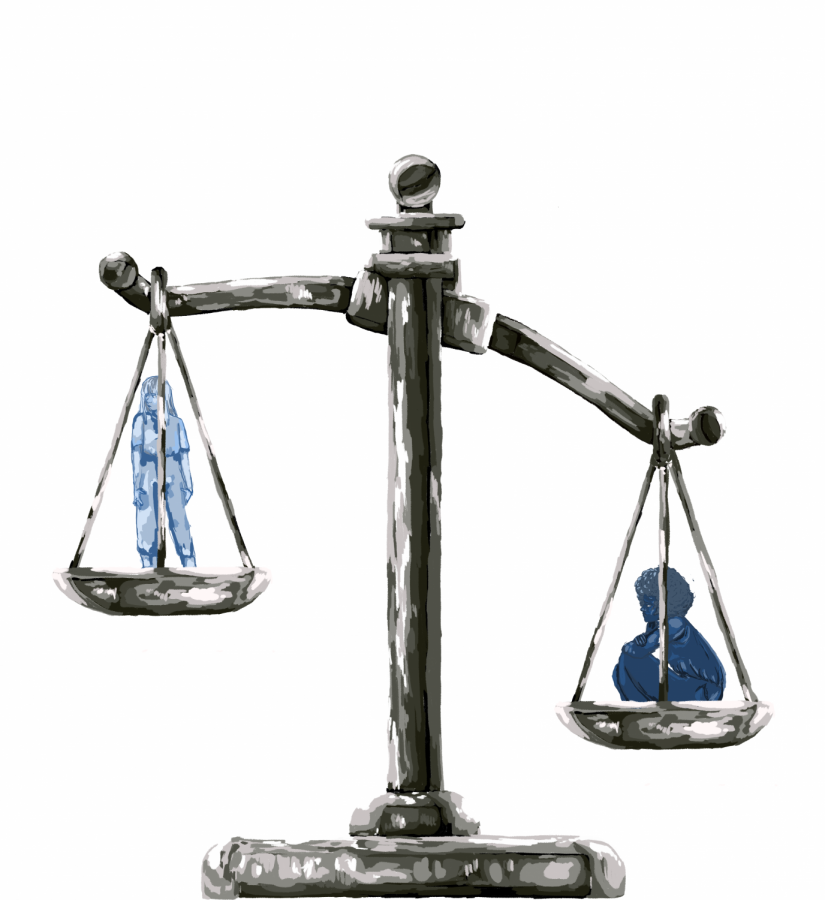 Editors Note: This opinion has been updated to reflect the depiction of Arbery in the video.

On Feb. 23, 25-year old Ahmaud Arbery was murdered after being chased by Gregory and Travis McMichael, two white men in their pickup truck.

Arbery, who is black, was jogging through a South Georgia neighborhood when the McMichaels apprehended him, believing he was a man suspected in multiple break-ins within the area. It wasn’t until after the video of the shooting was released May 5 that the McMichaels were officially charged with murder and aggravated assault. Recently, all three people involved in the murder of Arbery were indicted with nine counts of felony murder, malice murder, and more.

I go and jog with my family almost every day, but since the video of Arbery being killed was released, we stopped running.

Black people are subjected to fear of even going outside because of the racist ideology that they are dangerous and are up to no good.

News of Ahmaud Arbery’s death eventually reached President Donald Trump. When asked about the killing, Trump said that he was “very disturbed” by the video that was released, yet insinuated that there could have been something that occurred off-camera — an “empty spot,” as he described it.

Soon, multiple videos were released of a black male walking around a construction site 12 days before Arbery’s death. News resurfaced of his indictment on bringing a gun to a high school basketball game in 2013, seemingly justifying Arbery’s death by insinuating he’s a bad person.

There is no complex story to this killing. There is no other side to the story that needs to be said. Nothing off-camera, no previous indictments from 2013, no empty spot.

This was a murder, another murder of a black man doing everyday things most White people never have to think twice about: driving, jogging, being in their own home-and two white males who believed they were above the law felt the need to take the life of another.

Yet, there always seems to be a need for another side of the story when a Black person is killed by a white person. Always a need to dig into the person’s history, and a need to vilify the victim.

When Trayvon Martin was killed in Sanford, Florida in 2012, Martin’s texts citing drug and gun use were leaked, which allowed George Zimmerman to claim self-defense, leading to a jury to acquit him of all charges.

When Tamir Rice was murdered in Ohio in 2015, the defense claimed the officer “acted reasonably,” citing a report that a Black man was pointing a gun at people. Rice was 12.

What people fail to realize is when these statements are made and these claims of past behavior are brought up, they are absolving the killer of any blame, thus justifying his actions.

When it comes to the killing of innocent Black people, the justice system doesn’t cover all the bases. Instead of past evidence being brought against the perpetrator, we are the ones who are subjected to being placed under a microscope.

A white person killed 22 people at a Walmart in El Paso, and the governor of Texas was quick to say mental health is a large contributor to violence. Black people who protest injustices are deemed violent, and threats to the public, but when white people protest their right to go outside during a pandemic, they are deemed, “very good people”, and defending their rights.

I’ve seen it happen far too many times to count. Black people are given no opportunity to be “misguided,” or “having mental issues.” To some white people and police officers, a Black person minding their business is a target.

Since the video of Arbery’s murder was released, support for Arbery has poured in from people like Atlanta Mayor Keisha Lance Bottoms and NBA star LeBron James. On his birthday, May 8, supporters ran 2.23 miles to remember Arbery.

For Black students, this tragedy hits closer to home. “I am deeply saddened but not surprised about the murder of Ahmad Arbery. This injustice against blacks goes back for generations and there appears to be no end in sight. As of now, the best thing we can do is continue to share their stories along with the countless others,” said Kennedy McKinney, president of the Black Student Union at FAU.

In the case of Ahmaud Arbery, the focus shouldn’t be on what past things Arbery has done. It shouldn’t be on whether he was in a construction site 12 days ago. The focus should be on the fact that two white men murdered him in cold blood, then were able to go about their daily lives for almost three months without any action taking place.

The focus should be on a justice system that allows citizen’s arrest to take place, and on a nation that has emboldened people to be overtly racist, and take their racist actions into their own hands. This was a modern-day lynching — no “empty spot” required.

Joseph Acosta is a staff writer for the Florida Atlantic University Press. For information regarding this or other stories, email [email protected] or tweet him @acosta32_jp.