The event was organized by FAU’s Progressive Black Men Chapter 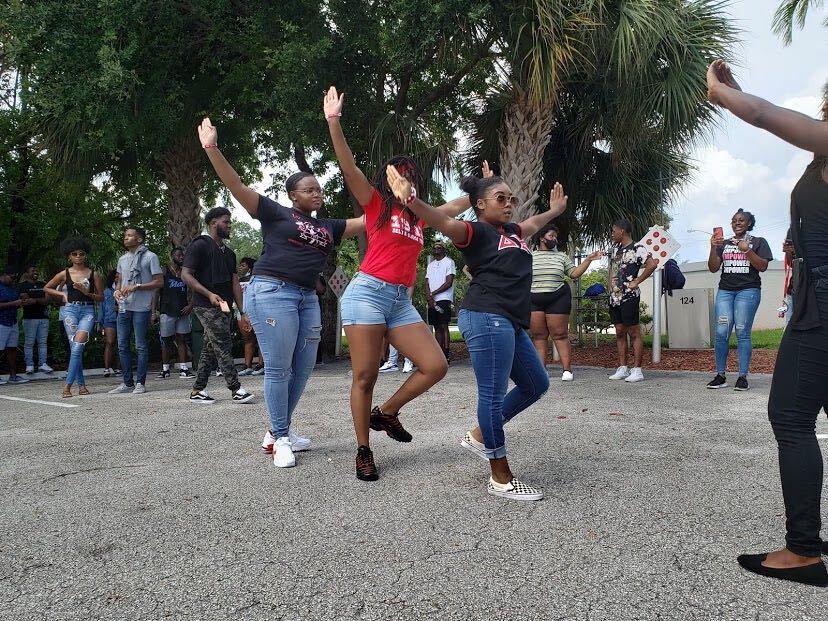 Editor’s Note: This story has been updated to accurately reflect the date of which Abraham Lincoln signed the Emancipation Proclamation, and when the proclamation reached the slaves in Galveston, Texas.

It was an afternoon of celebration and remembrance as students from the Progressive Black Men chapter at FAU held their annual Juneteenth observance on Friday at Eben-Ezer Baptist Church in Boca Raton.

Already celebrated by many Black Americans every 19th of June, Juneteenth marks the anniversary of the announcement that President Abraham Lincoln’s executive order, the Emancipation Proclamation, had abolished slavery in confederate held territories in 1863. The message was part of “General Order No. 3” and was read aloud to the city of Galveston, Texas by Union Army General Gordon Granger on June 19th, 1865.

“Juneteenth is like the Fourth of July for African-Americans,” said Keith Powell, one of the event’s organizers. “This is the day slaves were told that they were free.”

The event came quickly on the heels of Black Lives Matter demonstrations carried out recently in cities across the nation following the violent killings of George Floyd, Breonna Taylor, Ahmaud Arbery and other Black Americans, for whom supporters still seek justice.

Though not directly connected with any of the protests, many of those in attendance at Friday’s event also echoed a call for change.

“We feel that Juneteenth should be a national holiday,” Powell said.

June 19th was first celebrated as Jubilee Day in 1866 in Galveston and although it was declared a state holiday in Texas in 1980, there is still little recognition at the national level.

Notably, President Donald Trump canceled his campaign rally in Tulsa, Oklahoma originally scheduled for Friday, “out of respect” for what he termed a “holiday” in a recent address. Yet, while the president does hold the power to declare any day a one-time federal holiday, action by Congress is required to create a permanent one.

As fate would have it, bipartisan legislation was introduced to the House of Representatives on Friday which, if passed by both chambers of Congress, would officially declare June 19th the eleventh federal holiday in the United States.

“The time has come to not continue to sit back and hope everything pans out without getting involved,” he told the crowd of students. “You’ve got to get involved in the process to truly make a difference.”

Following his speech, Chief Sims explained the reasoning behind his call to action.

“The police are only as strong as the community we serve,” he said. “Until we work together to address the issues we’re facing in our communities, nothing will get done. Let’s have that discussion that we’ve been avoiding for so long.”

One issue absent from the proceedings was any mention of the recent COVID-19 pandemic, though the tell-tale signs of its effects were visible, with many in attendance wearing masks. Social distancing was encouraged while a sanitizing solution was freely available and provided in conjunction with the food.

For some FAU students, like Junior Rachelle Saint Louis, the growing calls for the recognition of Juneteenth are only the tip of the iceberg for Black acknowledgement in the United States.

“Black history is American history,” she said. “Black people in America are making history, why are we not in the textbooks?”

Zeke Kemp, a local orator and activist, was also invited to speak and he provided attendees with plenty of food for thought by using the descriptive power of metaphor. He closed his speech by explaining the concept of strength in numbers using the example of a herd of buffalo, who would only be attacked by a chasing pride of lions if they strayed from the safety of the group.

Afterward, he was able to sum his message using only one word.

“We can’t have victory without unity.”

John DeStefano is a contributing writer for the University Press. For information regarding this or other stories, email [email protected] or tweet him @Johns_voice.