Head Coach Willie Taggart emphasized the importance of educating his players throughout everything going on, beyond the football field or the film room. 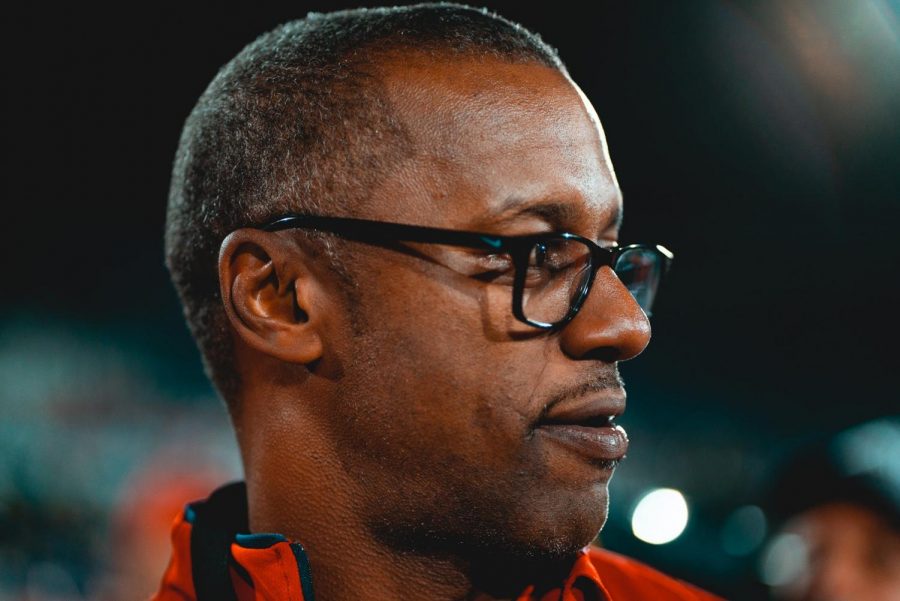 The upcoming football season is still in question as there is over 100,000 cases of COVID-19 in Florida. Photo by Alex Liscio.

COVID-19 and nation-wide civil rights protests have taken a major toll on the FAU Football team, especially entering the 2020 season.

Head Coach Willie Taggart said the team has had to adjust to their new “normal” routine in preparation for the upcoming season, but while a return to the field is uncertain, according to Taggart, they’re “just preparing as if we have a season until they tell us that there is not going to be one.”

“The more we follow the [Center for Disease Control and Prevention] guidelines, the better it will be,” Taggart said.

The Owls were unable to participate in Spring practices so the dynamic of the incoming players and those who remain from last year is questionable. With over 100,000 cases of the COVID-19 in the state of Florida, no one on the FAU football team has tested positive for the virus.

“I’m concerned with our entire team, to be honest with you, because we didn’t have spring ball. I really don’t know this team like that,” Taggart said. “We have to really rely on the film that we’re watching.”

The Owls have had to depend more on film to learn and grow as individual athletes and become better as a team. However, Taggart wants the team to watch and study both the good and bad of their plays; not just the highlights.

Though the team was unable to have spring ball and camp isn’t what they’re accustomed to, the team has had the opportunity of bonding over more than just football. They have taken action to use their voice and platform to speak up on what they believe.

The athletes spoke about making strategic change. In fact, the team and coaching staff came up with something called “Real Life Wednesday’s” where they do activities that not only include football–– things that help them grow as people.

While practicing social distancing, the coaching staff has had limited interaction with the players. In fact, Taggart has had to conduct virtual meetings as well as campus tours through Zoom in order to show the university to new athletes.

After one Zoom meeting with the entire team, coach Taggart felt it was one of his best meetings as a football coach as they discussed the ongoing troubles of the nation’s current reality.

“I told our players we weren’t here to judge. We’re going to listen and understand,” Taggart said. “I thought it was awesome because our guys spoke up. It was great hearing our players because they spoke from the heart.”

“And that was great because all our guys said they probably wouldn’t have registered to vote,” said Taggart.

Taggart emphasized the importance of educating his players throughout everything going on, beyond the football field or film room.

“I wanted to make sure we can educate them pretty much on civics and not just voting for someone who has an R or D beside their name,” Taggart said. “They can vote for the right person for them.”

Uncertain of the return of the season, “that’s just preparing as if we have a season until they tell us that there isn’t one,” Taggart said.