Social distancing has limited many in-person meetings and large events, but clubs are still finding ways to maintain communication virtually. 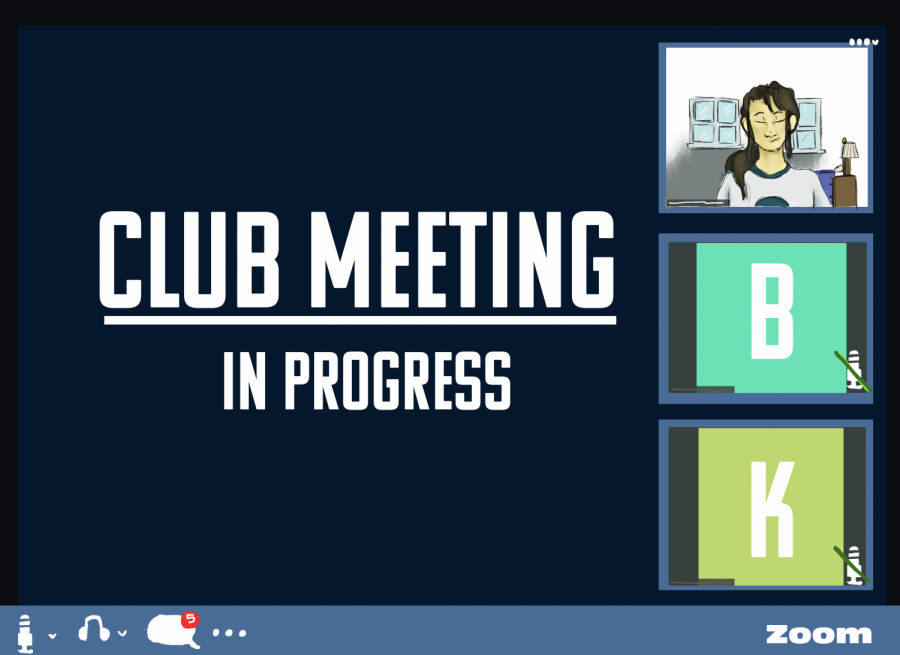 Over the last three months, clubs have had to learn how to accommodate the new normal. Social distancing rules have led to many trips and events being canceled for the safety of the attendees.

On March 27, FAU announced the transition to remote learning until further notice, leaving many clubs to find ways to maintain active throughout this time period.

Club presidents called the change “emotional,” but are looking forward to meeting as soon as it’s safe.

Here’s what some clubs at FAU had to say:

The American Institute of Architecture (AIA) met for the last time right before spring break. Yara Zbib, president of AIA, said that the board has been meeting every few weeks via Google Hangouts to reorganize their club.

“It was actually emotional for most of us after we found out [FAU had transitioned] because we had to go into the studios and empty out our personalized spaces,” Zbib said.

For AIA, the event cancellation involved moving their elections online for the first time. AIA members campaigned via Instagram as opposed to using campaign posters inside the studios, Zbib said. They held the election voting process using Google Forms for signing-up and voting during the election.

Although the transition to remote learning has not been easy, clubs are looking at the bright side and seeing the changes that this could bring to the clubs.

Best Buddies were supposed to attend the Best Buddies Friendship Ball on March 13, but the event got canceled the day of the ball. Best Buddies rely on the physical interaction between their peer buddies as part of the club.

As part of the organization, they match a student with intellectual and physical disabilities with someone who does not, in which they call them “peer buddies.” Throughout the year, the student and their “peer buddies” connect with each other through events, whether that be at school or outside of campus.

“I would like to have more than one event per month, even if they were to be on a smaller scale,” Melgar said.

Yaxmira Morales, president of Florida Future Educators of America (FFEA), was planning for their next in-person meeting before the transition. Morales said that the transition to remote instruction affected them since many members of the club work in schools, leaving them to not only transition their classes but their students to remote learning.

Morales said that she would like to hold more meetings for FFEA, as the club does not meet often due to the members not always being on campus. She added that frequent meetings could help out the children more and the students they look out for in the field.

Felipe Rodriguez and Estefania Palmer, co-presidents of the American Marketing Association (AMA), held their last in-person meeting the last week of February before the transition.

“We stayed in touch with the members through the WhatsApp group and we just communicate with them there,” Palmer said. “Little by little trying to see what was going out there and taking the information as we had it, we [then gave that to] the members.”

While clubs not only had to adapt to virtual communication, but they also had to cancel or postpone events for the future.

Palmer said that the AMA had to postpone a formal dinner and a fundraising car wash that is all being moved to the fall semester.

“We’re planning a plan B just in case so we can keep having meetings with members and giving them that added value of being part of AMA,” she said.

If FAU does not allow clubs back on campus in the Fall, AMA is prepared to hold events, just in a different way.

“If it were to happen again, where we have to go remotely, we’re still planning on having [some] those events [but virtually],” Rodriguez said.

For AMA that means having a lot of plan Bs.

“Tackle every situation as if it was going to happen,” Palmer said. “Plan ahead, not just for the semester but the entire year.”

Natalia Ribeiro is a contributing writer for the University Press. For information regarding this or other stories, email [email protected]