Dean Michael J. Horswell hosted the conversation highlighting the “Peace, Justice, and Human Rights Initiative” within the College of Arts and Letters. 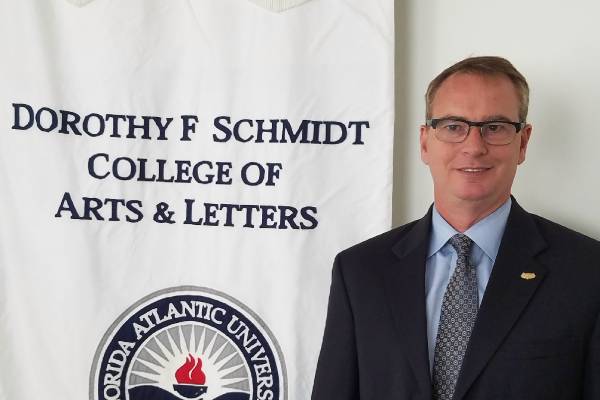 The College of Arts and Letters hosted a conversation titled “Dialogue for Change” on June 9 via Zoom, centered around the current U.S. social climate.

Michael J. Horswell, Dean of Arts and Letters, hosted the conversation with 128 attendants, including the department’s faculty. He laid out that his main objective was to listen to the participants and discern what the needs of the FAU community are.

#FAU’s Peace, Justice, and Human Rights Initiative within @FAUArtsLetters hosts an open conversation about the current social climate of America Tuesday at 4 PM.

The conversation allowed multiple people to tell their stories of their experiences with racial injustice in their lives. Horswell said he was moved by the personal testimonies of students and faculty of color “who must go the extra mile every day to survive and thrive in the current environment.”

Barclay Barrios, Associate Dean of Arts of Letters, echoed Horswell’s sentiments and he wanted to listen to the experiences and concerns of people of color.

“With so much going on in the world, it’s chillingly easy for the next crisis to grab our attention and our time but if we don’t use this moment as the moment to make change then we will face this moment again when some other POC is murdered by the power of the state,” Barrios emphasized. “I’d rather not see that.”

He added that moments of stark clarity provide opportunities for real change but only if we commit to hard, long work. He then said that there’s a lot of work to do at FAU and that work has to be significant, sustained, and systemic.

“It’s not going to be enough to just point students to resources or make an appeasing gesture to diversity, equity, and inclusivity,” Barrios said. “It’s going to take a series of long, hard conversations and a discerning look at what we teach, how we teach it, who teaches it, who leads the university, and how we prepare all teachers to confront racism and microaggression in the classroom and abound campus.”

Horswell hopes that what we are seeing in our streets gains enough momentum to enact true systemic change in our country.

“Let us not leave the heroic voices of protest in the streets; let us join them in enacting a better world for us all through concrete actions in each of our communities,” Horswell said. “FAU is our community and I pledge to work with our students and university leaders to take those concrete actions, now.”

FAU promoted the discussion on Twitter, highlighting the “Peace, Justice, and Human Rights Initiative” within the College of Arts and Letters.