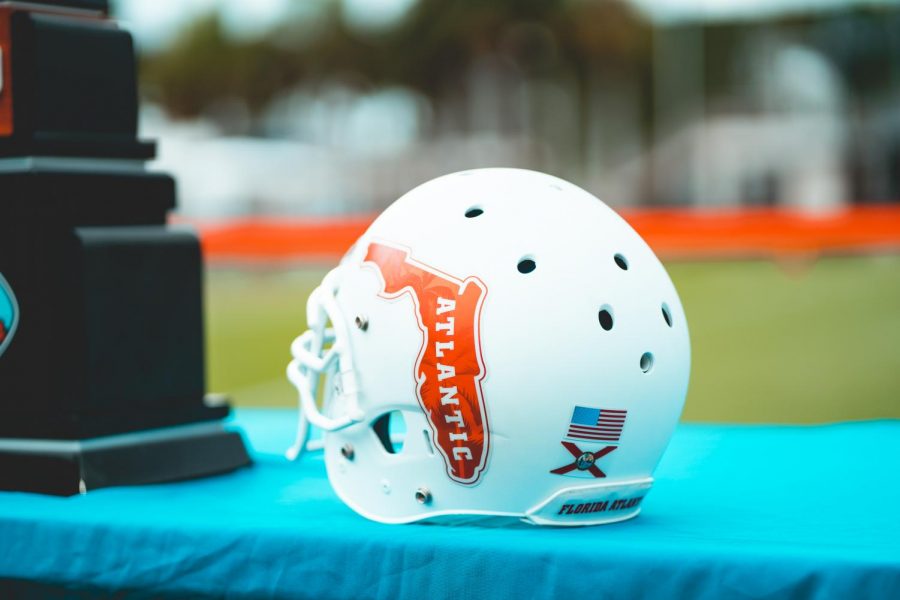 Two players from the football team (Matthew Akuchie and John Mitchell) made the President's list while one made the Dean's list (Matt Hayball). Photo by Alex Liscio.

FAU student-athletes reach a new school record by obtaining an overall GPA of 3.29 even when the latter half of the semester transitioned to online.

Not only is it the highest overall GPA in the history of the school’s athletic program, but it’s the tenth straight semester with a 3.0 or better.

Vice President and Director of Athletics Brian White expressed how happy he is for the students and the precedent it sets for the coming years.

“This is just the latest example of the exceptional commitment to academics of our student-athletes, coaches and staff,” White said. “We’re all very proud of the culture of academic success within FAU athletics.”

The men’s side had seven teams post a 3.0 or better with the tennis team with a high 3.50 GPA. The basketball team posted a 3.02 GPA after their postseason run was cut short due to concerns with the coronavirus. They were scheduled to face North Texas in the quarterfinals in the CUSA tournament on March 12 when the conference pulled the plug on the season.

Approximately 51 players from the football team are in the “3.0 club,” including the likes of offensive lineman Junior Diaz and running backs BJ Emmons and Malcolm Davidson.

According to the press release, 54 student-athletes achieved a 4.0 GPA, 43 made the President’s list and 55 were on the Dean’s list.

“This spring was a challenge academically,” said Eric Coleman, senior associate athletics director. “Both the student-athletes and the academic staff should be commended for their efforts. The student-athletes were scattered throughout the world with syllabi changes to accommodate remote study, various Wi-Fi capabilities, and time zone issues to work through. In the end, the effort showed with a record-setting average. Congratulations to everyone.”

The list of all the student-athletes at FAU who obtained a 3.0 GPA or higher can be found in the press release here.