Even in the offseason, FAU’s Hockey Club not fazed by pandemic

“To be honest, the coronavirus has helped me and pushed me harder than before,” says leading point scorer Matias Weir. 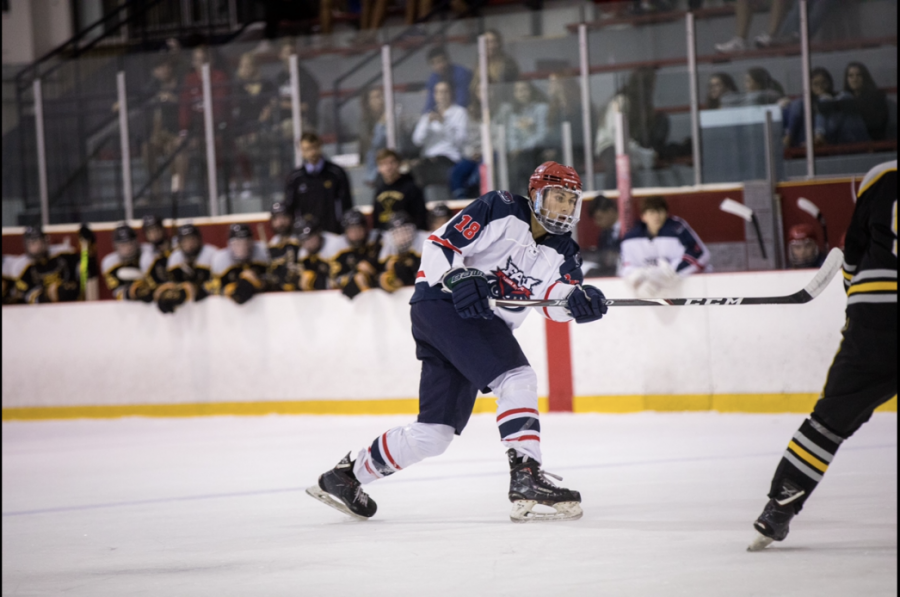 Defenseman David Israel (above) trains with teammate Matias Weir currently as they are motivated for this upcoming season. Photo by Kim Smith.

When FAU’s Club Hockey team got knocked out of the ACHA Regional Tournament by Ole Miss on March 7, they had no clue what was about to follow, forcing them to make significant changes to their offseason plans.

Just four days later, the ACHA Nationals were canceled for the remaining teams and ice rinks around the country would close due to the COVID-19 pandemic.

Although FAU wasn’t expected to play in the Nationals tournament, the cancellations still had a major effect on the club’s plans for the offseason.

It slowed down their search for a new head coach, forced players to find new ways to prepare for the season, postponed the men’s summer leagues that players used to train, and canceled the GMs and coaches meetings, delaying rule changes.

The players have also become creative, as they had to find ways to train while rinks were closed.

“Our situation is difficult because unlike many other sports, we are required to train on ice,” forward Sam Avers, who scored six goals and 11 points last season, said. “Since most of the ice rinks have been closed, many of the guys have resorted to the next closest thing: rollerblading.”

With rinks now open, the players are starting to get back on the ice, but for the time being, that option was able to get them ahead of the game.

Matias Weir, who led the team in points with 72 points in 25 games last season, was more motivated than ever.

“To be honest, the coronavirus has helped me and pushed me harder than before,” Weir said. “I’ve gained 13 pounds since quarantine [started] and I’m in better shape than I was during the season.”

Weir has been training with defenseman David Israel, and their workouts are fueled with motivation to do better next season.

“[The coronavirus] motivates us more, especially knowing that others are probably not doing the same,” Weir said. “Another factor that has been motivating me was the playoff loss against Ole Miss. I truly believe if I was in better shape for the team, I could’ve played better and the outcome could’ve been different. I’m going to be ready for next season.”

However, they were able to overcome those obstacles and select a head coach, who will be announced on Friday.

“The biggest thing that complicated our search for a head coach was the fact that tryouts for youth leagues got pushed back,” Gary Kaufman, the general manager for the FAU Hockey Club, said. “The rinks need to know how many coaches they need before we could pick one, so that hindered the decision.”

The team has been staying in touch via Zoom, a group chat, and group workouts, many of them headed by Israel, who does personal training on the side. They have plans to be doing full team workouts once it’s safe to.

With their eyes on a National Championship, the FAU Club Hockey team is fueled to start another impressive campaign in September.